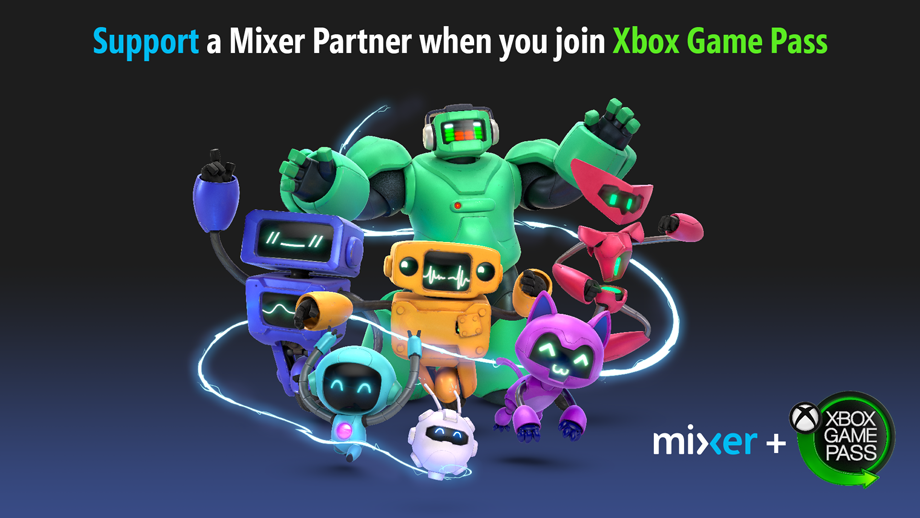 If you're looking to support your favorite creator on Mixer, you'll soon be able to subscribe to Xbox Game Pass to do just that.

Starting today, Mixer Partners will start earning $3 in compensation for each new member that joins the service and credits their channels with a code. New Xbox Game Pass members or those with accounts already subscribed will have 30 days from the beginning of their membership to use a special Partner Code on the Xbox app on PC or on the Xbox Game Pass app on iOS or Android.

You'll access this area by heading to the account menu in either app for Mixer and choosing "Support a creator." The PC app update is rolling out today, so some users may not see it right away, but look out for an update if you don't have it just yet. The mobile app update will be coming for phone and tablet users later this week. If you need to see a list of creators and their codes, you can check it out here.

Anyone who signs up for a new Xbox Game Pass membership can participate as well as others with existing memberships who decide to go up a tier to Xbox Game Pass Ultimate. You can do that and get your first two months for just $2, which will still count in a $3 bonus for your favorite streamer.

For a full rundown of the rules, be sure to check out the FAQ if you're interested in participating and supporting a creator.