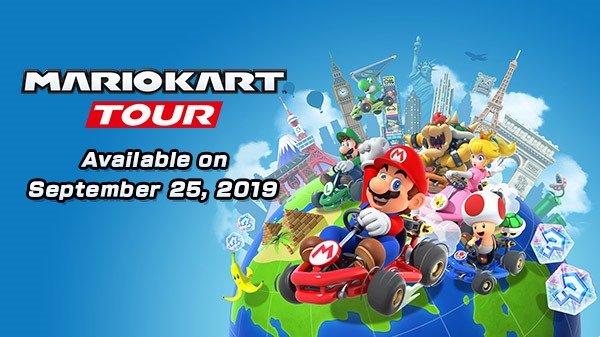 Buckle up, Mario Kart Tour gets a September release date

Nintendo's latest mobile game joins July's Dr. Mario World and the rest of the company's mobile cadre this September. You'll be able to pick up Mario Kart Tour for free on both iOS and Android, as it will be launching on both platforms at once this time around.

Mario Kart Tour was originally announced back in January 2018. It was projected for launch around March 2019, but ended up being delayed until summer 2019. There was a closed beta period for Android users only during May 2019, but it was only open for a select number of users.

Now, you can check out an official gameplay video before and gear up for a colorful, exciting romp through some of your favorite Mario Kart tracks. The gameplay video showcases playing as Donkey Kong, Peach, Toad, Mario, and Yoshi as they zip down each track, picking up power-ups and laying the smacketh down upon their opponents.

The official Mario Kart Tour Twitter account is open right now, and you can go ahead and pre-order the game on both iTunes and Google Play. Like the rest of Nintendo's mobile title (with the exception of Super Mario Run), it will be free-to-play with optional in-app purchases.

You can catch Mario Kart Tour as it races to an iOS and Android device near you on September 25.