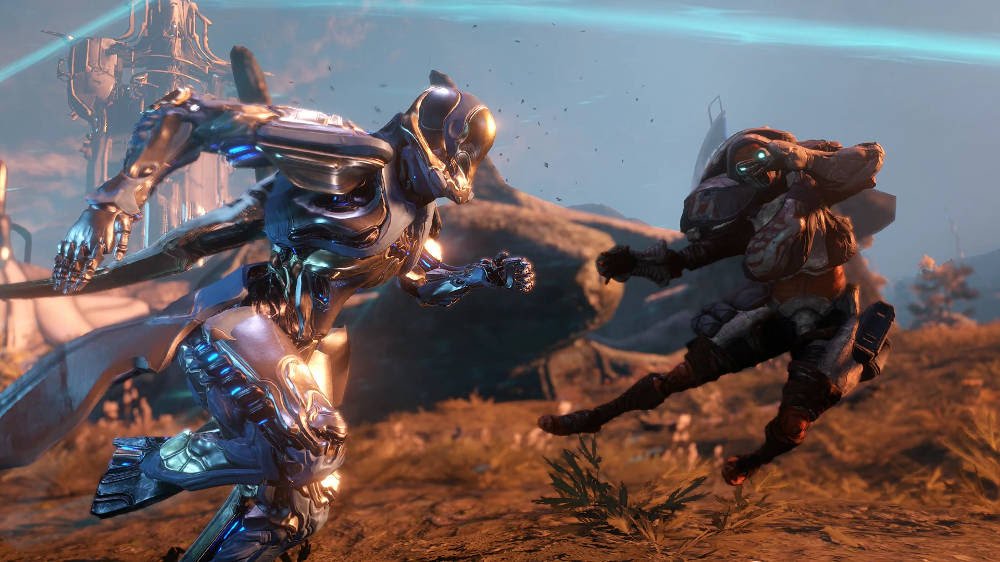 Warframe players have plenty to look forward to in the form of the Saint of Altra update, coming to Warframe this week on PC.

Players can tackle the 41st Warframe Gauss when the update hits, as well as a suite of other cool upgrades. Gauss can use kinetic energy to propel a wide variety of awesome moves and abilities. But Gauss isn't the only cool part of the update. You've also got the new Disruption Mode to look forward to as well. That's kinda what you get when you sign up for Warframe: some pretty rad abilities and places to explore.

Gauss can blow the doors off the competition with abilities like Mach Rush, Kinetic Plating, Thermal Sunder, Redline, and Passive, and the Warframe itself can be constructed from free parts in-game or purchased from the Marketplace either on its own or as part of a bundle. This includes the new Mission Launcher, Grenade Pistol, and more.

As far as Disruption Mode goes, it's now spread across the Origin system, and you'll be headed to a series of new planets completing mission types like Sorties, Syndicate Alerts, and Void Fissures. Here are just a few of the locations you may be able to spend time at.

All in all, this update is nothing to sneeze at, as evidenced here. Are you going to be jumping into the game to try out Gauss's myriad of new abilities?

You can download Warframe for free on PC with the new update this week, and plan for it to hit console versions within a month or so.