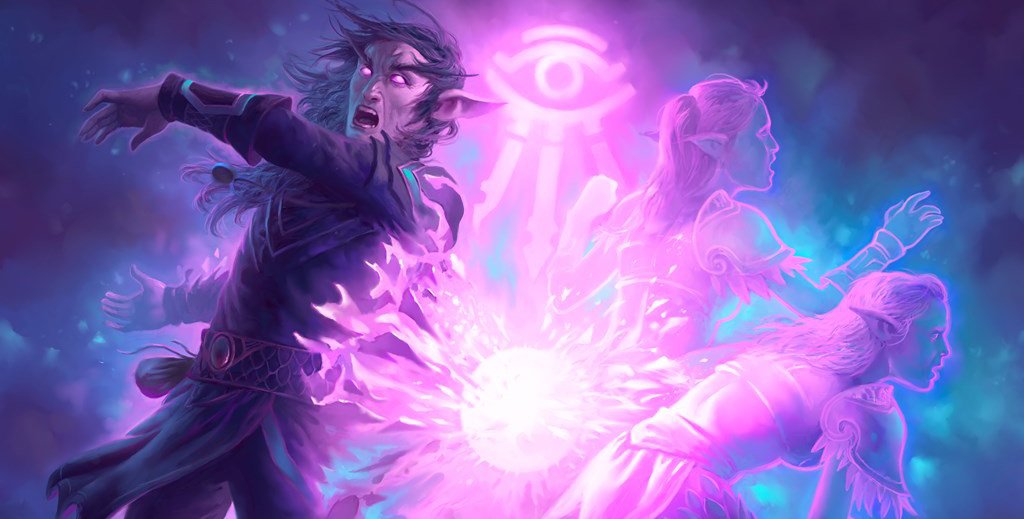 Hearthstone is almost a month into its latest expansion, but Blizzard is ready to shake up the meta in a big way with a big round of card adjustments. The newest patch is out today and it's nerfing a handful of cards that are frequently spotted in the Ranked ladder. The game's meta won't be the same after today, but just how drastic are these changes?

Shacknews is here to break down the biggest changes to hit the Hearthstone 15.1 update. We'll analyze each of the new card adjustments and spell out what this means for the Hearthstone meta as a whole.

Blizzard explanation: While Conjurer's Calling is a powerful tool that's found in a number of Mage decks, when used in decks focused around cards like Mountain Giant and Sea Giant, it was creating extremely powerful board states at a point in the game where opponents didn’t have effective answers.

Increasing the mana cost of this card will make using both copies of the Twinspell card in a single turn significantly more difficult, postponing these potentially overwhelming turns until later in the game when the Mage's opponent has more available resources to react to the board.

Shacknews analysis: We get the biggest change out of the way first. Conjurer's Calling was a criminally high value play, carrying a low cost of 3 mana, as well as the Twinspell property that allowed it to be played twice. As noted, players could get multiple 10+ mana minions on the board by Turn 4. Assuming that hasn't wrecked your opponent, the Twinspell property made it way too easy to play twice on Turn 6, creating an insurmountable board presence.

The cost increase to 4 mana is more than fair, as Mage players can still get that big board presence out there early, but can't abuse the Twinspell property in the mid-to-late game. Conjurer's Calling is not unplayable by any means and the Conjurer's Mage is still a high-level deck. It's just gone from an A to more of a B+.

Blizzard explanation: Buffing cards with the Rise of the Mech event was a big change in philosophy for us. While we are happy with the overall outcome of the changes, Luna's Pocket Galaxy has proven to be an exception.

An early Luna's Pocket Galaxy can often leave opponents feeling helpless if late-game minions were drawn in subsequent turns. This has occurred more often than we had intended, therefore we're reverting its mana cost back to its original value of 7, as was the case before the Rise of the Mech event.

Shacknews analysis: The impact of Luna's Pocket Galaxy in Conjurer's Mage proved to be far too deadly for this spell to be playable on Turn 5, especially when combined with the aforemtioned Giants and the cheap cost of Conjurer's Calling. And while Giants or other big-time minions like Archmage Antonidas and Alexstrasza can still turn a game around when their costs are reduced to (1), getting that online on Turn 7 sounds much more fair than getting it going at Turn 5. For one thing, it's a much bigger risk to essentially cede your turn in order to play Luna's Pocket Galaxy, so there's a much fairer downside for the Mage that wants to risk this strategy and more of a chance for the opponent to respond.

If you really hate the idea of not being able to play Luna's Pocket Galaxy for its more convenient 5-mana cost, there is a solution for you. Naga Sand Witch can still get that spell down to 5 mana, if you so desire. If that fails, worry less about passing by getting Tortollan Pilgrim going on Turn 8.

Blizzard explanation: We'd still like Dr. Boom, Mad Genius to be a great option for control Warrior decks looking to close out games, but right now the card gets played a bit too early. Increasing the mana cost to 9 should make it more difficult to find a good turn to play Dr. Boom, giving opponents time to make powerful plays as well.

Shacknews analysis: This is another perfectly fair move. The Dr. Boom Hero Card is one of those things that's eventually going to get played. It's inevitably. He's too powerful a resource engine not to get played. But postponing his deployment for Turn 9 at the earliest gives opposing players a fair chance to set up their win condition and try and put the game away sooner.

The bad doctor is too good to be left on the bench, so don't expect this change to deter any Warrior players from packing him in. He'll still be seen regularly, but this change makes him a high-value play similar to some of the old Death Knight cards and similar to the current Zul'jin.

Blizzard explanation: During the Rise of the Mech event, Priest was one of the weaker classes in the game. Buffing Extra Arms gave Priest a powerful spell for the early game to enable some of their board-focused strategies.

With the release of Saviors of Uldum, Priest has access to many more powerful early game minions and has seen a large jump in both popularity and winrate. Between all of Priests buff spells and heal effects, it can be hard to fight for the board against them early in the game. Increasing the mana cost of Extra Arms back to 3 should give room for other decks to challenge them early on, while leaving the powerful Priest minions and combos untouched.

Shacknews analysis: This is such a head-scratcher for me, because five minutes with the game should have made it patently obvious that Turn 1 Northshire Cleric and Turn 2 Extra Arms was too overpowered a sequence. This not only maintains control of the board against a lot of early-game minions, but healing that Northshire Cleric would then keep the Priest's hand flowing.

Of course, the revision of Extra Arms back to its old 3-mana cost makes it unplayable again. With its potential for abuse out the window, there's little reason to keep it around and wasting space in your deck. This won't kill the Combo Priest by any means, but it's certainly going to spell the end for Extra Arms' place in that deck.

Blizzard explanation: Barnes has been a hot topic in Wild format discussions for quite some time now, especially regarding how oppressive this card can feel when facing certain Priest decks.

While we're okay with Wild having a higher power level in general, Barnes stood out as too consistently powerful early in the game. Increasing his mana cost by 1 will let opponents have an easier time reacting, but still lets Barnes retain its identity as a way to summon specific minions early in the game.

Shacknews analysis: This took a while. It took a long while, in fact, but finally, RIP in pieces, Turn 4 Barnes. Combined with the Priest's slew of resurrection spells, Barnes proved to be a scourge in the Big Priest deck, able to be combined with massive minions like Y'Shaarj, Rage Unbound, Ragnaros the Firelord, and The Lich King. That was tough enough, but up to this point, Barnes was merely an irritating nuisance. Once this Standard year came along and introduced cards like Archmage Vargoth and Catrina Muerte with their end-of-turn effects, the time was finally here to deal with Barnes once and for all.

And so the Big Priest has been taken down a peg. It won't be the end of this deck type, though, as the Year of the Dragon continues to introduce wildly powerful minions to fit within that deck type, like the new Colossus of the Moon. Now it'll just take a little longer to get the resurrection train out of the station.

Now that the big Hearthstone update is here, what are your thoughts? Join the conversation and let us know how this will affect your decks going forward.