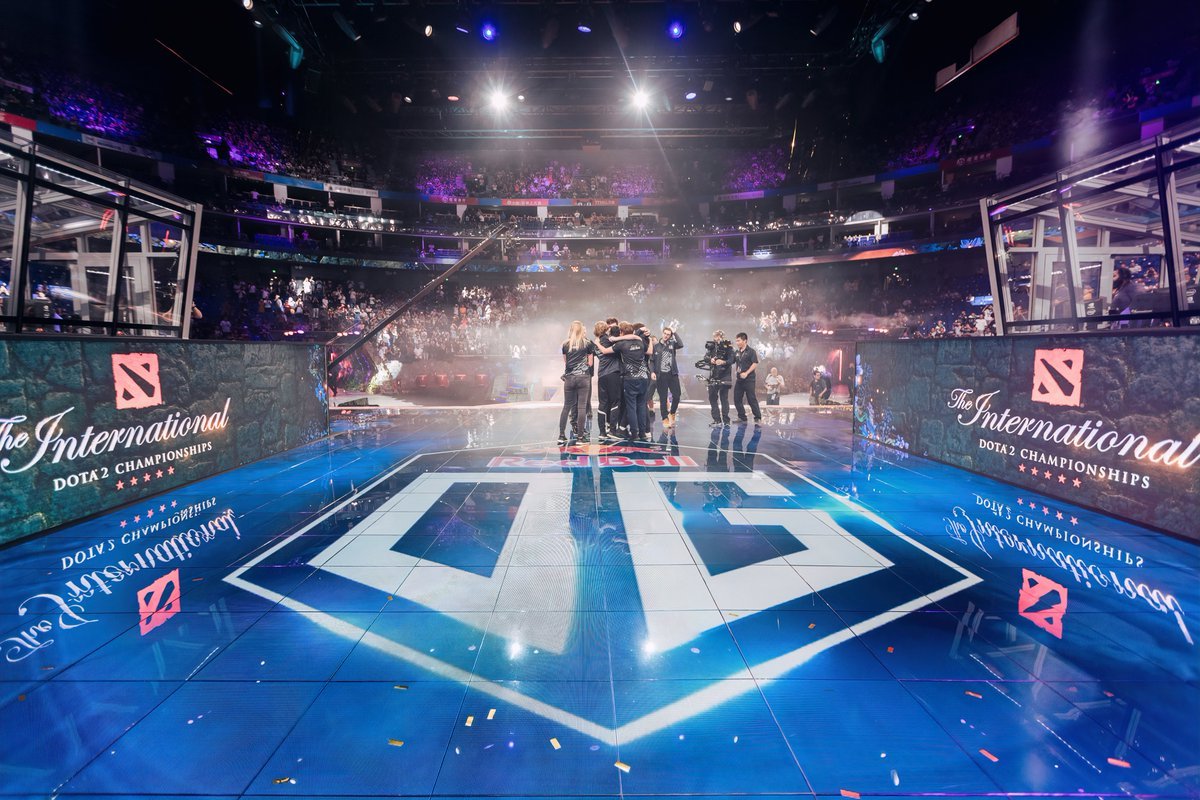 For those just waking up on this Sunday morning, you're waking up to esports history. Over in Shanghai, The Dota 2 International has come to an end. With a 3-1 win, it was OG knocking off Team Liquid in the Grand Finals to claim the Aegis of Champions in The International 9. What makes this victory particularly noteworthy is that it marks the first time ever that any team has repeated as Dota 2 world champions. And on top of that, OG has done it in back-to-back fashion.

We’re your The Internationals 2019 champions and double Aegis winners!

No one has ever done that in the history of Dota! #DreamOG #TI9 pic.twitter.com/18Ar8PZkTN

The finals started with Team Liquid keeping up a dominant run. Liquid had fought its way to Grand Finals with an 11-1 run in the lower bracket and actually managed to take the first game. Liquid caught OG by surprise, able to wreck OG's Ancient before they could mount a comeback. Unfortunately for Liquid, it was all downhill from there.

OG easily cruised through the next three games, dominating Liquid at every turn. Team fights almost always went the European squad's way. Topias "Topson" Taavitsainen, in particular, proved to be an absolute nightmare for Liquid, as he scored kills regularly as the Monkey King and Gyrocopter, proving to be a specific thorn in the side of Ivan "Mind Control" Ivanov throughout the series.

Liquid looked to regroup in the final game, but there was no stopping OG. Yet another kill streak for Topson proved to put an exclamation point on the series. One more team wipe at the 24-minute mark was all it took for OG to polish off the series and claim their second straight Aegis of Champions.

For their victory, OG claims the lion's share of one of the biggest prize pools in esports history. They walk away with $15,609,462. Team Liquid narrowly misses being the first two-time International winners themselves, but for their second place placement, they will receive $4,459,846. The prize pool is set to continue to rise as proceeds from the Dota 2 Battle Pass are calculated.

The International is going to reach its 10th iteration next year and that tournament will find its way to Stockholm, Sweden. The tournament location was revealed prior to the final day of competition.