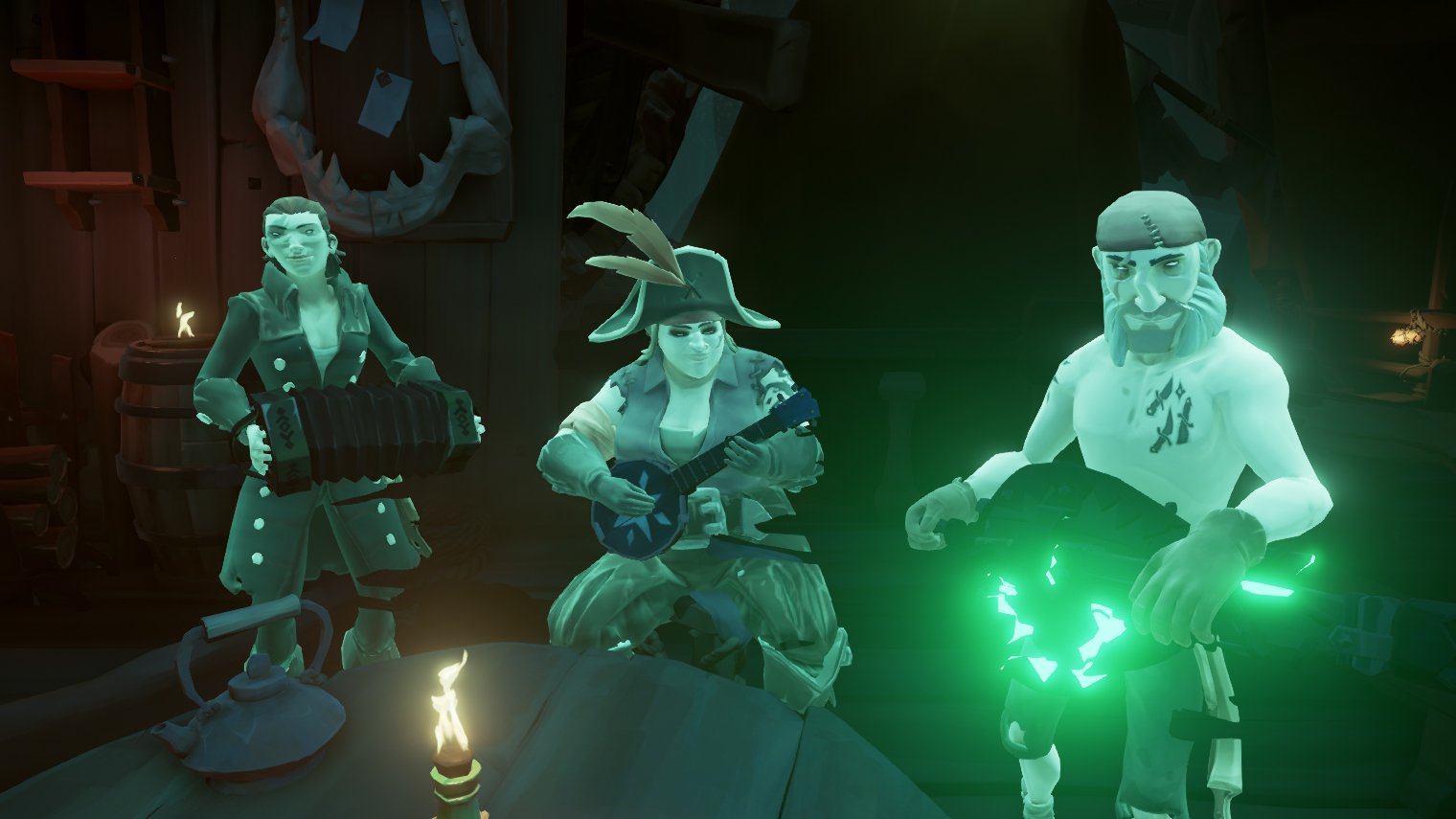 Banjos are coming to Sea of Thieves

They say good things come in threes (at least, that’s what I say) and Sea of Thieves is no different. For our third day of special reveals, it appears as if banjos are finally being added to Sea of Thieves.

No, we’re not talking about Rare’s iconic Banjo from Banjo-Kazooie, but the stringed instrument players have been clamouring for since release. The banjo was spotted in the Sea of Thieves Arena build at Gamescom 2019 by our very own Greg Burke.

While the build being used at Gamescom isn’t final, it’s great to see that Rare is working on bringing it to the game. Hopefully this means players will be able to get their hands on a banjo in the near future.

For those who have been playing along at home, banjo sounds made their way into the game a few updates ago. Some keen-eared players first heard the banjo sounds when the Shrouded Spoils update hit the game. Then, with the Anniversary Update, banjos would play whenever players went fishing.

While this was the first time players got to hear banjos, it wasn’t their first appearance. Standing in the middle of the Pirate Hideout, for all to see, is a ghostly pirate playing a banjo. It’s been right there all along.

The banjo would make for the fourth instrument in Sea of Thieves. The game launched with a hurdy-gurdy and concertina and the Hungering Deep update added a drum. The drum was directly tied to Merrick’s storyline and played a pivotal role in summoning a giant megalodon to battle.

There may not be similar fanfare surrounding the release of the banjo, but the reaction from the community is sure to make up for it.

It’s definitely a massive deal bringing a new instrument to Sea of Thieves, especially considering how music works in the game. The award-winning Robin Beanland, the Composer and Music Director at Rare, has created the music in such a way that allows players to harmonize with one another, drop in and out, pick up the lead, and even play while drunk. Adding a banjo to this mix is incredibly impressive.

If it’s not too much to ask, maybe we can have the duelling banjos tune from Deliverance added to Sea of Thieves?

I mentioned above that there have been some other Sea of Thieves reveals during Gamescom. In the event you haven’t heard, James Thomas, Lead Engineer at Rare, accidentally revealed during a live stream that the team is working on bringing fire to the pirate world. Executive Producer Joe Neate also revealed pet monkeys were in the Sea of Thieves build at Gamescom via his Twitter account.

After the monolithic Anniversary Update, it’s incredible to see just how many more ideas the team at Rare are working on. While nothing in the Gamescom 2019 Sea of Thieves build is final – or even guaranteed to be in the game – it’s exciting to see nonetheless.

Amazon is emailing customers about potential delays with their PS5 orders