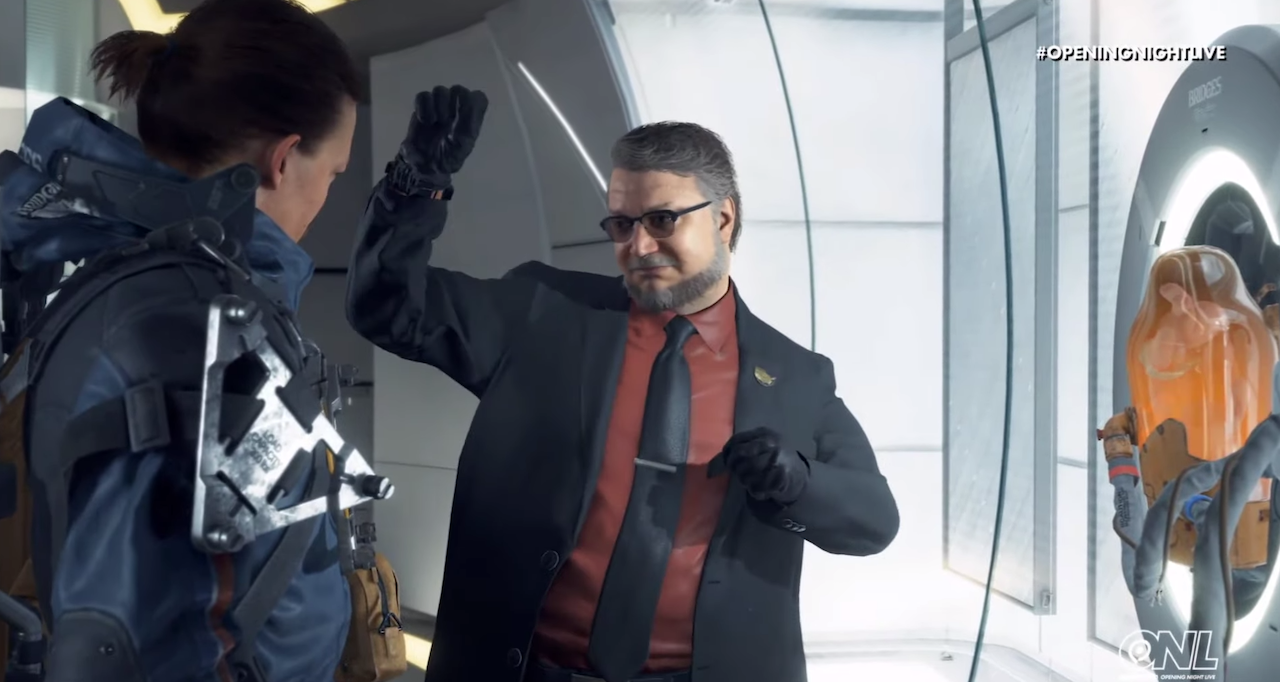 A slew of new Death Stranding footage was shown off by Hideo Kojima himself during today's Gamescom Opening Night Live, including an extensive look at gameplay, ranging from what Sam can do while out in the field and how he can interact with his BB Pod.

The first major gameplay segment at Gamescom 2019 we've seen from Death Stranding in quite some time centered around Norman Reedus taking a nap in a peaceful-looking valley, soothing the baby in his BB Pod. Suddenly, he jumps up, then begins urinating. You can see his bladder emptying by way of the HUD, and the urine ends up apparently fertilizing a mushroom of some sorts. Kojima stated following the footage that if multiple players choose to urinate in the same location, "something good" will happen later on.

The clip also shows off some of Reedus's character Sam Bridges' climbing skills, but he uses a ladder instead of showing off the typical "climb ledge, pull oneself up" strategy so many action game protagonists do. Later, Reedus falls from a cliff edge, lands pretty hard on the ground, and upsets the BB Pod baby. He ends up calming the baby down with a motion-controlled mini game, and the baby seems to quieten.

We've learned a lot more about how the BB Pods work and function in-game as well as why they're important in the first place, but we still don't know very much about the game's overall themes. At the very least, this new gameplay gives us something to analyze until the game finally puts us out of our misery and we can get our hands on it later this year.

Death Stranding, which will feature a star-studded cast including the likes of Norman Reedus, Nicolas Winding Refn, Mads Mikkelsen, Léa Seydoux, Guillermo del Toro and Troy Baker, is planned for impending release on November 8 for the PlayStation 4.