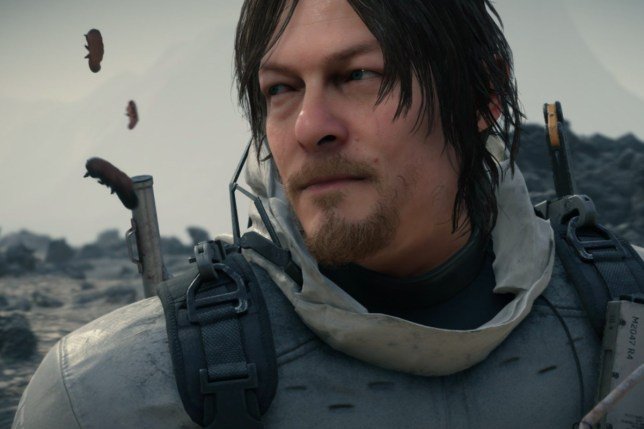 Hideo Kojima took to the stage at Gamescom Opening Night Live to debut a few new characters we can expect to see in Death Stranding when it releases this November.

During his time onstage, he showed off clips of Mama, Bridge Baby, and Deadman, in addition to sharing some new details on the story, which has been much of a closely-guarded secret, at least as far as its finer details.

Mama is portrayed by Margaret Qualley, and she's essentially what her name implies. Her baby was born on the "other side," which means she cannot see her child. They're connected by umbilical cord, and if she leaves her location, she would not be able to interact with her child. According to Kojima himself, her story is quite sad, and that's why she's tied to where

The other video introduced Deadman, who's played by Guillermo del Toro. Deadman offers a bit of an explanation to Sam about the BB Pod, or the Bridge Baby Pod. It's connected to the world of the dead, which helps strengthen the connection between BB and Sam. This allows Sam in turn to sends BTs. Players will adventure along with Sam and the BB to help "bridge together" the world, and the BB Pods are an important part of the overarching gameplay systems.

Kojima also showed an additional clip during his time onstage, where Norman Reedus's character Sam was seen interacting with the BB Pod itself as the two traversed a lengthy bit of landscape.

We don't have too much longer to wait until we can finally dig into the game and see what it's all about. Death Stranding is poised to launch on November 8.