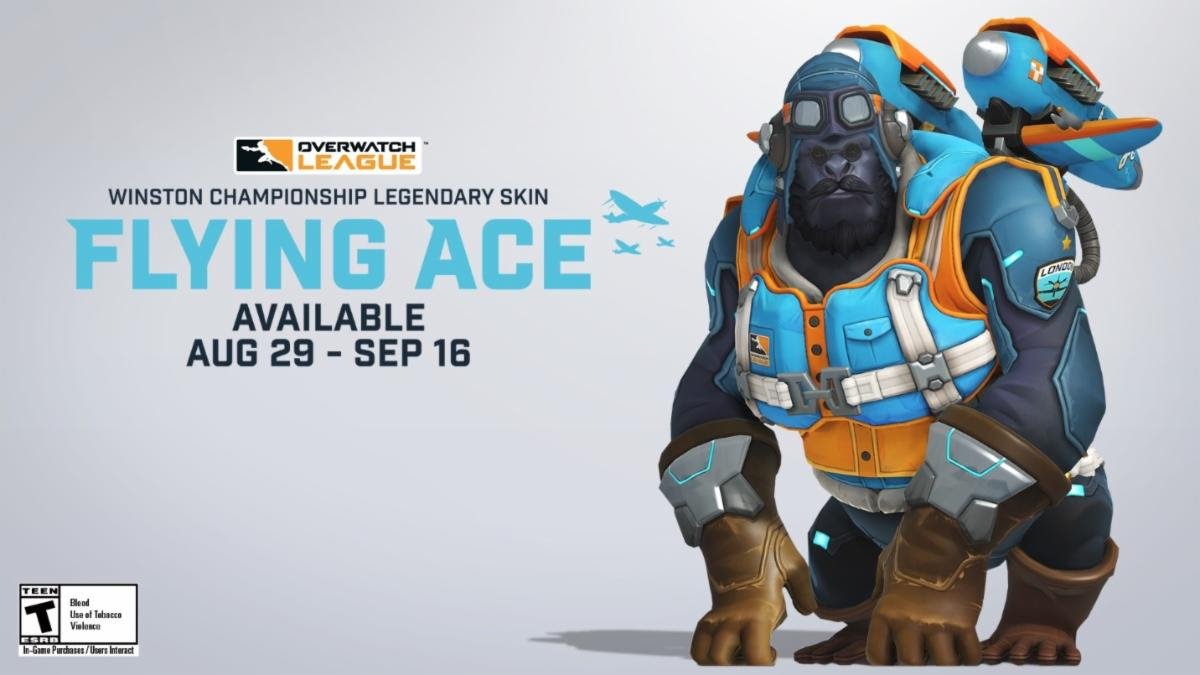 Looking for a way to celebrate your favorite Overwatch League team in-game? You can do just that with a brand-new Winston skin.

The "Flying Ace" skin will cost 200 League Tokens on all versions of Overwatch and will be available from August 29 through September 16. You've got just a few weeks up to decide whether or not you want to pick it up, at least, right?

The new skin was shown off to the London Spitfire as they visited Blizzard HQ in Irvine, California to take a look at it before it goes live. As part of their visit, they toured the campus, met up with Overwatch developers, and learned a bit about the process that went into bringing the skin to life.

The Flying Ace Winston skin, a celebration of the @Spitfire’s championship moment, puts a whimsical twist on a vintage design. 🐒 #OWL2019