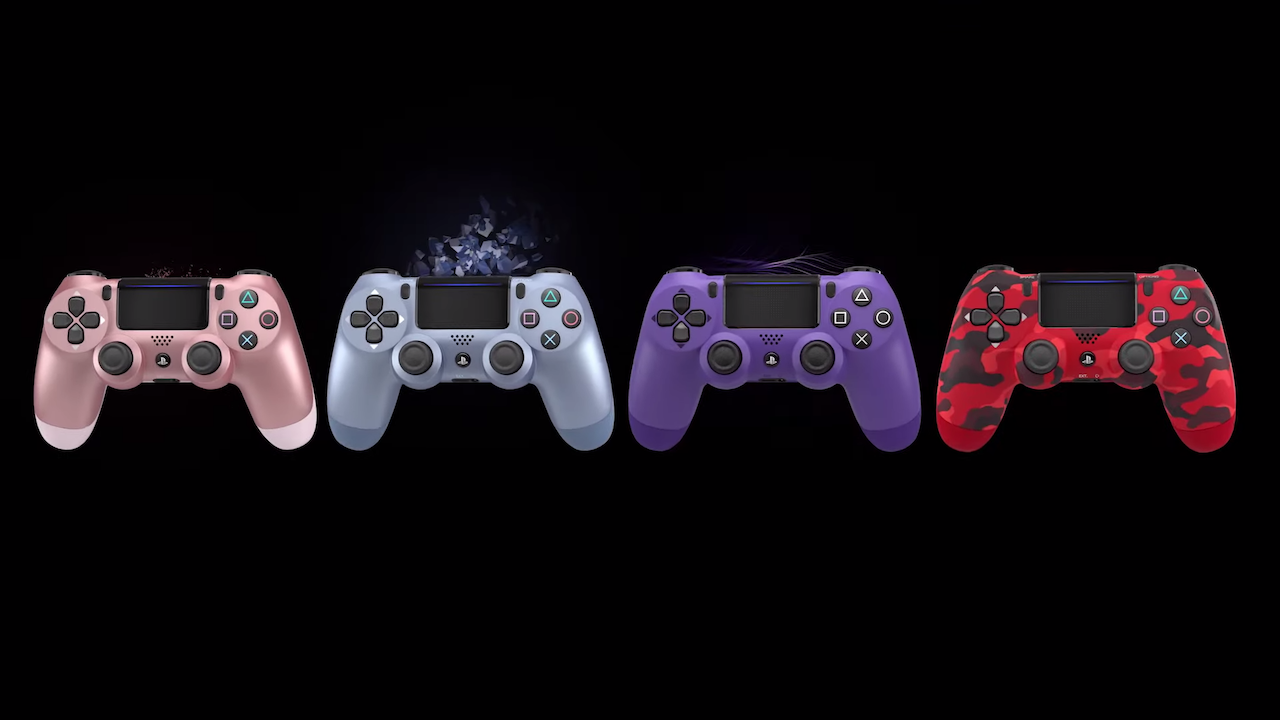 Looking to adopt a new PlayStation 4 controller? Sony has you covered, with a set of four new colors coming out later this fall.

PlayStation showed off the new looks in an official blog post on Thursday. This brings the total of colors up to over 25, as the company previously introduced quite a few into the mix, such as Sunset Orange and Red Crystal. The latest batch is very attractive and has a little something for everyone. You can opt for Electric Purple, Red Camouflage, Titanium Blue, or Rose Gold out of the upcoming color selection, which is poised to debut later this fall.

Finally, there's a bright purple option, which should be a boon for fans who have been clamoring for a similar color since Sony decided to roll additional hues of the classic controller out.

If you opt for the Rose Gold controller, you can pair it with the upcoming Rose Gold Edition headset as well, which is scheduled to arrive this November. It's the same tech as the Gold Wireless Headset that Sony previously released, but it has a Rose Gold metallic finish and embossed PS Shapes on the inside.

All controllers will be available in September across the US and Canada for $64.99 in the US and $74.99 in Canada. The headset will be $99 in the US and $119 in Canada when it arrives in November. Now, the question is, which ones will you be picking up, or are you planning on getting them all?