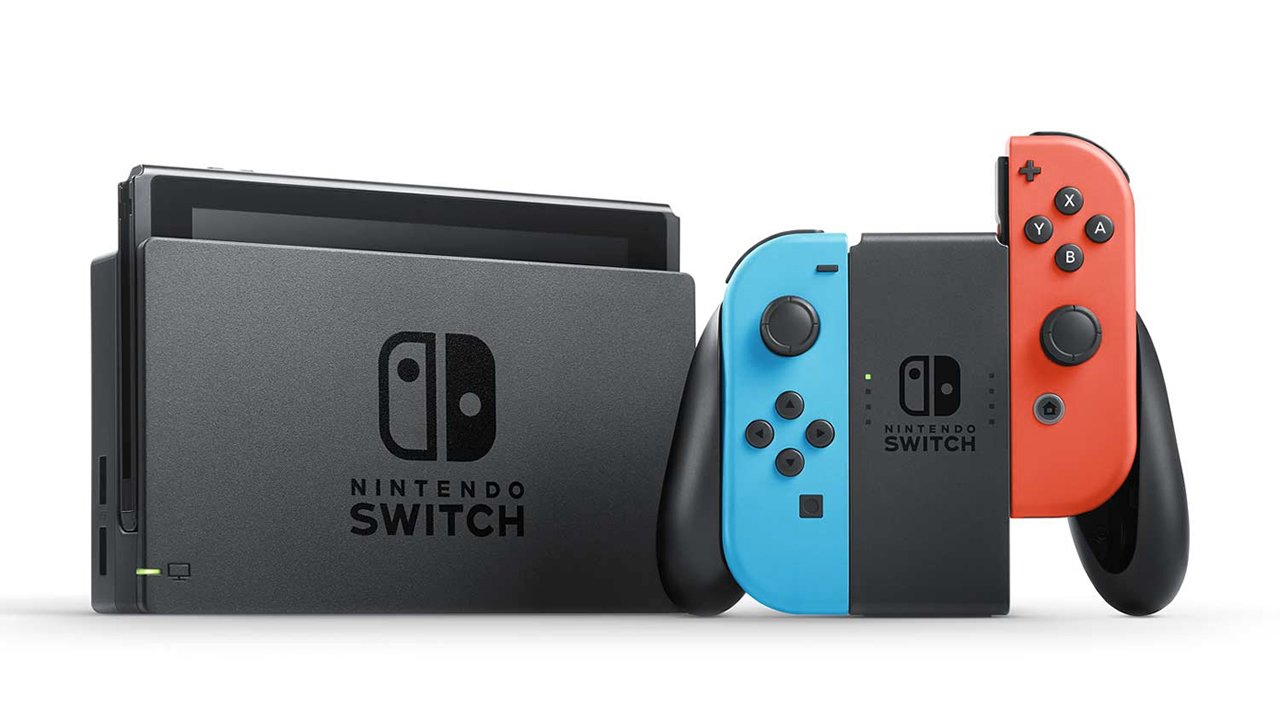 How to identify the new Nintendo Switch model

The new Nintendo Switch model offering improved battery life is practically identical to the previous system. However, Nintendo has done a few things to make sure players can identify the new model.

First and foremost, the new Nintendo Switch is packed in a different box. The new box, featured in the image above, shows the system and a television sitting on top of a red background. For added flair, the right Joy-Con is also sticking out of the Joy-Con grip.

Compare this box to the previous box, featured below, which shows the Switch and television on a white background, with a hand sliding the console itself into the dock.

If you're looking for the new Switch on store shelves, this should be your most obvious clue. However, there are a few other things to look out for. Mainly, the improved system is identified with a new model number starting with the letters HAD, i.e. HADSKAAAA or HADSKABAA. This contrasts with previous models which are identified with HAC. These systems also carry an updated serial number that begins with XKW, whereas the original system's serial number begins with XAW.

With that said, Nintendo's own FCC filing for the device shows the unit labeled as HAC-001(-01). It's possible that one or both of these new model numbers will be found alongside store listings for the new system — just avoid the ones with the number HAC-001 (without the extra -01 in parenthesis), as that is the model number for the previous version of the console.

As for the console itself, players should find "MOD. HAC-001(-01)" printed onto the back of the unit just above the air vents.

Where to find the new Switch with improved battery life

Fortunately for online shoppers, major retailers such as Walmart, Best Buy, and Amazon all have separate product listings for the new Switch models. As for the rest of the retailers out there, it's best to double-check the product numbers before purchase just to make sure you're getting the updated hardware.

Contrary to what players may expect, the new Nintendo Switch does not feature a bigger battery. In fact, labeling the hardware as new is a bit of a misnomer, as it's effectively identical to the old models save for an updated SoC (system-on-chip) and updated NAND memory.

Otherwise, the two units are effectively the same — right down the manufacturer's suggested retail price of $299.99. There's really no reason for buyers to get anything other than the new Switch, sometimes called the Switch V2, as improved battery life is the only significant change to the console.

It shouldn't be too hard to find the new Nintendo Switch V2 with improved battery life in stores: Just look for the box with a red background, and confirm that the model number is HAC-001(-01). For more hot tips and how-to guides, drop by the Modojo @ Shacknews home page.