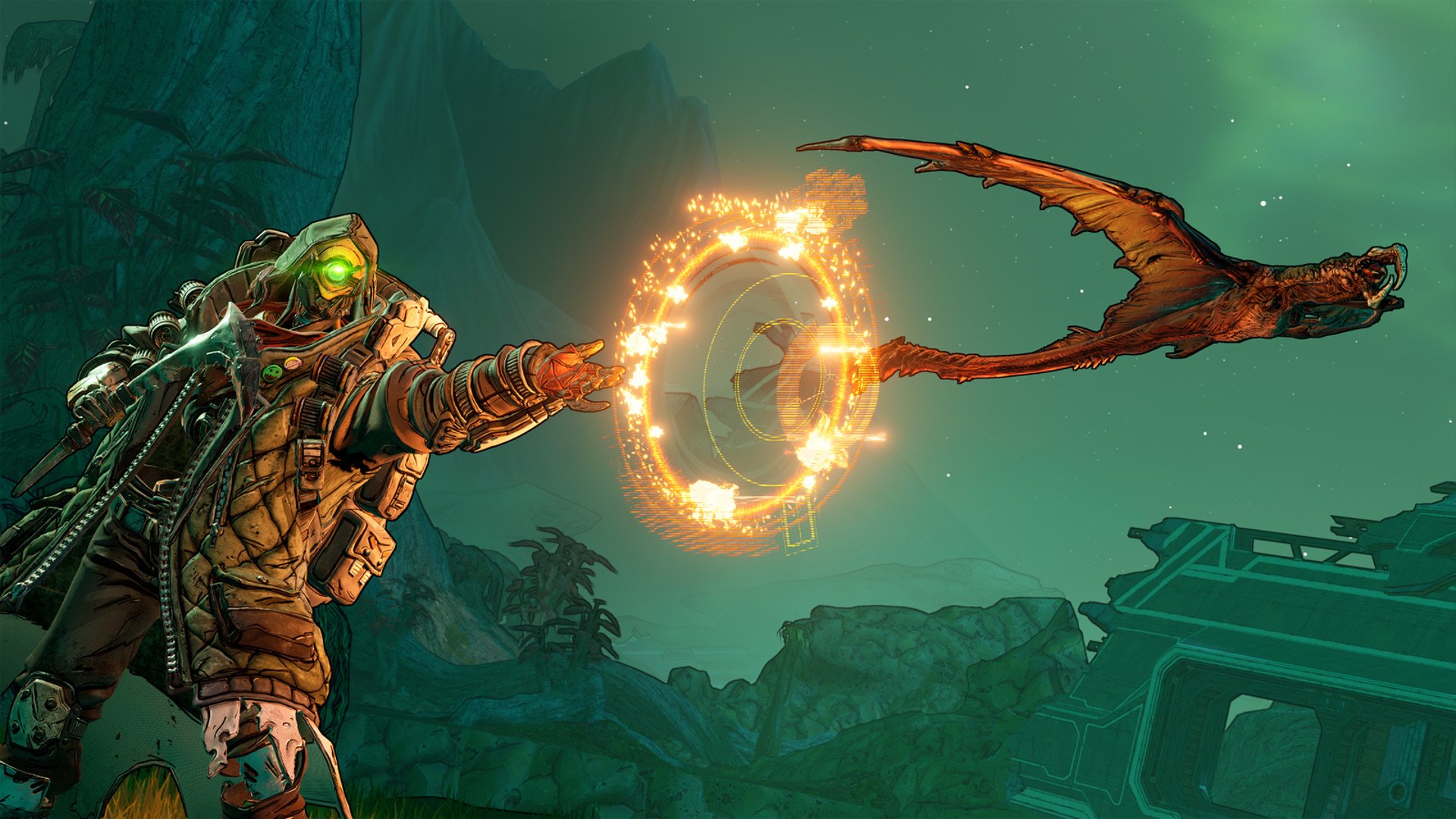 The long wait is almost over and the highly anticipated Borderlands 3 is less than a month away from releasing itself all up in consoles and PCs everywhere. But before the game experiences full release, there’s one more member of the family that it wants to introduce to you. I don’t want to say they saved the best for last, because all the new playable characters we’ve seen so far for BL3 are awesome and intriguing in their own ways, but FL4K is definitely one that is bound to catch the eye of many a would-be Vault Hunter. With an Xbox controller in hand, I had a chance to dive deep into some hands-on time with a PC build of Borderlands 3 to see just what kind of mayhem I could get up to with the mad machine.

First and foremost, FL4K is an animal lover, but their capacity for love seems to end there and become overwhelmed by their passion for eradicating their bounties. But being the poster-child for PeTA that they are, FL4K is never without an animal companion. Players will be able to swap between one of three AI-controlled pets at a time that will be joining them on their adventure: A Skag pup that just can’t wait to tear into some enemy flesh, a Spiderant with a drill on one of its legs, and a simian-like Jabber that will occasionally throw toxic barrels at your enemies. These pets can come in handy for more than just combat too and depending on how you augment your skill tree they may gain additional skills such as the ability to revive a downed FL4K. And if all that wasn’t enough, you can pet them and let them know what good pets they are.

To me, at least, each of these new characters for Borderlands 3 feels like a mash-up of archetypes from previous entries in the series. In particular, FL4K feels very much like a cross between Mordacai’s hunting class in BL1 and Zer0’s assassin class in BL2. This is heavily reflected in the character’s special abilities since they can call in some exploding Rakks that function in a similar manner to Mordacai’s Bloodwing, and they also have the ability to make themselves invisible to get out of sticky situations much like Zer0. However, the ability to turn their pet companions into massive, unstoppable beasts for a short amount of time is 100% pure FL4K.

It’s weird, with every Borderlands I’ve actually played I've gone against my usual type. Where I’d normally go for a DPS or tank class I actually go against my own grain in this series. Since I spent my time in the last two games mainning the aforementioned Mordacai and Zer0 there’s a good chance that FL4K and I are on the road to being the best of friends, if they’re even capable of having a BFF. Be sure to check out the videos embedded in this article to get a good look at this feisty AI bounty hunter in action as well as a better look at their skill tree.

Players will get a chance to try out FL4K as well as the other three new playable characters when Borderlands 3 launches on September 13 for PS4, Xbox One, and PC. Until then, be sure to check back here and over on our Shacknews and GamerHubTV Youtube pages for all our Borderlands 3 pre-launch coverage.

What would Nickelodeon All-Star Brawl look like with a Smash Ultimate-sized roster?