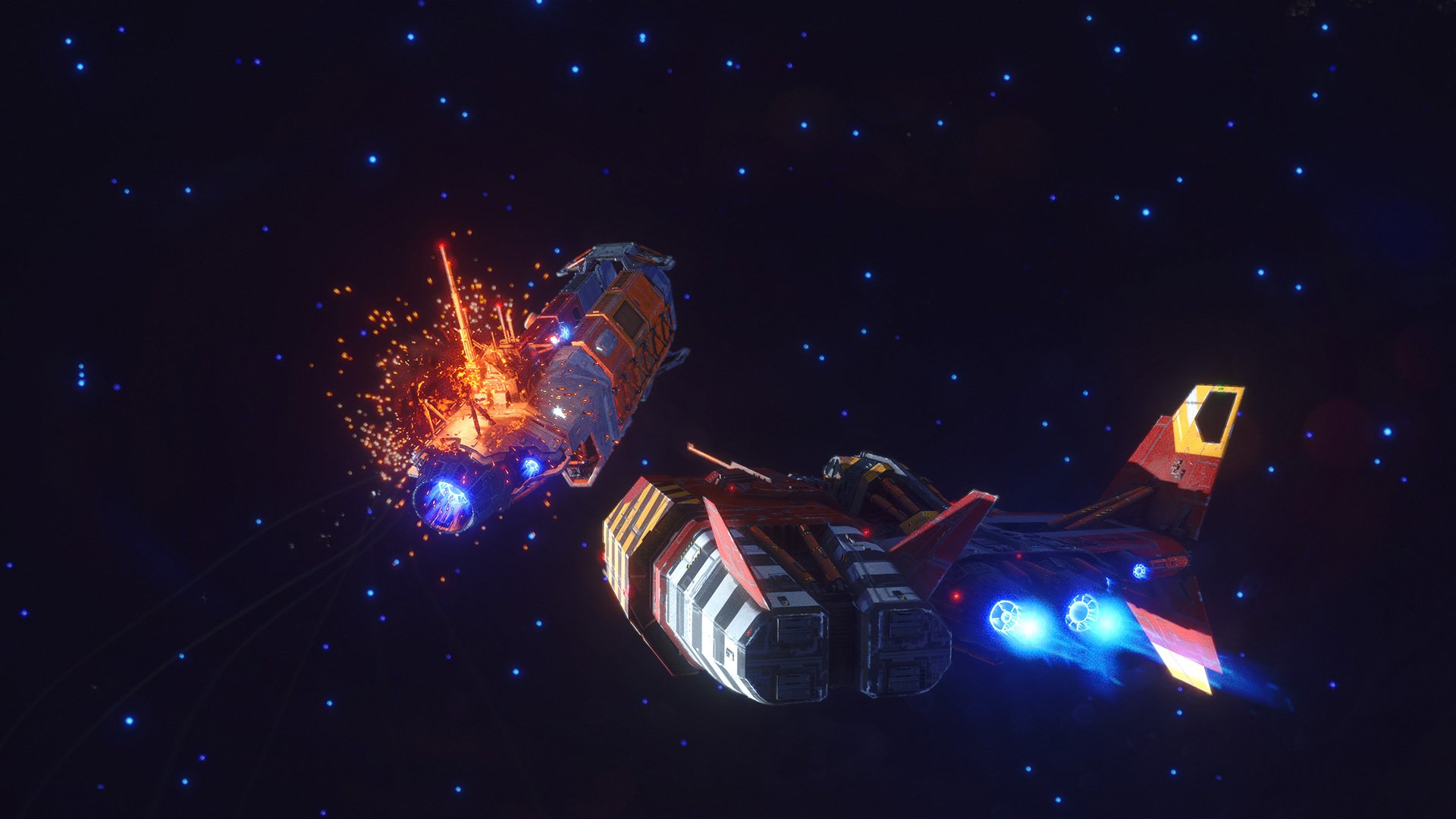 Rebel Galaxy Outlaw is shaping up to be one of the most exciting indies of the year. With hours upon hours of gameplay promised, many science fiction fans have got to be wondering, is Rebel Galaxy Outlaw every going to come to Steam? The good news is we have the answers. Here's what you need to know.

The short answer? Yes, Rebel Galaxy Outlaw is coming to Steam, but not right away. The game is only available on the Epic Games Store right now, as of the game's official release tomorrow, August 13. However, the developers have cited on their FAQ page that the game is set to come to Steam in around 12 months, which should put it releasing some time in August 2020. So, if you're waiting to pick it up on Steam, you have a good few months ahead of you.

But, don't let the Epic Games Store exclusive turn you away from this exciting little sci-fi gem. Set as a prequel to the original Rebel Galaxy, Rebel Galaxy Outlaw takes a much more cockpit-centric approach to space combat. There's plenty on hand here to keep sci-fi fans busy, and it's not a game you'll want to wait around on.

For more information on Rebel Galaxy Outlaw, you can check out the official website for the game. According to the game's homepage, Rebel Galaxy Outlaw follows a young pilot named Juno Markev who has quite a debt to pay off. Here's what the developers have to say about Juno:

Juno Markev was an outlaw and smuggler who went straight and settled down, until her husband was murdered on what should have been a simple shipping run. She’s on the trail of the guy that did it.

Things don’t go as planned. After an encounter in a shady watering hole goes bad, her ship is destroyed. She finds herself in debt to an old friend and casino owner who gives her a rustbucket and some words of advice.

As you can see, Juno has quite a bit to worry about in Rebel Galaxy Outlaw, and players will need to be on the tip of their toes to stay alive. Make sure you pick up the game tomorrow via the Epic Games Store, or if you feel like missing out on such a great little gem, you can always wait 12 months for it to make the jump to Steam.