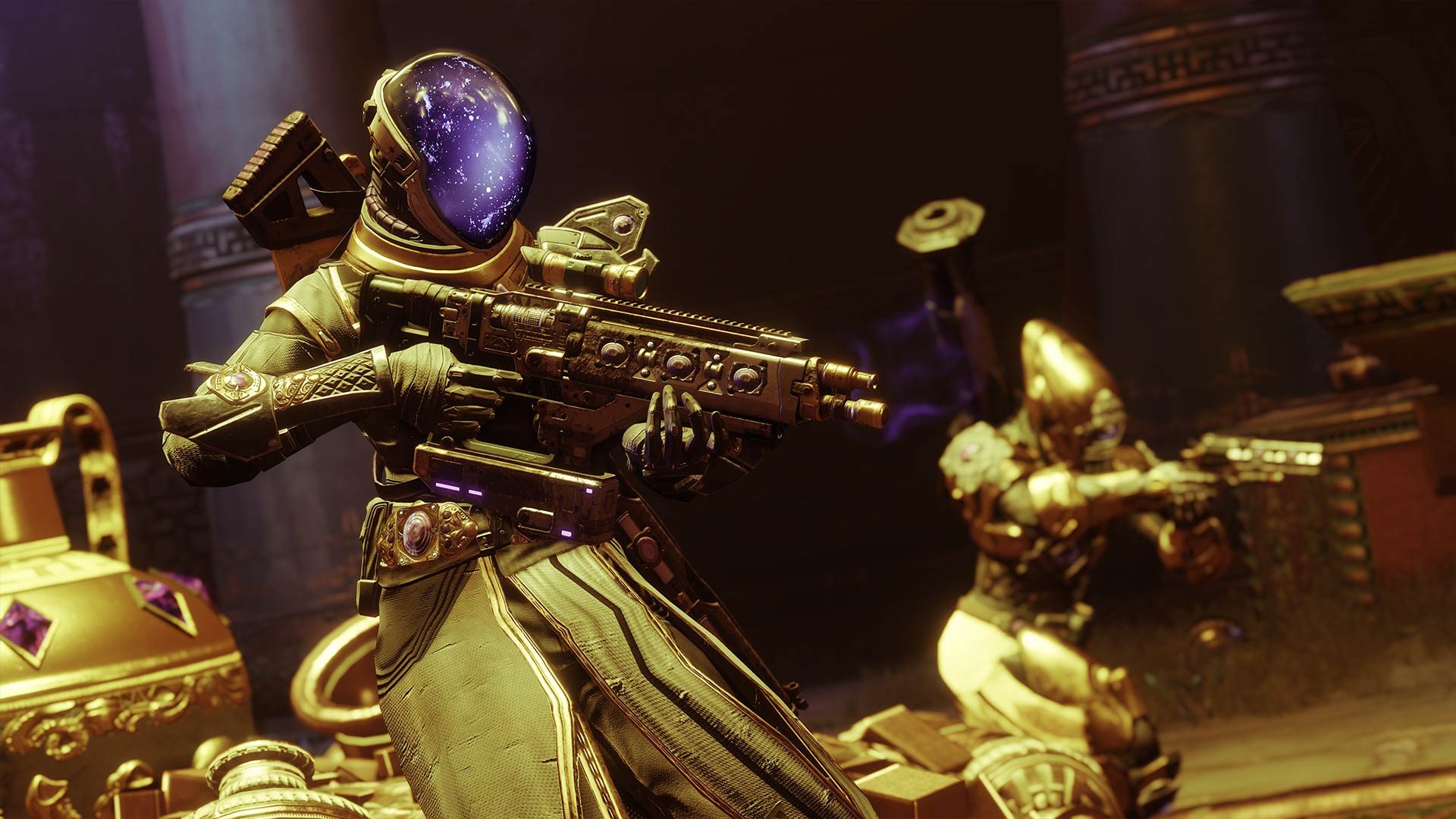 Destiny 2 details Cross Save release date ahead of Steam move

Destiny 2 is about to undergo a seismic change, in more ways than one. It's more than a fall season filled with new content. Bungie's looter shooter is about to exit its old PC home on Blizzard's Battle.net service and set course for its new home on Valve's Steam storefront. Alongside that move, Bungie also appears ready to open the door to Cross Save for the first time.

On Monday, Bungie announced on Twitter that it would usher in Cross Save in the very near future. This will allow users to take their Guardians from a single account to their copy of Destiny 2 on either Steam, PlayStation 4, Xbox One, and even the upcoming Google Stadia.

"Cross Save enables you to choose one Destiny player account (your Active Account) that you can access from wherever you choose to play," reads the Bungie website. "Although this is not a permanent action, we did build this new feature as something that players will activate just once to support a hobby that spans more than one platform where Destiny can be played."

This, however, does not mean the ability to party up with players on other platforms. Bungie does make it clear that Cross Save does not allow for real-time interaction with players on other platforms, only that they can jump from various platforms and play with their same Guardians. Consider it more as a way to engage in solo missions or open world events whenever you aren't around your usual platform of choice. With that in mind, take note that your previous game purchases and your Silver will remain on your main platform.

Cross Save is expected to launch on August 21. This is one day after players can officially begin transfering their Destiny 2 accounts from Battle.net to Steam. If you need information on how to make that transfer, be sure to read up on How to transfer your Destiny 2 account to Steam. And prepare for Destiny 2: Shadowkeep, which is set to release in October on all platforms.