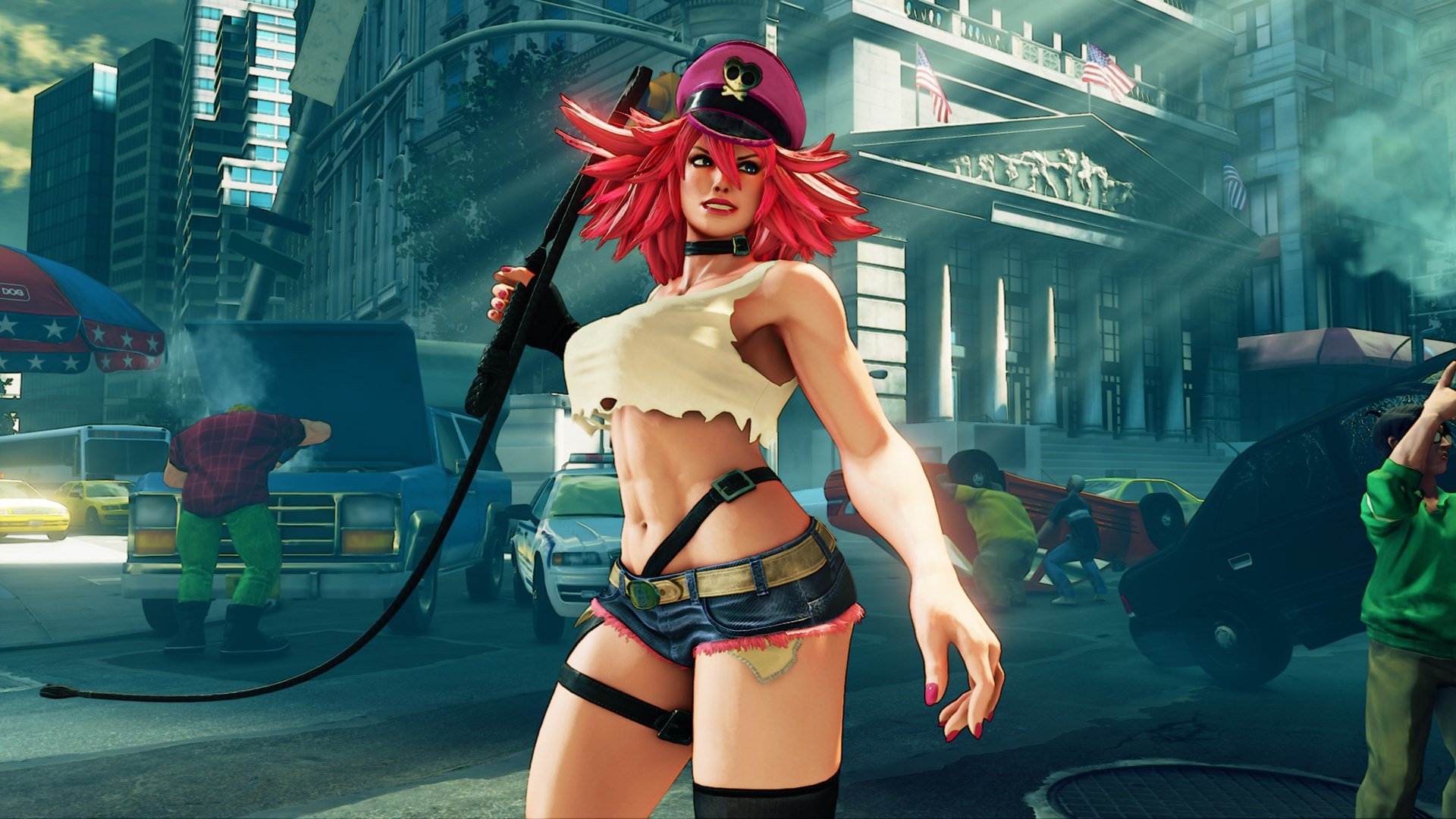 Street Fighter 5: A guide to Poison and her moves

While Street Fighter V: Arcade Edition has welcomed in fighters from the series' past and present, it's also been home to the characters from Final Fight. The latest one to join the fight is Poison, making her return from Ultra Street Fighter IV. But Poison is bringing along a lot of new tricks, ones that take full advantage of Street Fighter V's various mechanics.

Anyone expecting the return of the Ultra Street Fighter IV Poison won't find her here. This feels like a different animal and one that's somewhat friendly to casual players. She's got a lot of complexity to her and it's going to take a certain type of player to really get the most out of her.

Poison's V-Skill is one of the biggest additions to her arsenal and it takes some getting used to. She can swing across the screen, not quite like Spider-Man, but close. It's a handy tool to close distances fast and dodge some projectiles. Learning exactly how far it can travel is important, especially if you want to use it as part of a juggle. If you land a hit with it, you can follow-up with a second strike. It can even start a combo. Just be careful, because it's very much not safe on block and she's left quite vulnerable if she swings right into a blocking opponent.

Heart Raid is good for maintaining distance between Poison and her opponent. It has a bit of a slow start-up, but you can cancel it if you see the opponent about to move in. The EX version of this move will actually bring your opponent closer to you, so use that take advantage of Poison's V-Trigger II.

Beginners will want to opt for V-Trigger I, just because the Molotovs are so effective as anti-air tools. If you've got an opponent that likes to take to the skies, bring them down with one of these. Even if it misses, it'll cause some chip damage that could get you closer to victory. If you need an actual setup for a Molotov, launch your opponent into the air with Shocking Heel and catch them with a quick Molotov while they're airborne.

So how have the top Street Fighter V players in the world taken to Poison? There don't seem to be a lot of players that have weighed in on their Poison thoughts, but I did think it was important to share this nugget from fighting game caster James Chen, regarding Poison's play style.

I mean, seriously, in Final Fight, she's fast, flips around the screen, wall jumps, total pixie character. Then she shows up in Street Fighter and she's a fireball zoner?!? I heard that's how she was in Final Fight Revenge, but do we REALLY want to base any char off that game?!?

Streamer SonicSol has been one of the more vocal proponents for Poison. He's been diligintly working in the lab, piecing together some killer combos and wild tech. And he's showing off that quicker Poison players can pluck players right out of the air and pull off some long strings of attacks.

Leah "gllty" Hayes has been working on her Poison game, as well, showing off how well Shocking Heel can transition to a multitude of air combos. She also shows off how effective Avant Line can be as an anti-air move.

The new characters were legal at this week's Wednesday Night Fights and Frankie "Stupendous" Lee was more than happy to pick Poison up. Stupendous shows that V-Trigger II can have some other interesting applications, like baiting your opponent into blocking by feinting a Heart Raid. If the opponent blocks, grab them with the V-Trigger II throw. He also demonstrated how well Avant Line can combo into Love Me Tender and... just about anything else, really. (Also look out for Tania "Killer Miller" Miller, who puts up a strong showing with Honda.)

How's your experience with Poison so far? Join the conversation and jump into the comments and let us know. Don't forget that there's a Street Fighter V: Arcade Edition free trial going down right now through the end of the week. For more on Poison and the other new characters, check out Capcom-Unity.