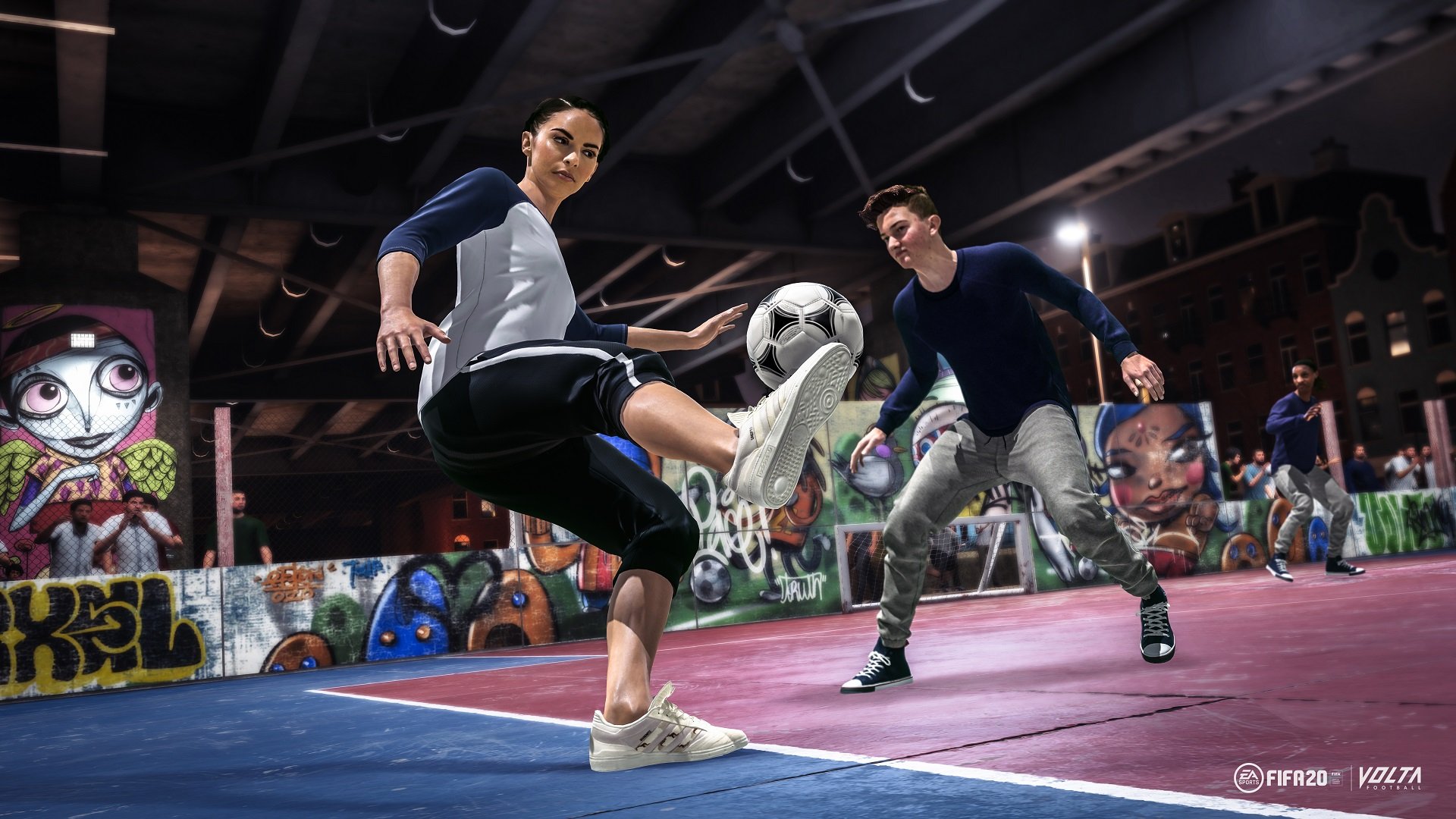 FIFA 20 is set to bring back many of the features that have made it the premier soccer franchise in video games. EA Sports will look to improve on many of those features. But there's also something new that the team is looking to add for this latest entry to the series. FIFA 20 will embrace a different kind of soccer, stepping away from the pitch and moving into the streets.

VOLTA Football, one of the biggest additions to FIFA 20, is street-style soccer, not played on a traditional soccer field. Instead, it's played on the streets, on playgrounds, in cages, and in gymnasiums. It's a very different kind of soccer experience and one that Shacknews was interestedin checking out for ourselves.

It should immediately be noted that VOLTA Football is not the old FIFA Street series. This is something noticeably different, though it is something that's build using the current FIFA engine. VOLTA Football stands out thanks to the aforementioned different locales that lend themselves to a smaller, more intimate soccer experience.

You'll still be able to use existing teams, such as Real Madrid, Manchester United, and Liverpool. But you'll play in smaller 3v3, 4v4, and 5v5 scenarios. That's to account for the smaller sizes of the venues. While a soccer pitch can stretch across for 120 yards, a VOLTA venue will stretch across something the size of a typical basketball court. There are no goalkeepers for the most part, though there are different match types where they'll be allowed. But from our play time, they're not really necessary, mainly because the size of the goals are much smaller than a standard soccer game.

Games move at a much quicker, more free flowing pace and have more room for showboating and circus-style flair. Some VOLTA locations will be held with walls, meaning there is no putting the ball out of bounds. It also means that balls can be banked off walls, allowing for fancier passes and shots. Bounce passes were flying left and right during our hands-on, as were diving shots or shots from the back foot. Speaking of fancier moves, VOLTA offers an extra button input for flair moves, which can include fancy dribbles or shots. There looks to be a lot of different ways to play VOLTA Football, with EA promising House Rule variations that introduce different conditions that wouldn't be seen in any standard soccer match.

Beyond that, VOLTA Football also looks to have its own distinct story mode, separate from FIFA's The Journey campaign. Players will create their own character, who will look to join a local street soccer club. The idea will be to increase the team's prestige by beating clubs from around the world. Players will travel to different spots across North America, Europe, Asia, and more. Many of those locations will be populated by user-generated VOLTA squads, uploaded over the course of their play.

VOLTA looks to offer quite a different soccer experience, which should be fun for anyone looking to step away from the usual FIFA grind. This mode will be playable both locally and online, the latter offering a special VOLTA League. There's more to this than what we played, so check out more details on the FIFA 20 website.

Look for FIFA 20 to release on PC, PlayStation 4, and Xbox One on September 24.