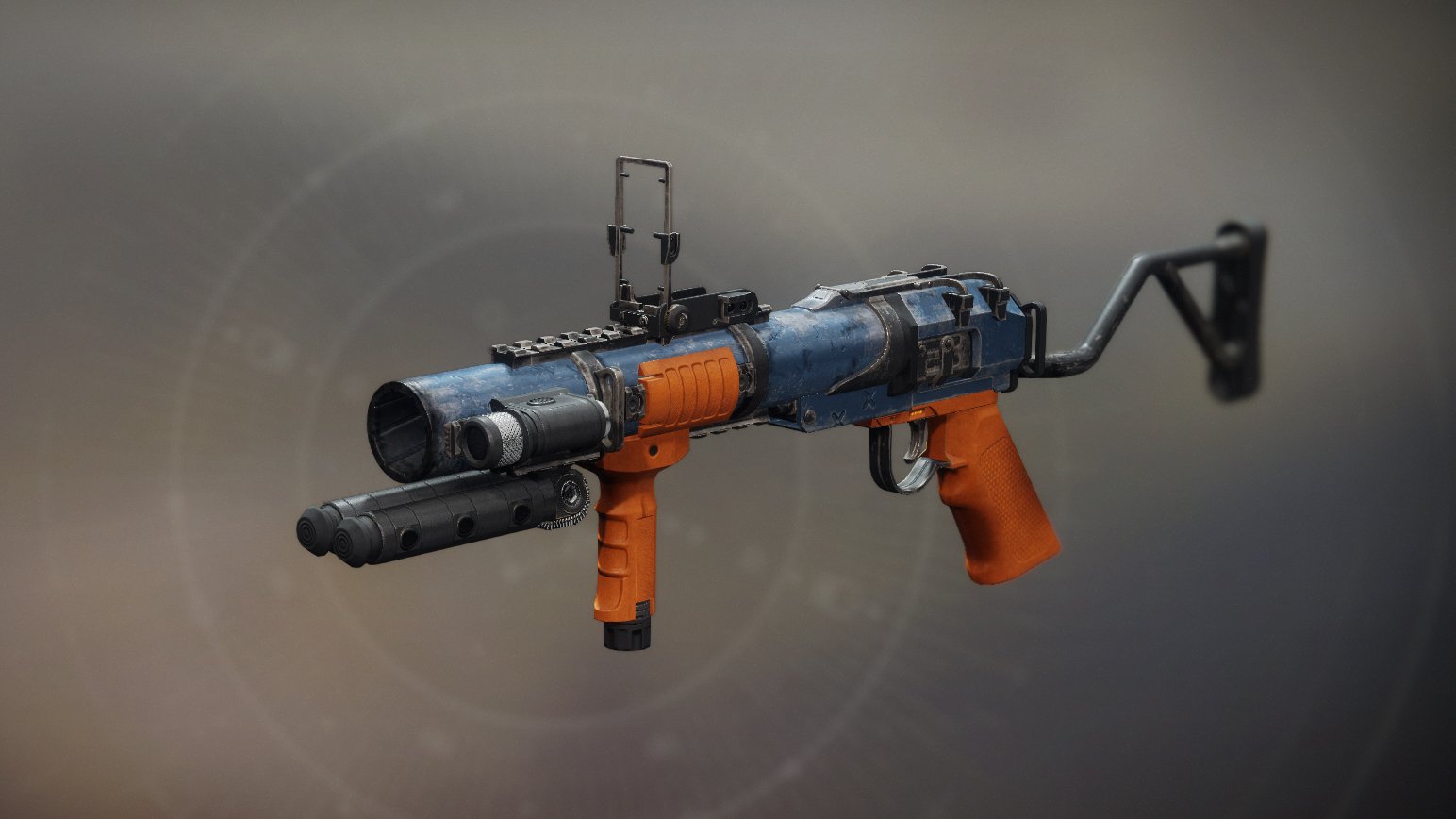 As far as Grenade Launchers go, The Militia’s Birthright is right up there as one of the best non-Power slot options. The main appeal of this weapon is one or two reasons: to make it easier to get The Mountaintop or to act as a replacement for The Mountaintop if getting to Fabled Glory rank is too challenging.

Militia’s Birthright is a Nightfall exclusive weapon, which means you will need to spend some time farming for it. While you might receive one fairly quickly, there are some specific perks you will want to chase, especially if this will be acting as a Mountaintop replacement.

First and foremost, the curated roll for Militia’s Birthright is pretty underwhelming. It comes with Blinding Grenades, Genesis, and Threat Detector. This makes it decent in PVE, but there are better perks to chase, specifically perks that it can share with the best Grenade Launchers in Destiny 2.

For the barrel options, the main idea is to look for perks that will increase the projectile speed. Perks like Hard Launch and Quick Launch give the velocity a nice bump, despite decreasing blast radius. This is only a problem if you really want to use Proximity Grenades, but really this is to ensure as many Spike Grenades hit as quickly as possible.

Speaking of which, the magazine perks should be Spike Grenades if you’re looking to replace The Mountaintop. As of Season of Opulence, Spike Grenade Launchers offer the highest DPS outside of specific Hunter builds.

The Legendary traits is where it kind of falls apart. Quickdraw is ideal for obvious reasons, while Grave Robber and Ambitious Assassin have their own advantages.

For the second to last column, Rangefinder works best for the added velocity, but Snapshot Sights, Moving Target, and Auto-Loading Holster are all great in their own way.

How to farm Militia’s Birthright

Farming Militia’s Birthright is going to be significantly easier than farming other Nightfall exclusive weapons. The only trouble you might face is waiting for Lake of Shadows to become available.

For the most part, you can run past everything in this Nightfall. The only opponents you must take down are the three Blights at the start, and the powerful enemies blocking the doorways. All the other enemies are just fodder that can be ignored or defeated to cut down on incoming fire.

The Strike boss doesn’t have any immunity phases, so you can burn it down almost instantly using Supers, Grenade Launchers, or any meta burst-damage builds. Once it dies, all you need to do is hope for a god roll Militia’s Birthright to drop from the chest.

The Militia’s Birthright is an excellent Grenade Launcher that makes getting Mountaintop significantly easier. Alternatively, it can be used as a Mountaintop replacement if certain aspects of The Ascent are too challenging. If you do plan to farm Militia’s Birthright, keep your eyes peeled for one with Spike Grenades. Be sure to check out the Shacknews Destiny 2 complete strategy guide for even more weapon suggestions.