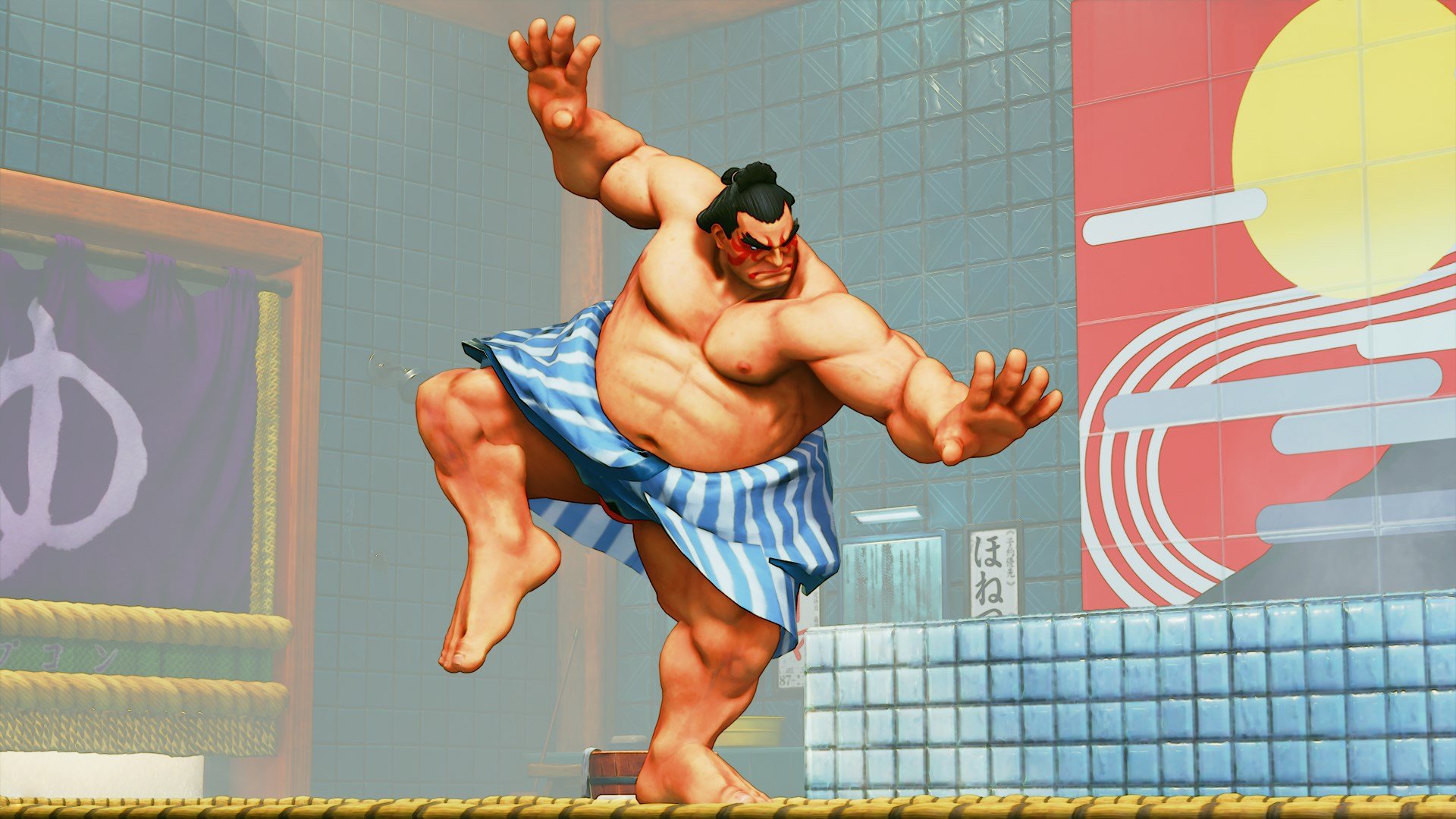 Street Fighter 5: A guide to E. Honda and his moves

It took years for Street Fighter V: Arcade Edition to get the full Street Fighter II cast of characters. One was a notable omission for a long time, but he is an omission no more. E. Honda has finally found his way to the ring, bringing along his classic sumo move set and a handful of new moves that takes advantage of Street Fighter V's various mechanics.

Shacknews enters the dojo to get a closer look at the sumo master in action. We'll break down his basic moves, what casual players can expect from him, and also offer some thoughts from some of the game's top pro players.

Few characters from the original Street Fighter II roster are more beginner friendly than Honda. His Hundred Hand Slap gets a surprising amount of distance and can put tremendous pressure on opponents in the corner. It's easy to pull off and works as a good wake-up option.

Honda's Sumo Headbutt is another strong move, one that can catch opponents by surprise with how much range it covers. It's a fantastic wake-up option and is great for catching airborn opponents. Be careful not to abuse this, because it's not only easy to block while on the ground, it's also easy for Honda to telegraph this. If you're playing Honda and moving backwards, you can often telegraph a Sumo Headbutt and that thing is not safe on block. If it's blocked, opponents can easily follow up with a quick sweep.

If you want to have success with Honda, practice his V-Skill as much as possible. If you can get Neko Damashi's timing down, you can reliably counter projectiles and also use it as an anti-air in certain instances. It's also a nice combo piece.

If you're particularly attached to Honda's Sumo Headbutt, you'll want to master his V-Trigger I. Some of your best combos can come from a couple of normals right into the double headbutt. His one armor hit makes this a good move to rely on, but be careful that the opponent isn't ready to counter with an EX special of their own.

V-Trigger II is very beginner friendly, but also easy to get careless with. Your opponent needs to be within range for Honda to grab them and throw them. Think of Tajikarao as a Zangief-style throw, where he advances forward and reaches out. If it whiffs, it's a dud, so once you activate that V-Trigger, opponents will try and stay out of your way and wait out the timer. Close the distance on them with Sumo Headbutt.

Honda's big and beefy with some easy moves, which will make him appealing. He's clearly not a fast fighter, but you can make up for that with good timing. Learn his V-Skill and master his specials, including that Sumo Splash, which comes in handy as a cross-up move.

So how have the top Street Fighter V players in the world taken to Honda? The reception looks to be largely positive so far, with some appreciating how Honda feels compared to his previous incarnations.

Here's Tatsuya Haitani giving the character a go, showing off the kind of pressure that Honda can apply with his V-Trigger II.

Meanwhile, here's Yusuke Momochi, showing how dangerous that V-Trigger II command grab can be in the neutral game.

But it's David-Paul "AutoMattock" Mattock who has the real goods on Honda and V-Trigger II. Here's him somehow working two of them into a single corner combo.

Aight here's the real https://t.co/Folv2QbTmZ Tech. My apologies to anybody who gets hit by this as a result of my stream. 🤓👍 pic.twitter.com/oVGYG8EE49

And lastly, we turn to Draken DuBose out of New England, who's showing how much more range Honda can get out of his non-V-Trigger command grabs.

How's your experience with Honda so far? Join the conversation and jump into the comments and let us know. Don't forget that there's a Street Fighter V: Arcade Edition free trial going down right now through the end of the week. For more on Honda and the other new characters, check out Capcom-Unity.