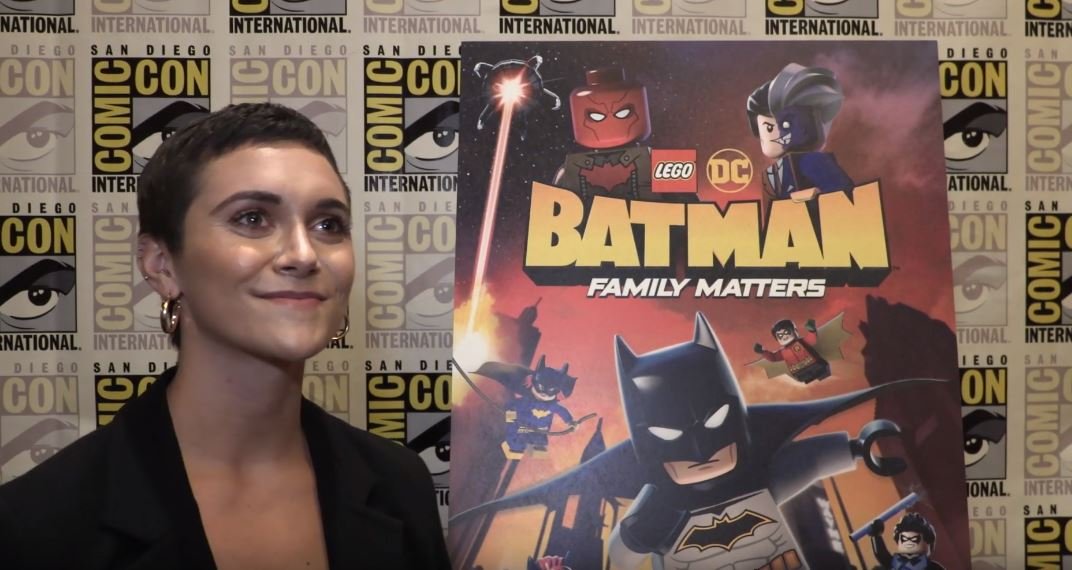 Each year, thousands of comic book fans, and lovers of all things nerd, swarm upon San Diego to attend Comic-Con in the summer. What originally began as a celebration of comics has evolved into a spectacle all its own, loaded with celebrities, movie executives, and more merchandise than you could fit into a stadium. One of the perks of attending each year is getting to rub shoulders with the talent responsible for bringing comics and other entertainment formats inspired by them.

At this year’s SDCC, we got to speak with Alyson Stoner, the voice of Batgirl from the new movie Lego DC Batman: Family Matters. The movie made its world premiere on July 21 at SDCC.

DC Lego Batman: Family Matters attempts its own lighthearted take on the famous “Under the Red Hood” storyline from the Batman Comics. The original version of the story followed the exploits of Jason Todd, who once carried the mantle of Robin and later became Red Hood, one of Batman’s toughest foes. The story was also adapted into a feature-length animated movie and served as inspiration for some of the story in the Batman: Arkham Knight video game.

Being part of the Lego DC universe, Family Matters shies away from some of the darker themes in the original storyline and ramps up the comedy for most of its running time. The movie has an insanely large cast of Batman characters including Scarecrow, Nightwing, Two-Face, and the Riddler. It will be released digitally and on Blu ray on August 6, 2019.