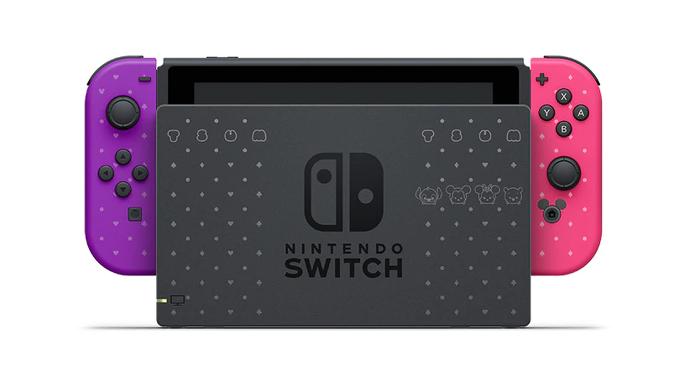 Japan is getting a Disney Tsum Tsum Festival Nintendo Switch

Disney Tsum Tsum Festival may be one of the cutest games ever, and it's headed to Japan for release in October. We're getting it in the West too, because it's absolutely adorable, but once again it looks like Japan is getting a better deal than us.

By that, we mean the game is getting its own branded Switch and everything. According to Nintendo Japan, a new bundle will include the new Switch model with better battery life, the Disney Tsum Tsum Festival game with DLC, and the system. The system itself is absolutely precious, featuring pink and purple Joy-Con controllers, a patterned dock and Switch system, and even some adorable Mickey Mouse ears on the home button, which I can't get over. It's so cute.

Disney Tsum Tsum Festival was originally confirmed to be coming to Switch during the earlier February Nintendo Direct this year, but we've gotten no word about a Western version of the system, which is really too bad. Given the nation's love for everything Disney, it would sell like absolute hotcakes.

The bundle will cost around 36,080 yen (about $280) and unfortunately you'll have to import if you want. Luckily, with the pink Joy-Con controllers we have now and one of the new sets featuring a purple one, you might be able to make some sort of Frankenstein combination of colors since Nintendo doesn't see fit to sell colors separately. In any case, this Switch is super cute, and hopefully we get a chance to buy one.

Death's Door is coming to PlayStation this November
Login / Register