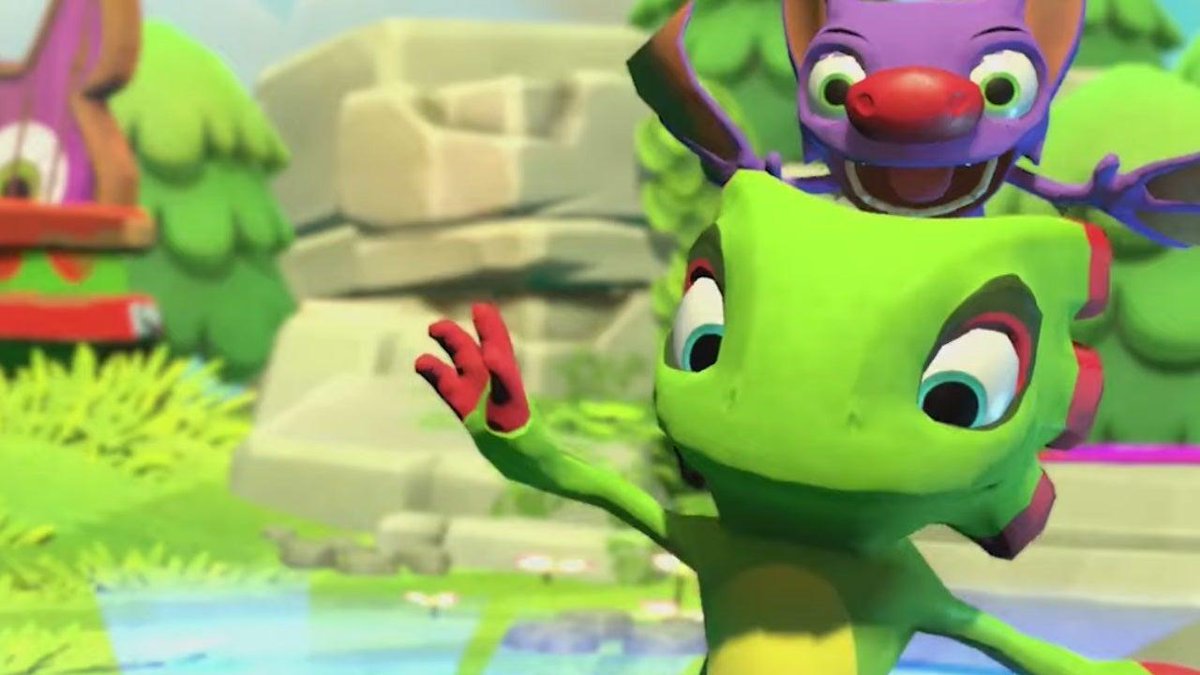 Team17 and Playtonic Games' upcoming Yooka-Laylee and the Impossible Lair is going to be chock full of some very cool mechanics, especially its new "Alternate Level States" mechanics, which you can see in the game's latest railer.

As players work to rescue Queen Phoebee's Royal Beetalion from the nefarious Capital B, Yooka and Laylee will happen upon plenty of strange secrets found throughout the world. These secrets and puzzles will transform the levels into completely different landscapes, which can increase the total number of levels to 40.

This means some places may be flooded all of a sudden with water or they could even be flipped upside down. What you do to each level will change over the course of the game, so you'll have to be on the lookout for different ways to interact with puzzles and other aspects of each area. The trailer does a good job of showing some of this off, and it does look like there's plenty of potential to be had with the continuous swapping around of levels to make intriguing new places to traverse.

What are the two getting up to, anyway? As previously touched on, Yooka and Laylee will be rescuing Queen Phoebee's Royal Beettalion Guard from throughout each level as they take on Capital B's "dastardly" Impossible Lair. It's going to be a marked chance from the first adventure too, so even if you embarked on that one and didn't find it as exciting as you thought you might, this sequel looks like it's poised to deliver. you should find plenty to enjoy here.

We still don't have an exact date for when the game will debut, but we do know it'll be in 2019. Hopefully a release date will debut soon enough – and it'll come to Nintendo Switch sooner rather than later, because that's how we all want to play platformers these days, right?