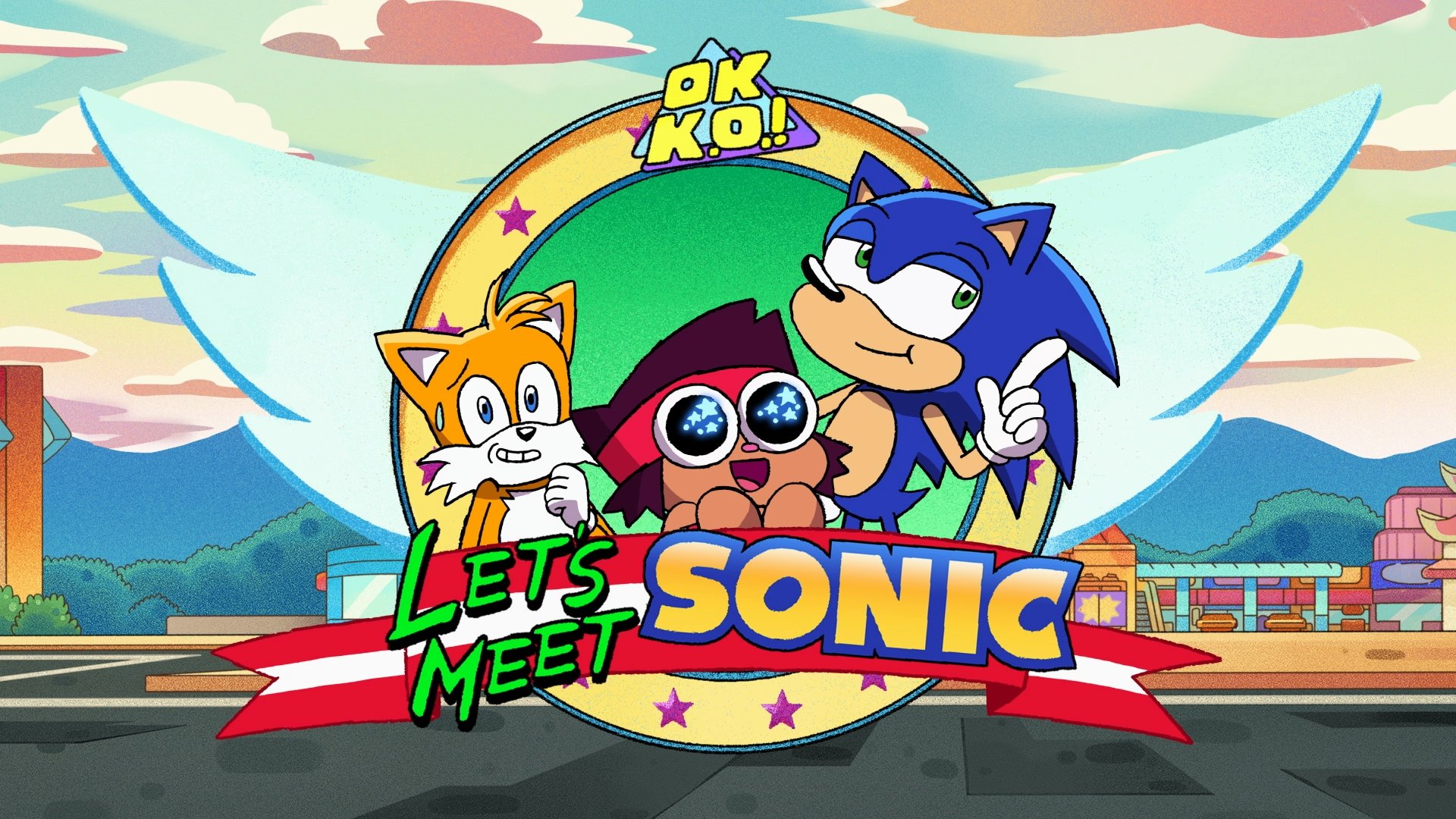 Still bummed out that it's going to take a while before you get a glimpse at the new Sonic the Hedgehog movie's redesigned? Well, Cartoon Network's got your back with a special episode of the cartoon OK K.O.! Let's Be Heroes.

In an upcoming episode called "Let's Meet Sonic," the hedgehog himself heads into the show to team up with the KO squad themselves to "save the day." Whatever they're saving the day from isn't really explained here, but hey – we'll roll with it.

OK K.O.! Let's Be Heroes is a show all about K.O., a cheery little kid who wants to be the best hero he can possibly be who lives in a video game-like world, set in the quaint little Lakewood Plaza Turbo. It's a funny show that's also rife with action-oriented moment that's about friends working together to build a community and achieving their goals, each a hero in their own way. There's also a video game based on the show, so there's that obvious connection.

As far as what Sonic can bring to the team, his can-do attitude will no doubt be a boon for the cartoon team, and we can't wait to see this vision of Sonic on a seemingly completely unrelated series meet up with the character for the first time. This series has a more traditional, hand-drawn look than the upcoming Sonic movie, so at least there's no worrisome CG to get in the way of obscuring the classic Sonic design.

The episode is set to premiere on Sunday, August 4 at 4:45 PM on Cartoon Network. You can also check it out via the Cartoon Network app. If you're ready to see a whole new side of Sonic, be sure to tune in.