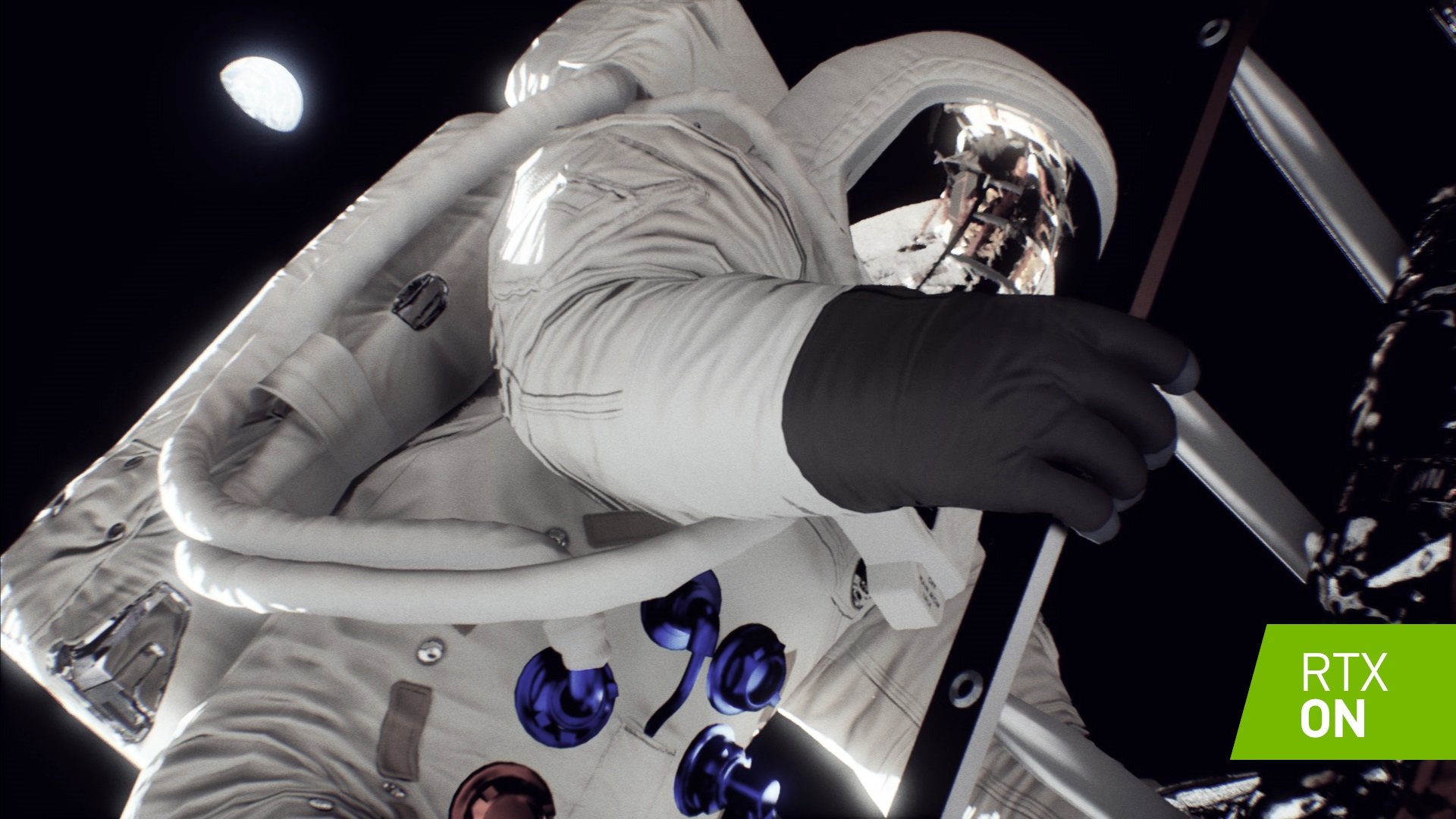 This month marks the 50th anniversary of one of the all-time great human achievements. It was the year that man first walked on the moon. It was the year that Neil Armstrong spoke the immortal words, "One small step for man, one giant leap for mankind." Humanity has seen great technological advancements since then and one of them seeks to recreate this historic moment. On Friday, NVIDIA put its RTX real-time ray tracing technology to work and crafted a near-cinematic depiction of the Apollo 11 moon landing.

NVIDIA's goal was to utilize RTX GPUs to craft an accurate visualization of the 1969 expedition. This meant incorporating light in ways that it would be portrayed in the harsh environment of space. The company was able to accomplish this goal through its ray tracing tech, tracing the path of a beam of light backwards into the viewer's perspective. From there, they were able to construct accurate shadows, illumination, and other natural phenomena.

While the final video looks like a sophisticated piece of work, putting it together was far from a simple endeavor. NVIDIA states that the project has been in the works for five years, as the creators analyzed the finer details of the Apollo 11 landing image.

"It just looked so totally lifeless that you couldn't describe it in any way but a word that comes close to desolate," Apollo 11 astronaut Buzz Aldrin says in the video above, referencing NVIDIA's re-creation. "You can see that, I think, clearer in what you have."

Check out what NVIDIA has put together and watch the simulation of the 1969 moon landing compared to the original footage. And watch it along with Aldrin, the second man to walk on the moon, who has some fun commentary of his own to add to the proceedings.