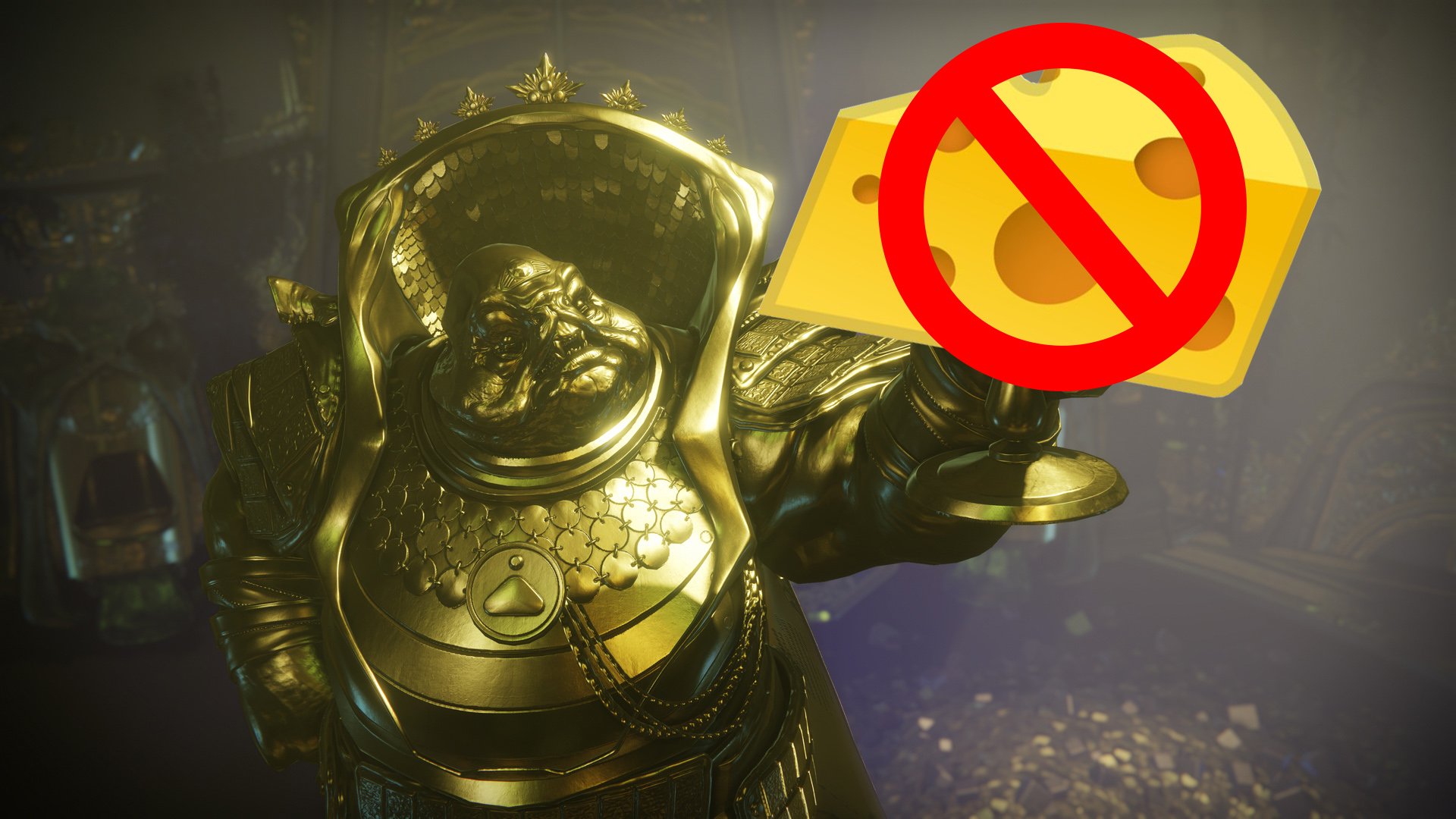 Cheesing content is nothing new in Destiny 2. Players have been looking for the quickest and easiest way through challenging or lengthy quests since the game launched. And now with the Season of Opulence comes the Tribute Hall, an activity that some players have managed to blitz through using some rather crafty trickery.

The basic idea was that players could circumvent the need to pay for Tributes by changing characters and offering the free Tribute repeatedly. Considering each Tribute costs hundreds of materials, this was obviously a quick and easy method of acquiring all 50 Tributes needed for an emote and the Bad Juju Exotic catalyst.

This hasn’t gone unnoticed by Bungie, who has commented on it in the weekly blog, This Week at Bungie. First off, if you performed this trick, you’re not in trouble. Bungie isn’t in the practice of punishing players that exploit loot caves and other workarounds (unless they’re malicious – looking at you AFK macro Crucible players).

In terms of how the fix will work, it’s rather simple: the “Tributes Placed” will display the actual number of Tributes a player has placed. This means some players may find their tally dropping below the threshold that the emote or catalyst require, the end result being the Exotic catalyst and the emote will become unavailable.

In order to use the emote and catalyst again, these players will need to actually play Destiny 2 and complete the necessary Tributes. This means either forking out a lot of materials for the Tributes or spending roughly 20 days completing bounties for an 80% discount. This fix is planned to be implemented on July 30, when Solstice of Heroes begin, so there's plenty of time to make amends.

The one unlockable that won’t be affected by this fix is Bad Juju. If you used this workaround to acquire the 18 Tributes to unlock it, you’ll still be able to use this classic Pulse Rifle.

Bungie has been known to be a bit heavy-handed with correcting these kinds of errors. In Destiny 1, players who unlocked Black Spindle found their new powerful Exotic Sniper Rifle reduced by 20 Light when Bungie realized it dropped too high. It wasn’t a massive blow overall, but it certainly felt as if players were being punished for someone else’s oversight.

But this is certainly a fair fix. Anyone who did cheese their way to unlocking all 50 Tributes probably shouldn’t be surprised that Bungie expects them to actually play the game.