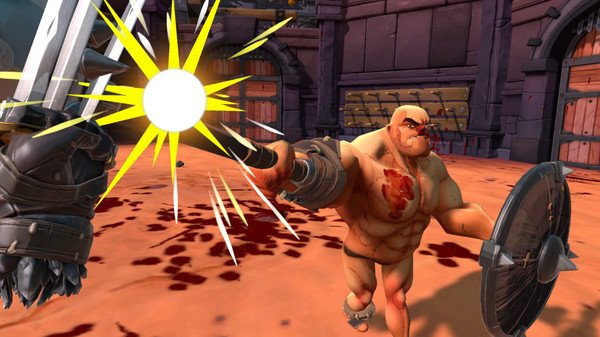 Ready for a little something different to play in VR? How about a gladiatorial sim?

Devolver Digital and developer Free Lives have you covered with GORN, which has just exited out of Early Access and is now available as GORN v1.0 on SteamVR and Oculus,

GORN is a ridiculously violent VR sim that's physics-driven, following combatants charged with fighting each other using their most powerful attacks. It originally entered Early Access in 2017 and found success there, even though players ended up smashing through walls and their belongings while playing, with one player unfortunately having a mishap with their knee.

Still, GORN ended up becoming one of the top ten VR games in sales and a top three contender when it comes to user reviews while it spent time in Early Access.

The latest iteration of the game brings a new weapon, SteamVR Index support, fixes for the game, and an ultimate showdown with a "longtime nemesis."

If you're interested in checking it out, now's the time – it's all riled up and ready to go. All you need to do is be brave enough to put that headset on, and you'll be off to the races. You're not scared, now, are you?