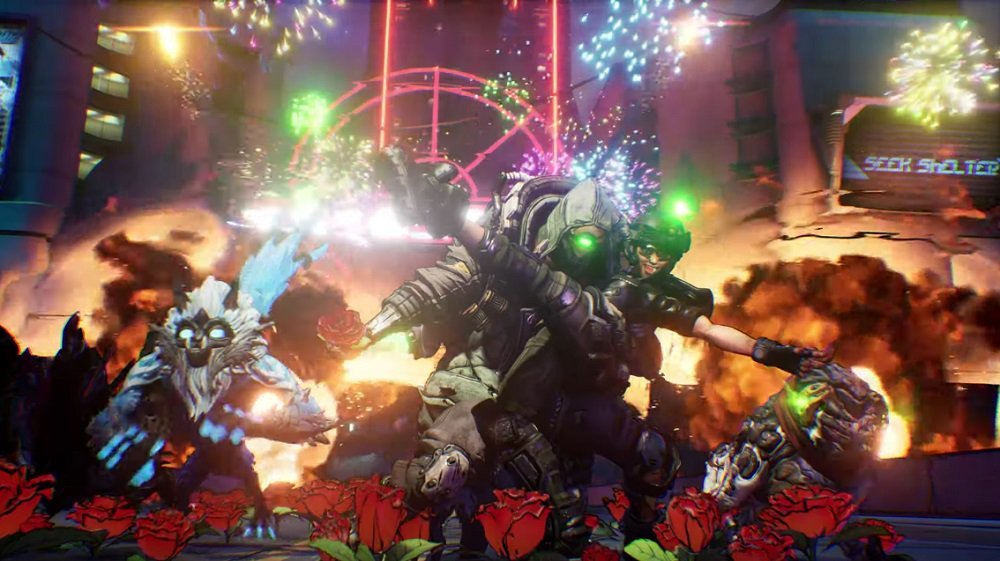 If you're looking forward to playing Borderlands 3 with all your friends on different platforms, you might be a little disappointed when the game releases at first.

The original article continues below.

While Randy Pitchford has stated in the past that the Gearbox team is "very keen" on supporting cross play, 2K Games has told something of a different story: "Cross-play is something we're looking at closely, but we don't have anything to confirm or announce at this time," went the story back in April.

But following the most recent Borderlands 3 trailer, which was meant to be a "celebration of togetherness," fans were left wondering what that was supposed to mean, because it certainly didn't seem to mean cross play. Of course, that didn't end up being what it was all about. A few individuals were understandably miffed by that turn of events, and Pitchford took to Twitter for clarification.

"Some folks may be speculating that this thing tomorrow may be about cross play. Tomorrow’s thing is awesome, but *not* about cross-play. But, Good News: We are committed to supporting cross-play for Borderlands 3 with our partners as soon as practicable after launch," he tweeted.

"To be clear, there will not be any cross-play functionality in Borderlands 3 at launch as we work closely with our partners to create a positive cross-play experience as soon as practicable. We are committed to cross-play on as many platforms as possible."

So, that doesn't mean that cross-play isn't coming, but it does mean it won't be available at launch. When will it finally be available? We'll just have to wait and see, unfortunately.