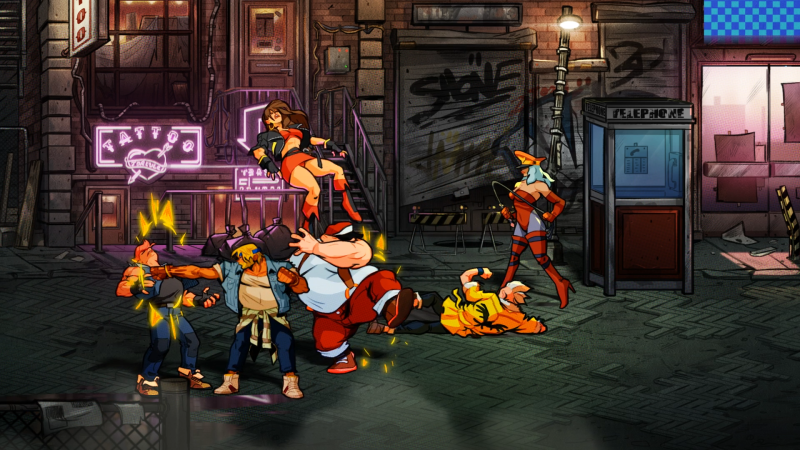 In case you forgot, Streets of Rage 4 is still coming down the pipeline, and thanks to Guard Crush Games, Dotemu, and Lizardcube, it seems as though we can look forward to an intriguing new twist on the side-scrolling beat-'em-up.

Now, the latest details about what the game will sound like have rolled out, and fans of previous titles will undoubtedly be pleased with who's on board with original music. For starters, Motohiro Kawashima and Yuzo Koshiro will be on board with new tracks to channel the original Streets of Rage games, and it should be a roaring good time.

In addition to these big names, you can also expect riginal music from Jet Set Radio's Hideki Naganuma, Kingdom Hearts' Yoko Shimomura and Ninja Gaiden's Keiji Yamagishi – though there's no information just yet on whether they'll all be submitting their own unique tracks or they'll simply be collaborating together. Either way, it's pretty awesome that all these visionary composers are being gathered to work on one game.

“Among these names stand some of the most legendary and memorable musical architects in video game history,” said Cyrille Imbert, executive producer of Streets of Rage 4. “Since we first announced the title last fall, fans have been asking who will be involved in the game’s soundtrack as it is a vital element to the Streets of Rage games. We are thrilled to confirm this world-class lineup of musical talent for Streets of Rage 4.”

Can't wait to hear the songs in store for you? We're still waiting on a release date just yet, but we've been promised that more info on both its music and when you can expect to get your hands on the game will be coming out soon.