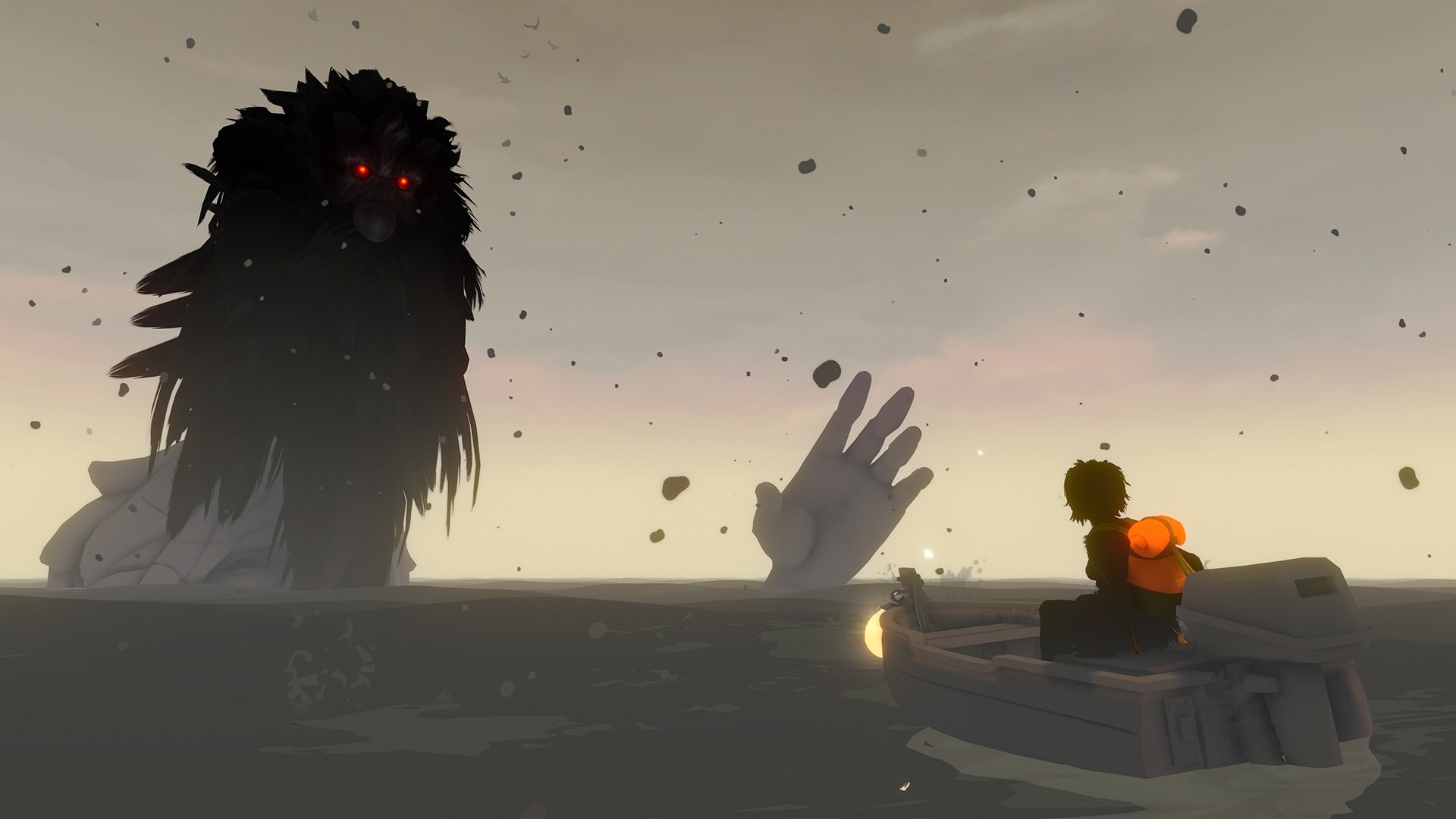 There's an old saying that no one person is an island. That doesn't fully apply to Sea of Solitude from Jo-Mei Games and Electronic Arts. It's a metaphorical ride through some of the roughest waters within your own mind. It's a deeply personal tale and one that can get uncomfortable at times, but it's a journey that many players can relate to. We can all be an island unto ourselves.

Sea of Solitude is not the first game to address elements of mental health, but as the latest EA Original, it does come with a lot of notoriety. With that said, Jo-Mei Games has put together a beautifully soothing world, albeit one bogged down by some iffy platforming mechanics. If nothing else, this comes across as a very real story of inner growth and the unending struggle to come to terms with one's own personal sense of happiness.

Players begin Sea of Solitude in the role of a dark monster, who they discover to be a young girl named Kay. She's all alone in a vast world, submerged in a massive ocean. She's largely an amnesiac, with the idea being to explore the world in hope of unlocking key memories. But lest anyone think these are safe waters, there's also a monster roaming around, ready to swallow Kay whole in a single bite.

Kay's actions are driven by loneliness, leading to the opening minutes where she discovers a mysterious girl. The story starts with Kay in pursuit of this girl, but things take a complex turn after confronting some of the world's monsters. Yes, there are monsters outside of the giant creature swimming the seas, but they're a key to the deeper narrative. Kay quickly discovers that they're not monsters to be conquered or defeated, but monsters to be understood and monsters that relate to her own personal struggle.

The story then becomes more about finding each of the monsters across the game's ten chapters and learning about the role they've played in Kay's life. Some of the relationships between Kay and certain monsters strike great emotional chords, either relating to the player personally or conveying these stories in ways that garner great sympathy. All along the way, the ultimate goal is in learning from the past, accepting what cannot be changed, and growing to become a better person.

While Sea of Solitude tells a relatable tale, I didn't get the sense that it effectively communicated one of its biggest key points, that point being that the struggle never truly ends. There are a few monologue moments from Kay that allude to growth, but it didn't always sink in and that wasn't made better by what felt like an abrupt ending. However, the game does brilliantly capture what it means to endure those struggles in the moment, both nailing the essence of those painful memories in real-time and in hindsight.

A big part of helping the world's monsters involves clearing clouds of corruption. While early previews might have indicated that Kay would be on a boat for much of this journey, the boat plays a fairly minimal role. Much of this game actually involves basic platforming, exploring the ruins of the surrounding cities and jumping across gaps to reach light orbs. Much of this is simple, though some of the jumps can get tricky once the game's visual effects make the screen darker and those gaps a little harder to see.

Kay is guided by a flare that gives her an idea of where to go, but the objectives aren't always made clear. The flares would often hit walls in tighter spaces, at which point I would hit a metaphorical wall and ponder where to go next. When an objective is higher up, the flare would also land along the elevated space, with no indication of how to get there. There weren't many of these instances, but there were some moments of frustration here.

Where Sea of Solitude succeeds is that it could have easily stuck to the early formula of exploring buildings and jumping across gaps for the entirety of the game. Trying to avoid the waters and the monster lurking within them was a lofty gameplay goal in itself. However, as the game progresses, Kay is faced with slightly different environments and more thoughtful puzzles. The game really starts to pick up after a frustrating early experience that involves slinging shadowy enemies at you with no way to really fight back -- which turned out to be part of the metaphor, but still, it proved aggravating.

The sun will come out tomorrow

Where Sea of Solitude truly stands out is with its gorgeous world and the manner in which it's used. It's mostly dark, stormy, and depressing when Kay is at her worst, but as she clears more and more corruption, the sun begins to emerge until ultimately the surrounding area blooms as a beacon of sunshine.

Similar ideas are used later in the game with other monsters. When Kay discovers a monster consumed by inner anger, the surrounding area becomes more of a fiery inferno, with players needing to use the high-temperature gusts to get around. When she finds another one that's grown cold and distant, the surrounding area becomes an icy region that needs to gradually thaw out. The manner in which the world's layouts convey new physical and emotional challenges are wonderfully implemented and add to the game's effective storytelling.

Sea of Solitude sets out to tell a story of maintaining strong mental health. The game's title isn't meant to convey that Kay is in it by herself, because players learn that mental health doesn't solely affect an individual, but it also affects those around them. The title "Sea of Solitude" expresses that it often times does feel like we might be in it alone. Jo-Mei Games illustrates that well throughout Kay's journey, even if it sometimes feels like the resolutions come a little too easily. On top of that, there were times when I felt that Kay's exposition almost did the story a disservice. Sometimes silence is the most effective way to allow an emotional moment to play out. There were moments when I felt like Kay over-explained what was happening when the story could have simply spoken for itself.

Sea of Solitude also tells the story of learning to confront one's own flaws and use them to grow into a better person. It isn't a very long game and outside of some collectibles, there isn't much reason to navigate these waters again. But it's a boat ride worth taking at least once given the gravity of its narrative.

This review is based on a PlayStation 4 code provided by the publisher. Sea of Solitude is available now on PC, PlayStation 4, and Xbox One for $19.99. The game is rated T.