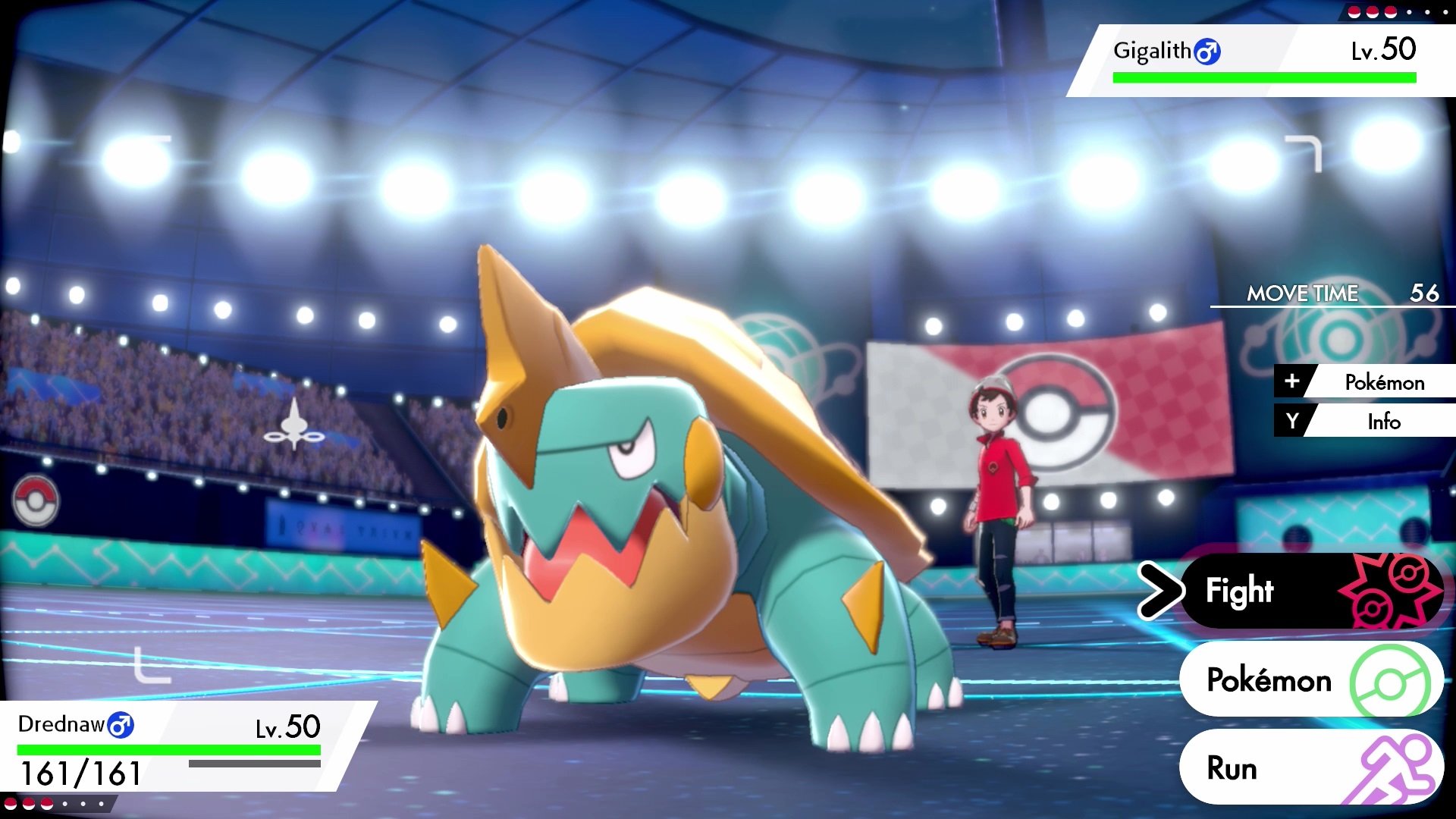 If you can't wait to get your hands on Pokemon Sword and Shield, you're going to want to hang around for all the new information that just dropped about the games.

Today, The Pokemon Company and Nintendo revealed additional details about the upcoming Switch exclusive, including a new phenomenon that can happen to monsters in addition to Dynamaxing: Gigantamaxing. Gigantamaxing Pokemon will become bigger, but their appearance will also change as well.

It allows Pokemon to use special "G-Max Moves," which are specific to different species. Dynamax Pokemon cannot use G-Max Moves, and only certain Pokemon can use Gigantamaxing. Only certain members of a rare species will be able to use Gigantamaxing capabilities as well, like Drednaw and Corviknight. Drednaw can stand on its hind legs to become bipedal and use the G-Max Move Stonesurge when transformed, and Corviknight will have its armor reinforced to use G-Max Wind Rage.

Additionally, new Pokemon were shown off in the lengthy new trailer that debuted today: Alcremie, a dessert Fairy-type Pokemon that can produce rich whipped cream that becomes richer when Alcremie is happier. Pastry chefs are invariably paired with Alcremie for this reason. When Alcremie Gigantamaxes, its cream hardens and the "berry decorations" on its body become like diamonds. Its G-Max Move is Finale, which will heal all Pokemon on Alcremie's team.

We've already heard about Yamper, but this puppy Pokemon's electric corgi-like appearance isn't easily forgotten. There's also Rolycoly, the coal Pokemon, with an ability called Steam Engine that can raise Speed stats if the Pokemon is hit with a Fire or Water move during battle. Finally, Duraludon is a new Alloy Pokemon with a body that's susceptible to corrosion.

There's a ton to unpack in the new trailer. One thing you'll want to take note of, however, is the bonus for purchasing the Pokemon Sword and Shield Double Pack, which gives you two codes (one per game) that will reward you with Dynamax Crystals. You can face Dynamax Larvitar and Dynamax Jangmo-o for some special Max Raid Battles later on in the game. They won't appear in-game as usual otherwise. Additionally, if you grab the downloadable versions of both games by January 15, 2020, you'll get 12 Quick Balls.

Pokemon Sword and Shield is set to debut on November 15 on Nintendo Switch.