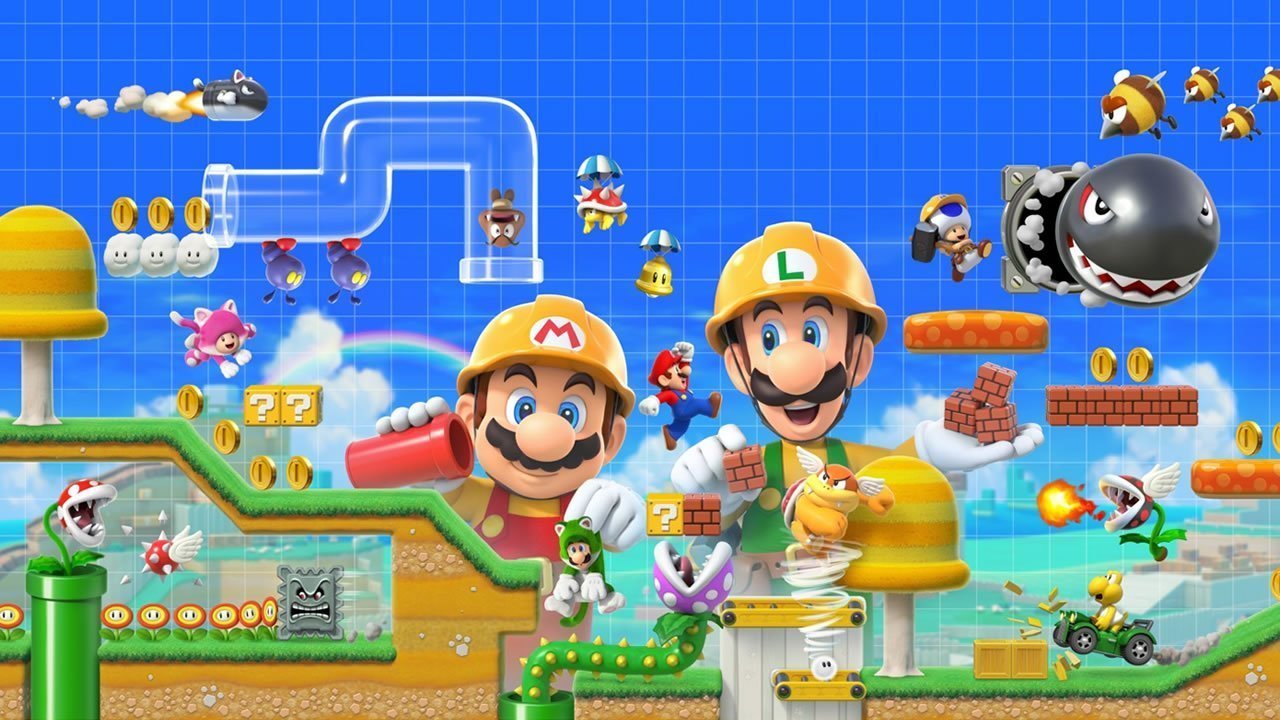 Super Mario Maker 2 has arrived, and players who wish to make the most out of the game may be interested in picking up the Limited Edition bundle. This limited-time offering includes the base game as well as a subscription to the Nintendo Switch Online service, plus a couple of additional goodies depending on where the bundle is purchased. Read on to learn more about everything included with the Super Mario Maker 2 Limited Edition bundle.

In North America, the limited-time Super Mario Maker 2 bundle is the Super Mario Maker 2 + Nintendo Switch Online bundle. This collection is occasionally mislabeled as the Limited Edition bundle on websites like Amazon, but the two versions are distinct. That's because the North American bundle only includes one specific bonus: A 12-month membership to Nintendo Switch Online.

So while North American players can buy a limited edition version of Super Mario Maker 2, it will only include a 12-month membership to Nintendo Switch Online. Even at the manufacturer's suggested retail price of $70 it's a good deal, as Nintendo's online service provides access to loads of classic NES games, not to mention online play in other first-party titles.

Still, players in other global territories will be able to scoop up the proper Limited Edition and enjoy several added goodies like the drawing pad and Mario Maker-themed Switch stylus. North American fans who really want the exclusive goodies may be able to import the bundle, but we haven't heard whether or not Nintendo plans to bring the version with added bonuses to the West.

Will Animal Crossing: New Horizons use Switch Online cloud save?