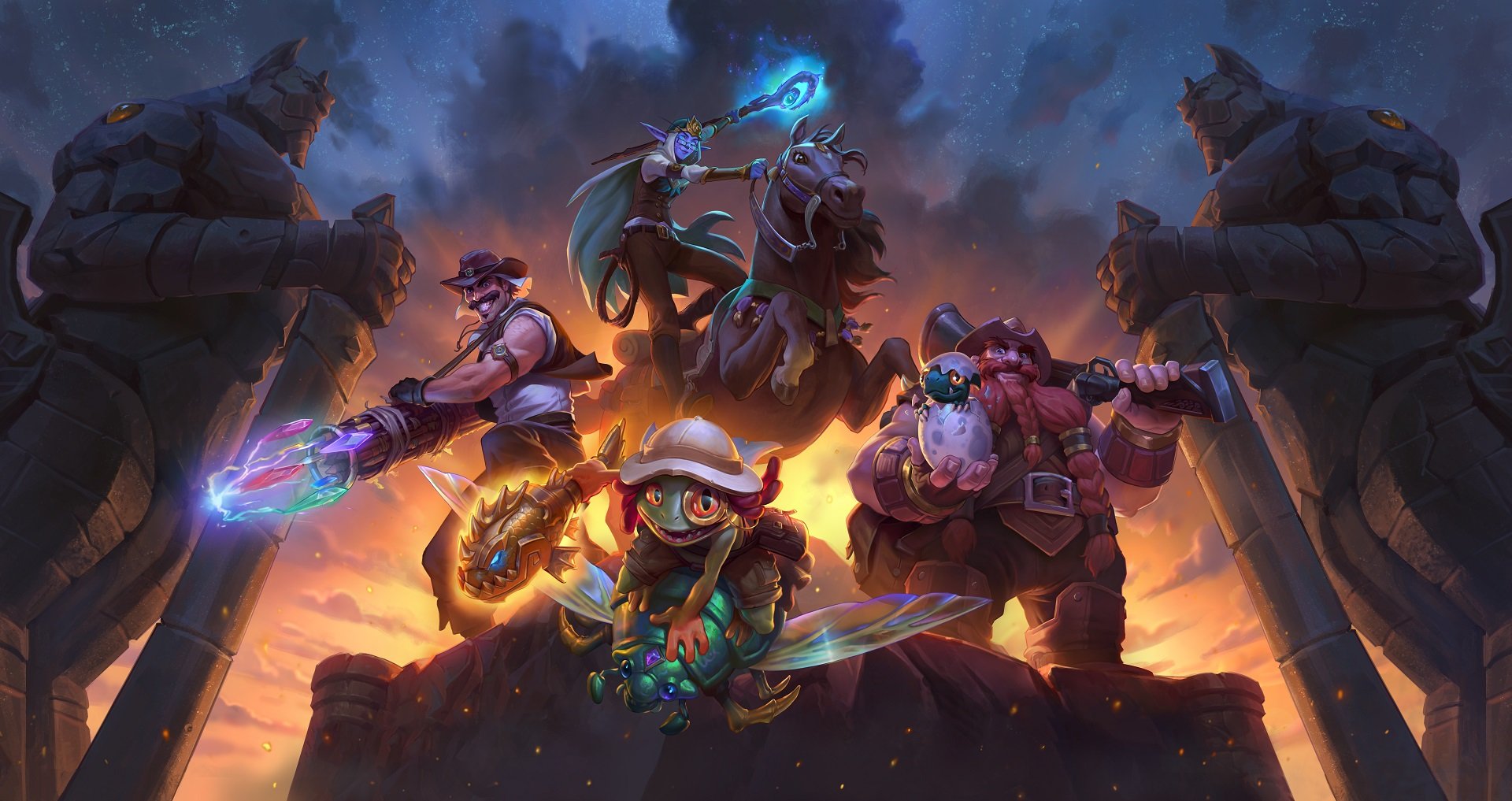 To start off this week, Blizzard revealed what's next for Hearthstone. The second expansion of the Year of the Dragon was officially unveiled, as the League of E.V.I.L. and the League of Explorers set course for the desert in Saviors of Uldum. This means another 135 cards are about to join the Standard and Wild rotations.

That says that it's time for Shacknews to begin another round of card breakdowns. Before the card reveals begin in earnest, we're going to take a look at the cards unveiled earlier today, some of which utilize some brand new mechanics to Hearthstone.

With no further delay, let's begin.

Ossirian Tear
Passive Hero Power
Your Choose One cards have both effects combined.

Analysis: The Druid certainly wasn't going to get along for very long without the ability to exploit its "Choose One" keyword. It's been more than a year since Fandral Staghelm rotated into Wild, but Blizzard's found a clever way to bring his effect back. And unlike before, there's no stopping it this time.

While the Druid's selection of Choose One cards isn't what it used to be, there are still a handful of cards that can take advantage of the Ossirian Tear like Crystal Power, Power of the Wild, and Ancient of War. Wardruid Loti also becomes an amalgamated monstrosity, standing a 4/6 with Taunt, Rush, Poisonous, Stealth, and Spell Damage +1.

In Wild, the Ossirian Tear is outright devastating, especially in Jade decks. It might not border on broken like the Malygos Druid, but I would still expect this Quest to see a lot of play in Wild circles.

Tome of Origination
Hero Power
Draw a card. It costs (0).

Analysis: This isn't exactly power overwhelming, mostly because if you do manage to draw 20 cards, it means you're probably running low on cards. But there are a few tools that can maximize the usefulness of Supreme Archaeology. Plot Twist and Augmented Elekk can shuffle extra cards into your deck while also drawing a significant number towards completing the Quest.

The Tome of Origination is essentially the Wilfred Fizzlebang effect, only without the underpowered minion attached. That makes this a better proposition overall, especially if you're near the end of your rope and need to play Arch-Villain Rafaam.

Analysis: I don't expect Restless Mummy to see play right away, at least not in high numbers. But that's potentially life after Militia Commander for the Warrior. While Militia Commander's five health ensures it stays standing, Restless Mummy is purely a kamikaze play, with the idea being to remove two targets on a single turn. This is going to have its uses, as will the Reborn mechanic as a whole.

Analysis: Oh my. Yeah, this is a tweaked single-player treasure that's somehow found its way into the main game. It's also the single best Priest removal spell to hit Standard in a while. This is definitely a last resort spell in the late game when you're staring down a full board of doom. Not only will this clear the board, but it'll deactivate any Deathrattles. It'll definitely come in handy against those pesky Conjurer's Mages that are flooding the ladder, because no matter how many big bodies they fill their side of the board with, they'll end their turn with nothing.

The downside is that it wipes your side of the board too, but if you have any sort of board at all, you're either trading those minions in first or you're not playing this spell until later.

This is a surefire winner for the Priest. Over in Wild, this is going to drive anyone who plays N'Zoth, the Corruptor bananas.

Analysis: This is certainly not bad for a Turn 2 drop, especially if you're playing that new Warlock Quest. In fact, if you have a Quest in play, this is Novice Engineer with much greater stats. I would certainly expect this to see a lot of play in Quest decks. And if it comes in the late game after the Quest is complete, you probably aren't looking to draw cards anyway, so either way, it works as a good 2-Cost minion.

Analysis: This is a very strong Turn 2 play for the Shaman player, able to offer at minimum one extra Lackey. Its 0/2 stats make it look nonthreatening, but Rogue players know all too well how quickly Lackeys can swing a game if there are enough of them. If the Shaman player can protect this Totem, they'll generate a lot of strong resources. This could fit in wonderfully with a Murloc Shaman deck.

It'll also fit in nicely in the late game, as well. Both the Totem and the Lackeys will feed into the Hagatha the Witch assembly line of spell generation.

Analysis: It's a weak guy who adds another weak guy to your hand. Not intimidating on its face, but Token Druids and Zoo Shamans excel at taking something that doesn't look intimidating on the surface and turning it into something dangerous. The Warlock will definitely want to pair this minion with EVIL Genius to generate Lackeys, while the Token Druid can get to work on strengthening it (or its 1-Cost Deathrattle drop) with stat-buffing spells. The Jar Dealer will prove to be a strong opening play for several classes. Expect to see it a lot.

Analysis: Yogg-Saron is gone from Standard and never coming back. But what happens if his effect is placed in a handy dandy box? The Puzzle Box of Yogg-Saron is a big taste of the Yogg-Saron effect, taking 10 spells that are just as likely to backfire as they are to succeed and just throwing them out on the board.

Nobody in their right mind is going to pack this into their deck on purpose, simply because for as much as it costs, there's no guarantee of anything good happening. You'll probably still see it get played, though. Mage players running Mana Cyclone are likely to get this as a random drop. If that's the case and the Mage's back is against the wall, don't be surprised to see them roll the dice with this.

That's all for now! Blizzard will start rolling out card reveals any day now, so look for Shacknews to stay on top of them and give them our full analysis leading up to this expansion's big release. Hearthstone: Saviors of Uldum is set to arrive on August 6.