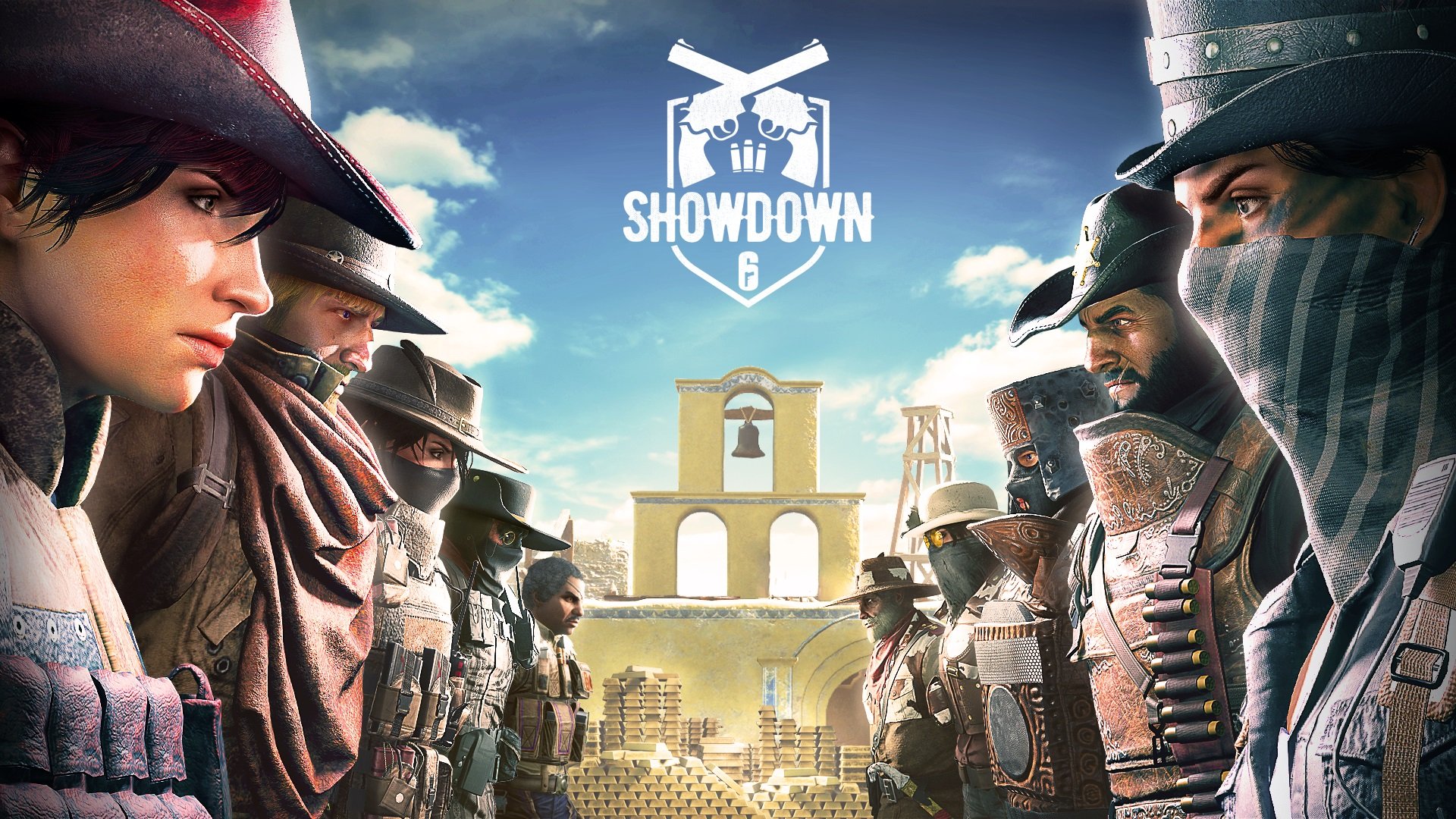 Tom Clancy's Rainbow Six Siege has been all about group tactical play in a modern setting. So what happens when Ubisoft decides to turn back the clock a couple of decades? The answer is a tactical shootout in the Old West, as Rainbow Six Siege debuts a limited-time game mode called Showdown.

The story in Rainbow Six Siege's Showdown sees one side take up the side of The Law. They seek to put a stop to the no-good gang of desperadoes known as the Graveltop Gang. Their ongoing conflict hits a climax on the ruins of Fort Truth, where only one side will walk away. Fort Truth will act as a special 3v3 Secure Area map, pitting a trio of Attackers against three Defenders.

A limited number of Operators will be utilized in Showdown. The Law will have Maverick, Ash, Twitch, Capitao, and Glaz, while the Graveltop Gang will have Alibi, Kaid, Caveira, Maestro, and Rook. Showdown sessions are 3v3 affairs and while the modern Siege utilizes cutting-edge weaponry and gadgets, this trip to the Old West will only equip players with BOSG.12.2 and Magnum LFP586 pistols. On top of that, don't look for any other modern day conveniences like health, ammo, or crosshairs. Trust your instincts, partner, because they're all you'll have available to you.

Along the way, Ubisoft will offer up a slew of Showdown Collector's customization items for each of these aforementioned Operators. There are 31 cosmetics available in total and can be picked up by logging in or by completing the Ubisoft Club Event weekly challenges. The first is the Rodeo Challenge, which will task players with winning 10 rounds in the Showdown playlist.

Showdown begins today, but it won't be around forever. The sun will set on this event on July 16. For more, check out the Rainbow Six website.