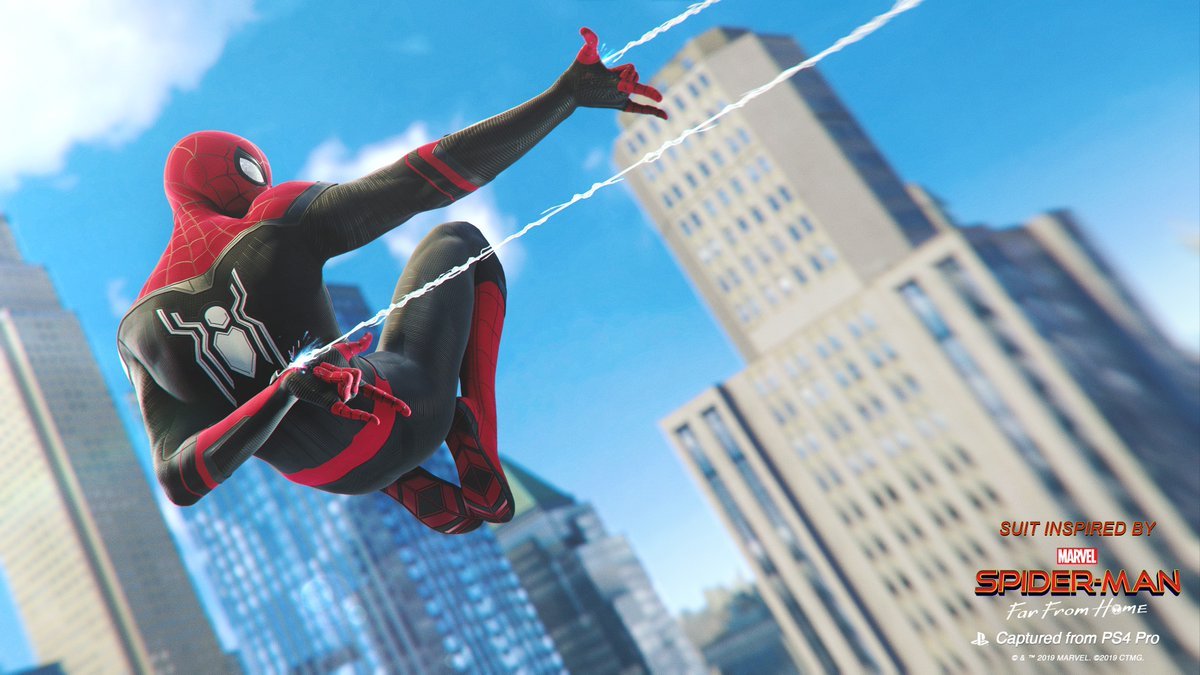 Marvel's Spider-Man fans have some new goodies to look forward to with the debut of Spider-Man: Far From Home webslinging into theaters, As part of a celebration of the new movie hitting theaters, Insomniac Games is bringing two new suits inspired by the movie in an upcoming Spider-Man PS4 update.

The update is free for owners of the game, and it's available today. You'll get both the new Upgraded Suit and Stealth Suit to play around with, torn straight from the movie. Once you've build the Advanced Suit early on in-game, you can switch between suits later on in the story. You'll only be able to use the new suits once you've gotten to that point in the game. Make sure you've played far enough into the story so you can swap into these new duds and make Peter Parker proud.

Both suits are quite attractive, and if you're keen on seeing the new Spidey movie, it should be fun to don a new look and take it for a spin around the city while doing everyday, totally normal superhero stuff.

If you haven't yet swung through the streets of Manhattan as Spider-Man in Marvel's Spider-Man on PlayStation 4, check out our review, where our own Kevin Tucker awarded the game a 9 out of 10: