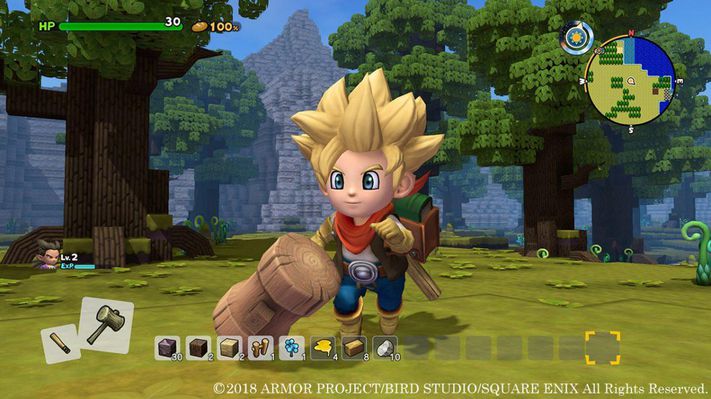 Dragon Quest Builders 2 is on its way to PlayStation 4 and Nintendo Switch later this month, and the latest trailer from Square Enix is chock-full of details and footage of what you can expect from the game's multiplayer and co-op play.

The game will let you work together with friends in up to four-player online multiplayer as you customize your character, visit friends' islands and build structures together. Of course, there's also a single-player campaign as well where players will have to work toward the seemingly lofty goal of defeating a cult that worships literal destruction: the Children of Hargon.

The game's coming to both platforms on July 12, so if you've got some free time planned around the middle of the month, you might want to pencil in Square Enix's latest – it looks like a lot of fun.

Previously, Kevin Tucker reviewed the original Dragon Quest Builders, awarding it an 8 out of 10. Here's what he had to say about the title:

"It's hard not to be charmed by Dragon Quest Builders. The team at Square Enix have managed to improve upon the concept of a crafting-focused sandbox game simply by adding in a touch of direction and personality. Players are still able to tear down and rebuild the world as they see fit, but the addition of townspeople and objectives makes Builders feel like a much more robust experience than similar games that came before it, even if it does at times feel a little clumsy. The resulting mix is by no means perfect, but Dragon Quest Builders still has more than enough content on offer to keep Nintendo Switch players satisfied for the foreseeable future."

We'll be bringing you a complete review of Dragon Quest Builders 2, so be on the lookout for that as well as more exciting updates in terms of what you'll be able to do with the newest entry in the Dragon Quest series.