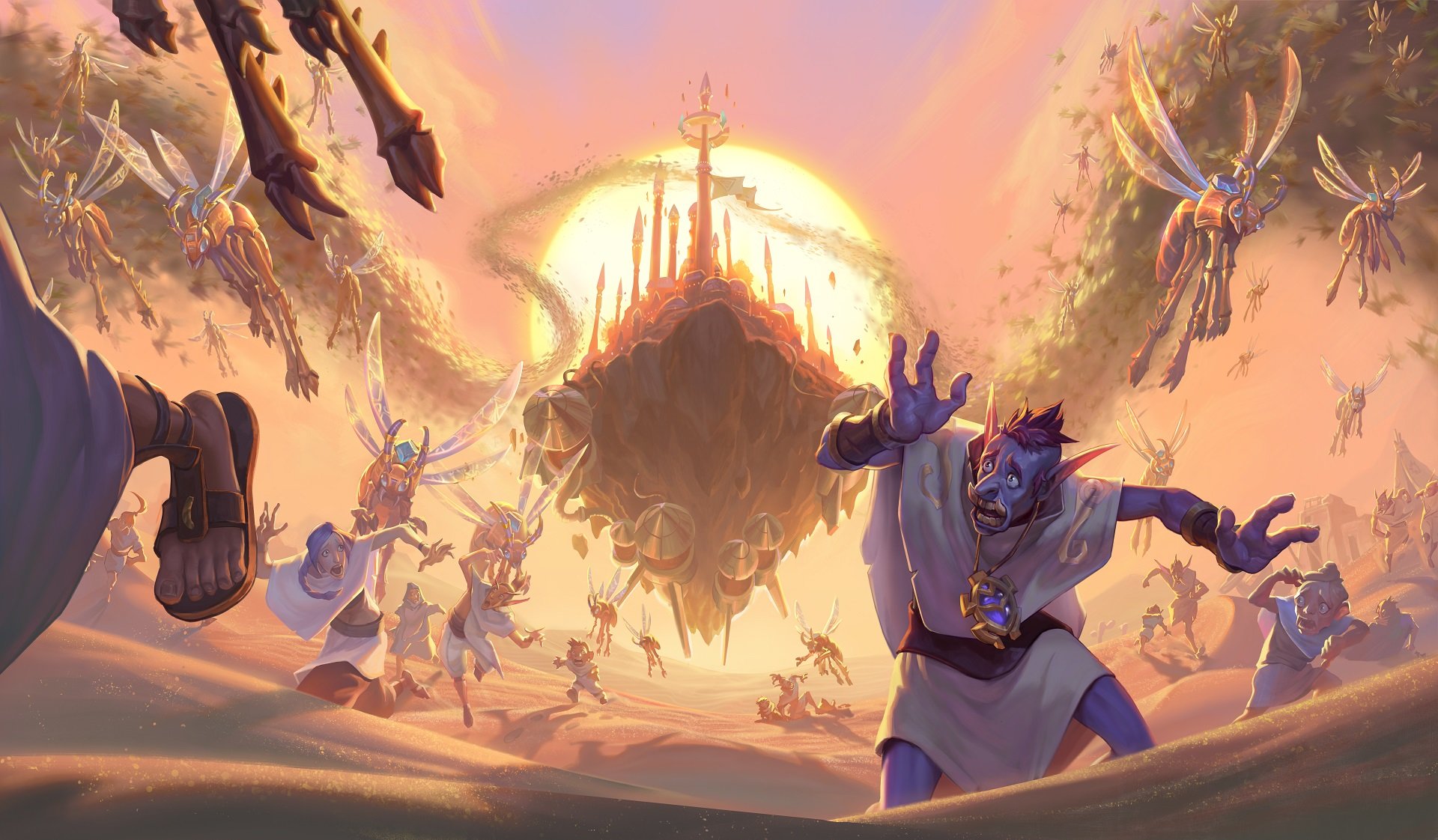 The arrival of a new expansion means, of course, that it's time for the Arena mode sets to rotate. This is part of the new normal for Arena, first unveiled back during the reveal of the Year of the Dragon, with Blizzard stating that Arena's featured expansions would change every two months.

As one might expect, the new hotness of Saviors of Uldum will take center stage with the next incarnation of Arena, as will the usual Basic and Classic card sets. Here are the other Hearthstone sets that will be featured in the next Arena rotation:

It should be interesting to see how these sets play with each other, especially with Saviors of Uldum's Lackey-generating cards not having the Rise of Shadows Lackey-generating cards to synergize with. It remains to be seen whether the Rise of Shadows Lackeys themselves will be part of this or whether the new expansion will introduce all-new Lackeys. We'll find out this answer in the weeks ahead. It should also be interesting to see how well the all-new Classic cards fit into this Arena setting.