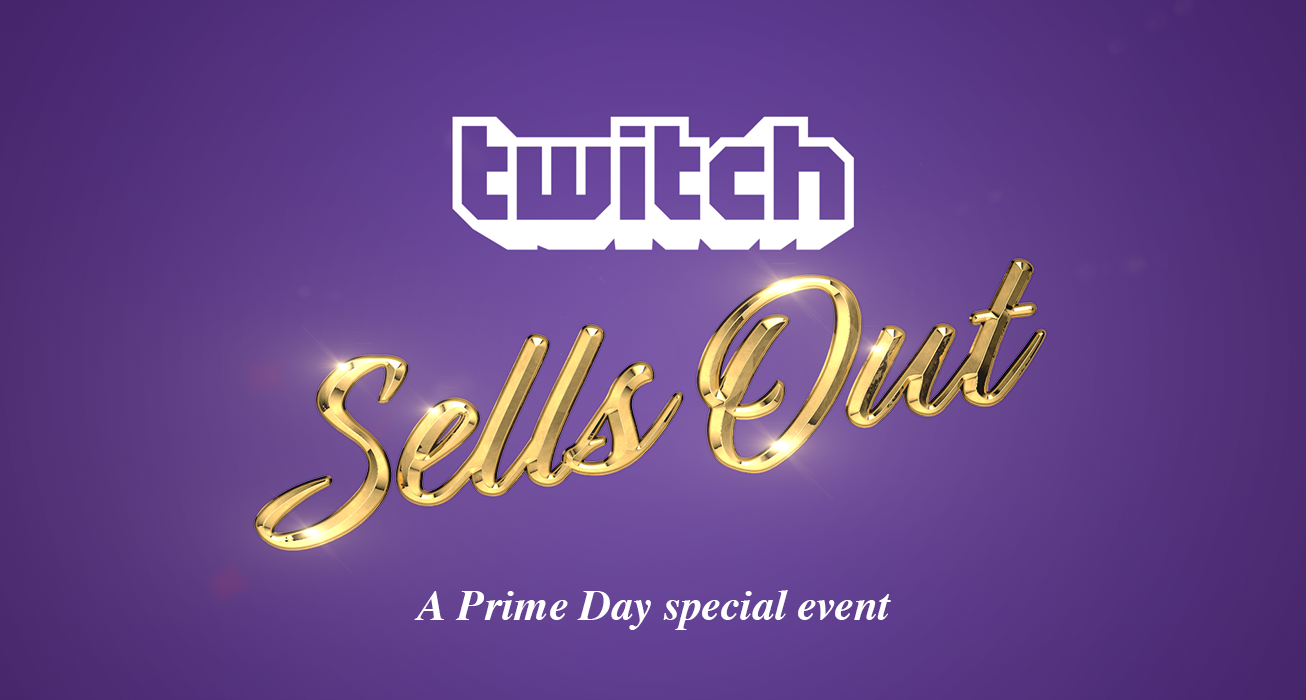 Ever wished you could go shopping on Twitch? Don't panic, but you totally can with Twitch Sells Out, a two day TV shopping-esque event that will feature a variety of items on sale for Amazon Prime Day.

The stream, cleverly titled Twitch Sells Out, will go live throughout July 15 and July 16, when Prime Day kicks off via the Twitch Presents channel. The Twitch team has gone through the available items on sale and has summarily highlighted things that Twitch viewers won't want to miss out on.

Popular Twitch streamers will descend on the stream to showcase deals on things like games and gaming peripherals as well as kitchenware, electronics, and more. Throughout the stream, they'll also unveil some interesting demos and gameplay from some of the biggest releases of the year. While you're taking all of that in, you can order all of the items you're interested in directly from the stream.

You'll have to have Prime if you want to participate (obviously) but Twitch is offering a free trial for you to get started so you can jump in on the fun. Then, if you want to help stream on your own, you can co-stream the celebration for the entirety of Twitch Sells Out. You can add your own commentary to the items that go on sale in this way, offer links to your own viewers to items that can be purchased, and a whole lot more using the Blacksmith Extension. Checck out the official Twitch blog for more details on that.

A full list of the streamers participating in the event will be released soon, so for now make sure you mark your calendar and get ready to jump in. Also make sure you save some gold pieces for merchandise which will be 30% off from July 3 through July 16. You'll even get 10% more Bits when you Cheer ten or more times with the BleedPurple Cheermote in any affiliate or partner channel.

Make sure you get involved with Twitch Sells Out when it starts on July 15 at 10 AM PT, and we'll keep you updated on all the deals there are to watch for when the action goes down.