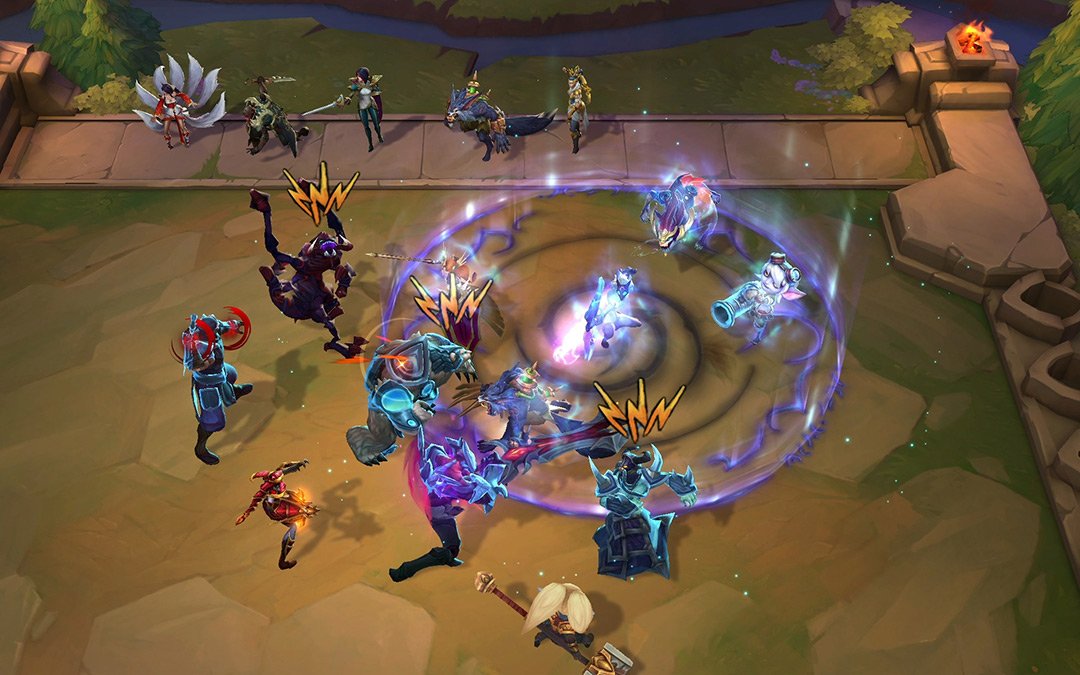 Gaming's Auto Chess trend continues to grow in popularity by the day. Shacknews has recently been following Valve's jump into the growing genre with Dota Underlords, but MOBA competitor Riot Games has also thrown its hat into the Auto Chess ring. League of Legends is throwing in its effort in as a separate game mode called Teamfight Tactics, with Riot officially releasing the open beta.

How does Teamfight Tactics work? Games start with a planning phase, where you'll earn gold and purchase League of Legends champions. Players will then take their champions and deploy them on the battlefield. When the Combat Phase begins, champions will automatically do battle with an opponent's champions based on where they were positioned. Rounds will end with one team left standing, with both sides earning gold based on wins and streaks. All players will then level up and proceed to the center of the Convergence, where they'll pick a fresh group of champions. Similar champions can be combined to unlock superior versions of themselves, which reduces a team's numbers, but gives a team a slight edge in strength. There are eight players total taking part in a Teamfight Tactics session, with only one winner at the end.

This is understandably a lot to soak in, which is why Riot Games has offered a gameplay guide for the uninitiated. There's a bit more to Teamfight Tactics, including PvE rounds, item usage, and origin/class bonuses. Just like in League of Legends, each champion is distinct and comes with their own abilities. There are 50 champions available right now, with the roster set to grow in the weeks ahead.