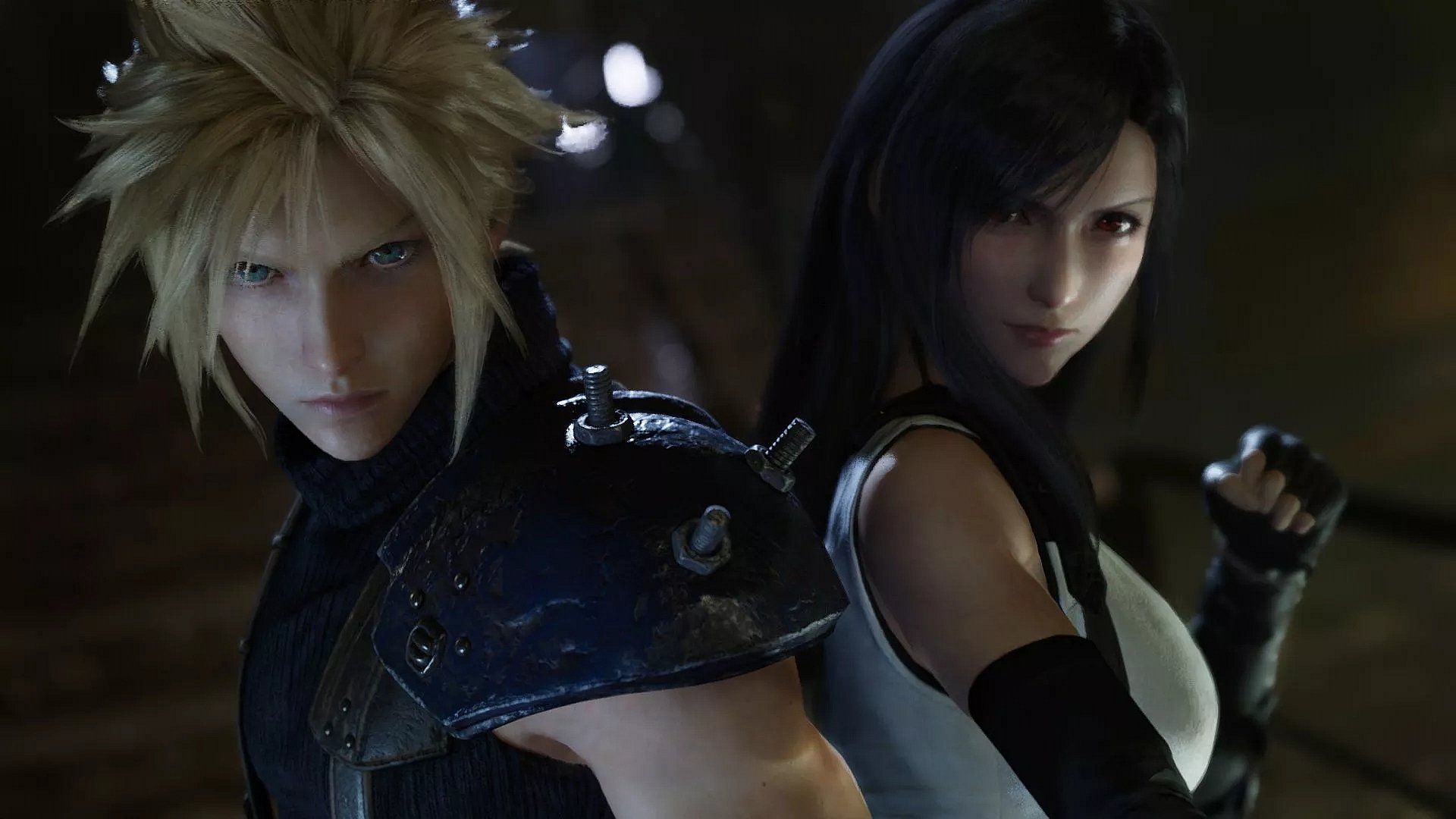 If you can't wait to take in every single sight and sound of the upcoming Final Fantasy 7 Remake like me, you're going to want to sit down for this bushel of new details from Weekly Famitsu.

A new interview from Tetsuya Nomura (via Ryokutya2089 and Games Talk) sheds some new light on a few of the elements we previously didn't know about or had questions on, and they're quite illuminating. First off, one question on every classic Final Fantasy 7 fan's mind was whether or not the game's Honey Bee Inn would be included in-game. The answer is yes, and it appears Cloud will still be donning a dress in that scene.

"We've made it more modern," says Nomura. "If we made the facility like we did in the original game, the physical unease would be staggering, so that was no good..." He could be referring to how gross Don Corneo himself was, and that's easy to understand, but that was also part of the scene's appeal, so hopefully it's not been toned down too much.

Further, that weird black mist from the trailer we saw at E3 2019 that surrounded Aerith and Cloud is called "the watchmen of fate" and are actually mysterious beings that "appear before the party wherever they go." That sounds very interesting, indeed.

"I hope that even those who have played the original game will enjoy the new elements," said Nomura of the watchmen. What purpose will they serve? It's hard to tell for now, but it's unclear whether they're benevolent or evil forces. They're just part of the expanded content seen in the game in addition to plenty of dialogue options that can change depending on your responses, new scenario additions and new scenes, and new enemies "for the sake of level design."

And on the subject of Tifa Lockhart, Nomura had some interesting comments as well.

"We wanted Tifa to have abs, so she has an athletic body type," said Nomura. "The ethics department at Square Enix also told us that we had to tighten her chest as not to get unnatural during all the intense action. From there we got the black underwear and fitted tank top." Seems a bit silly to have to concern yourself about "unnatural" chest movement, but in this day and age, it's understandable that these comments were made -- Tifa's character design is relatively unchanged in the ways that matter, however, so I can't wait to see more of her in action.

Final Fantasy 7 Remake is releasing on PlayStation 4 on March 3, 2020, which means it's not that far away! Be sure to check out my hands-on preview from the E3 show floor, and let us know your thoughts on the game's multitude of new changes, which definitely seem that they're for the better, as much as I love the original.