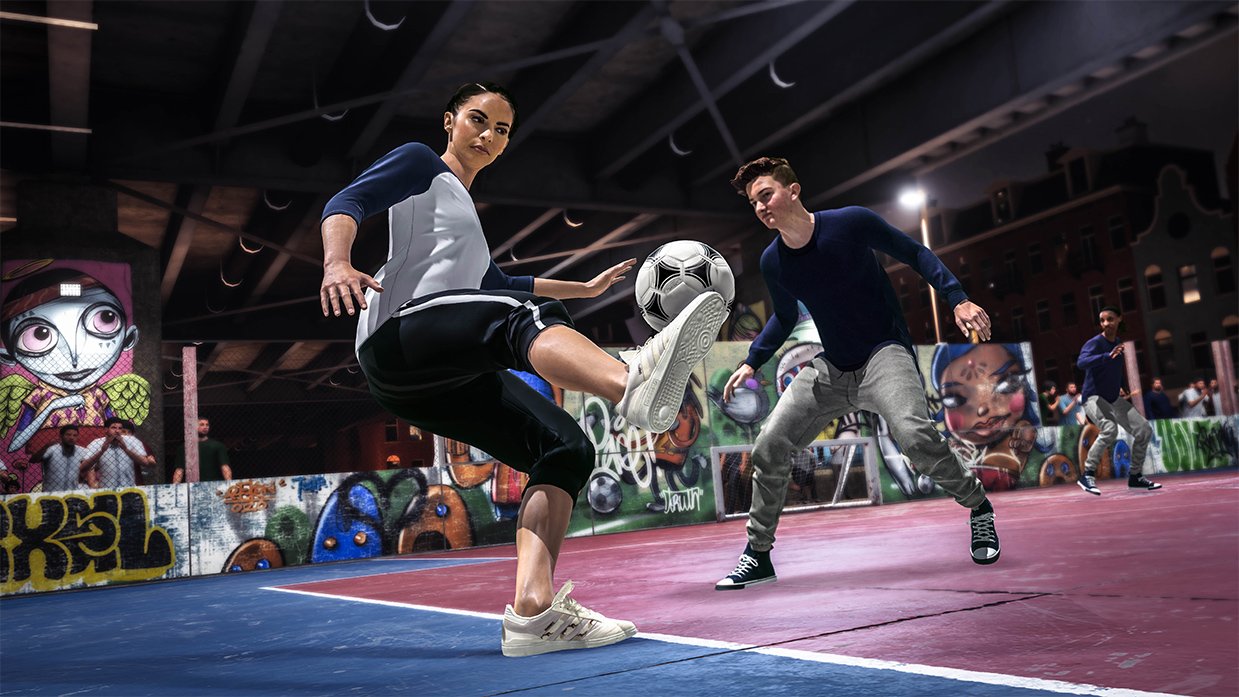 Electronic Arts is about to shake up the FIFA formula with Volta Football, a new street-style take on soccer that might call back a few memories of FIFA Street. Announced at E3 2019, or rather the publisher's own EA Play showcase ahead of the exposition, Volta Football brings loads of new changes to the now-familiar FIFA style.

Shacknews' own Man with the Briefcase Asif Khan was on-site at E3 2019 and was able to speak with Jeff Antwi, producer for Volta Football, to learn more about the newest gameplay mode landing in FIFA 20. Check out our interview in the video featured below.

According to Antwi, the FIFA team has been interested in implementing Volta football for a long time. In its research, the developers toured the world in order to speak with both fans and players to cut straight to the core of street football.

Of course, the result is not an entirely new game, but instead a new gameplay mode being baked into the FIFA 20 experience. This was a deliberate choice by the developers, with Antwi saying, "It's [about] returning street football back to FIFA, and for the first time really as a singular offering as a mode in FIFA 20. We've always focused on the stadium side of things, but with this, there's a whole other culture of street football we wanted to bring to FIFA, and we wanted to kind of combine the two into one offering."

To make Volta really work, the developers had a couple of key points they wanted to hit: The first and most obvious is that the mode is built right atop the FIFA engine. Beyond that, Volta football allows for more expressive play, even from relatively inexperienced players, with options for simplified skills as well as flick-ups.

Sports game fans can check out all that Volta Football has to offer when FIFA 20 releases for PlayStation 4, Xbox One, Nintendo Switch, and PC on September 27. Users can stay on top of this launch date and others by checking out our 2019 video game release date schedule. For more developer interviews straight from E3, be sure to check out Shacknews and GamerHubTV over on YouTube.