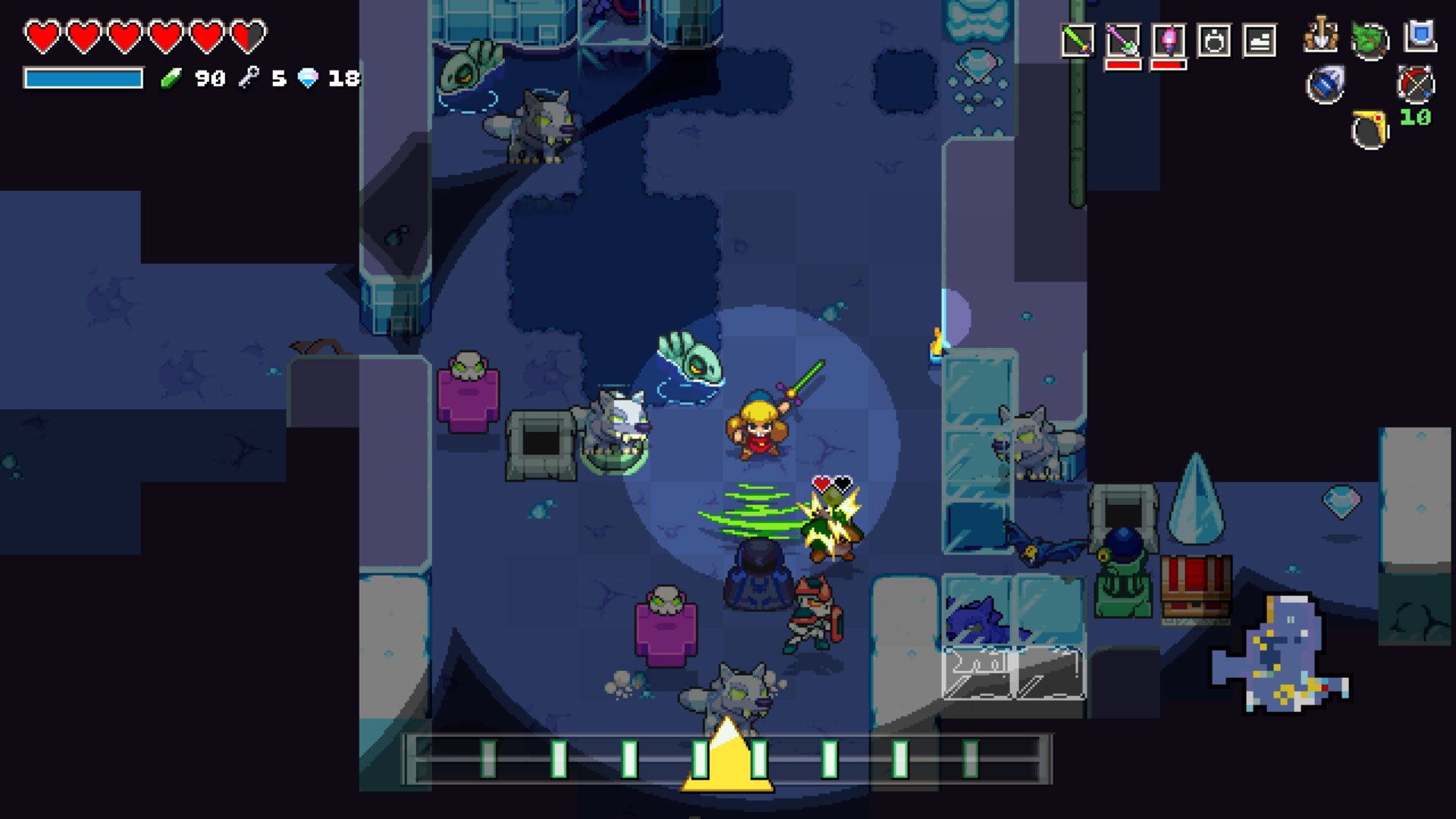 How long does it take to beat Cadence of Hyrule?

Developed by Brace Yourself Games, Cadence of Hyrule: Crypt of the NecroDancer featuring The Legend of Zelda is an intriguing and unique spin-off from Nintendo’s popular fantasy series. If you’re planning on picking up the latest game featuring Link, Zelda, and the cast of Hyrule, then you’re probably wondering how long does it take to beat Cadence of Hyrule? Well, we can help. Let’s dive right in.

How long does it take to beat Cadence of Hyrule?

Cadence of Hyrule: Crypt of the NecroDancer featuring The Legend of Zelda is a splendid mashup of the Zelda games and Brace Yourself Games’ hit Crypt of the NecroDancer. In Cadence of Hyrule, players must move along to a beat as they defeat enemies, solve puzzles, and complete various dungeons and temples on a one-of-a-kind adventure through Hyrule.

As you dance your way through the dangers of Hyrule, though, you’ll find yourself with several hours of content to play through. It will take players an average of four to five hours to complete Cadence of Hyrule for the first time. As a roguelike, though, no playthrough is the same, so you can run through the game a second time after beating it to experience a new path. Of course, your subsequent playthroughs might not take as long, but that first one is probably going to net you at least four to five hours as you explore the world.

Now that you know how long it will take to beat Cadence of Hyrule, you can dive right back in and dance your way to victory over the land. Make sure to pay attention to the enemies’ rhythms and move in tandem with the beat. For more help, be sure to head back over to our Cadence of Hyrule hub, where you’ll find more information about one of the best Zelda spin-offs we’ve ever seen. To keep up with all our content, make sure you follow Shacknews on Twitter.