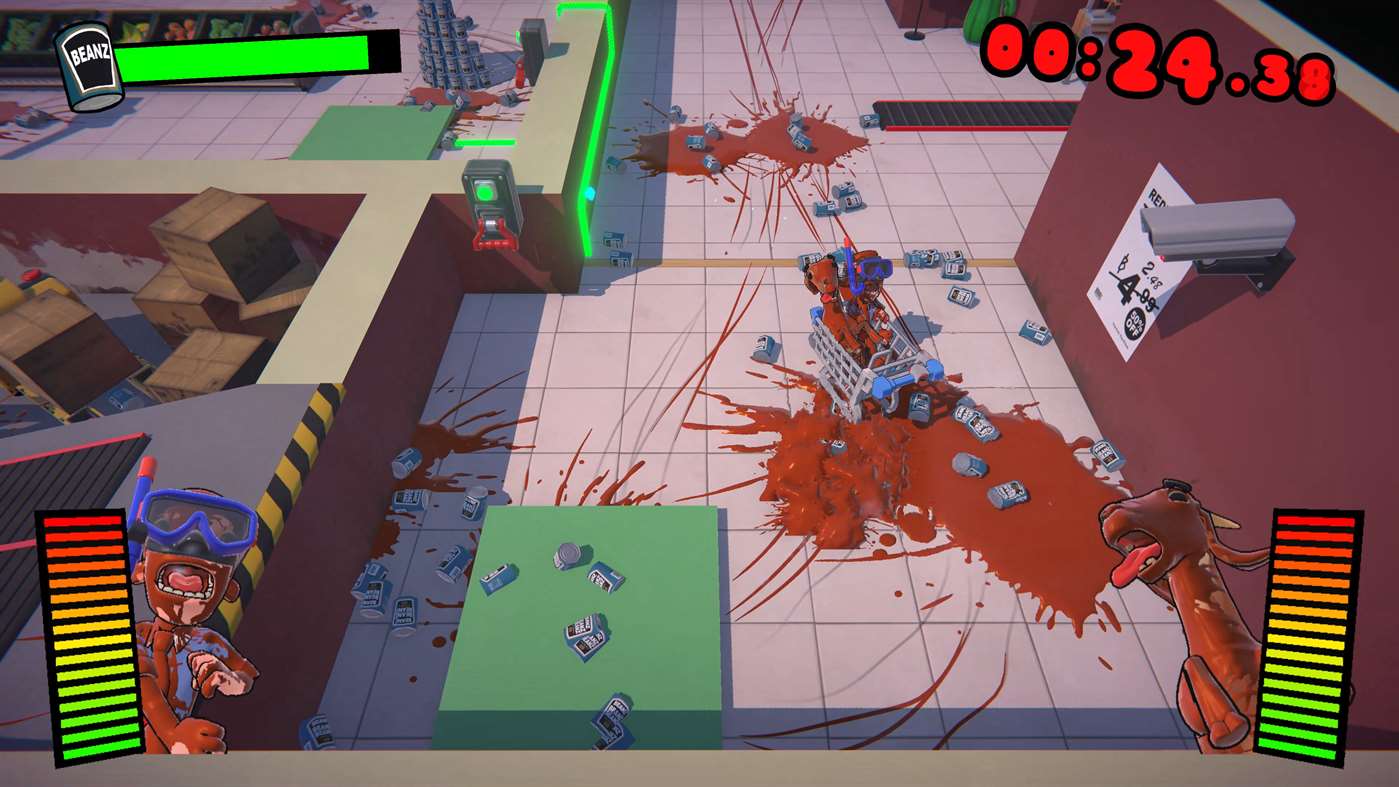 Scream your way to victory in Supermarket Shriek

We're all about imaginative input options here at Shacknews, and there's one studio out there offering a very unusual way to play its game. Supermarket Shriek is the latest title from Billy Goat Entertainment Ltd., and it's unique not only in that it offers a co-op experience where one player is a human and another is a goat, it also allows players to control its heroes by screaming into their mics.

Shacknews was able to meet up with William Barr, director of Billy Goat Entertainment Ltd., at E3 2019 to learn all about the studio's new zany release, including a glance at its design inspirations and most unusual features.

So what's Supermarket Shriek all about? For that answer, let's turn straight to Barr:

"[Supermarket Shriek is] basically a typical story about a guy and a goat, they're in a shopping cart, and they're basically trying not to get murdered while they traverse a series of obstacle courses set inside a variety of supermarkets.

"It's a pretty standard affair; we're not really doing anything out of the ordinary."

One of the biggest draws to the game is its unique cooperative gameplay. With one character assuming the role of the human and the other controlling the goat, each player has control over just one side of the cart. They'll have to work together in order to make it through the environment without falling into traps or any other kind of environmental hazards. Even better, and certainly calling to the game's name, players can use their microphone as an input option and steer the characters by screaming into the mic.

If that does't make for hilarious gameplay, we don't know what will. Supermarket Shriek is available right now on the Xbox and PC through Xbox Game Pass. For more hot developer interviews straight from the Electronic Entertainment Expo showroom floor, be sure to follow both Shacknews and GamerHubTV over on YouTube.

Apotheosis Studios interview: Working with Wizards of the Coast & more

ShackStream: Remnant: From the Ashes giveaway & 4K gameplay with the devs [Updated]