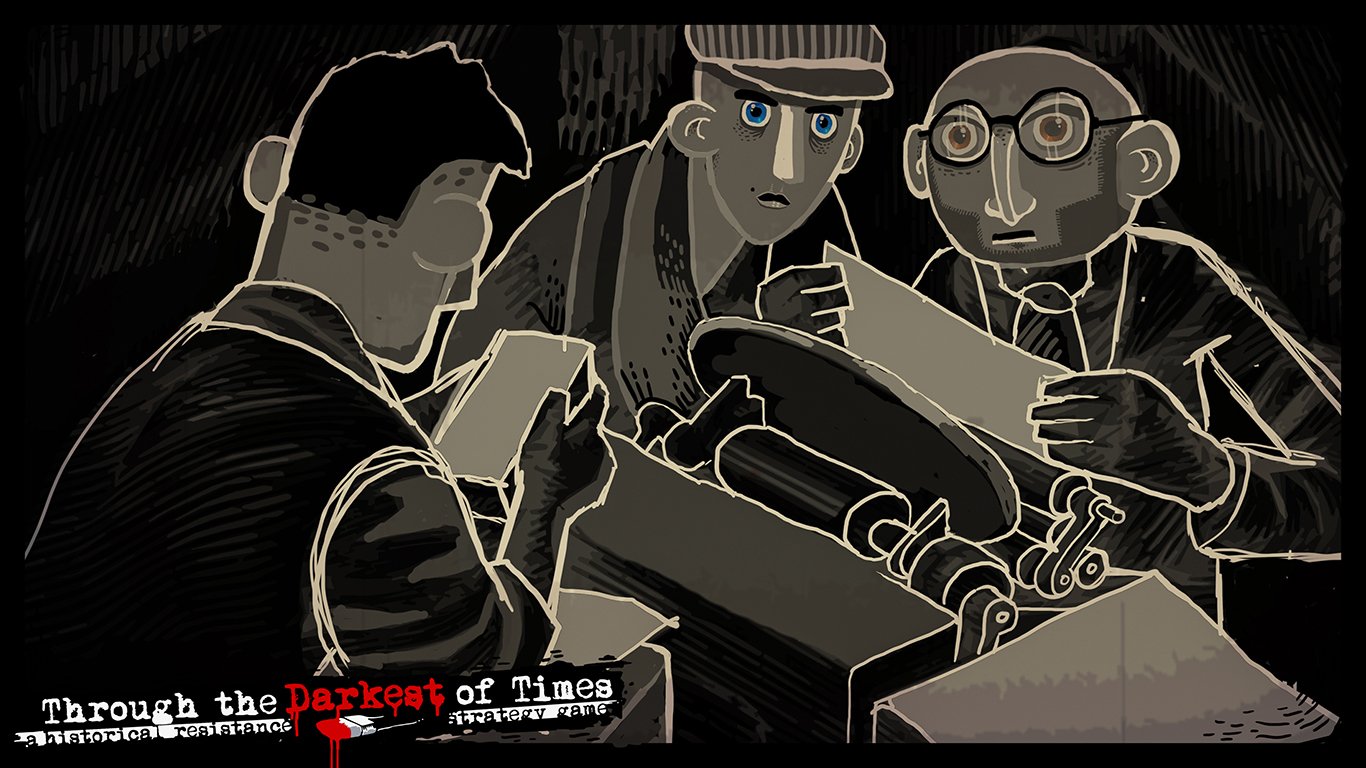 Developed by Paintbucket Games, Through the Darkest of Times is a turn-based, historic strategy game focused on building a resistance to take down Adolf Hitler. We had the opportunity to speak with THQ Nordic about this game, please check out the interview below!

Through the Darkest of Times introduces players to Germany at the onset of Adolf Hitler’s rise to power. The story has players fighting back against the regime of Hitler’s and the Nazis by amassing followers.

During the first playthrough, Through the Darkest of Times is completely historically accurate. Players will be able to follow Hitler’s rise and fall as they resist his regime. Upon completion, an alternate history mode will be unlocked where the player’s actions actually have a direct effect on history, changing the outcome.

Judging from the gameplay, Through the Darkest of Times appears to have a strong focus on storytelling, where actions and responses must be selected. These decisions will give a greater insight into the trials and tribulations of the people of the time.

As for how you will actually fight Hitler, it's all through gaining followers to be sent out on missions. The more followers you gain, the tougher the missions become. Each follower has certain areas that they excel in, such as propaganda, empathy, and secrecy, which must be matched to the missions to help with success.

There will be some resource management and allocation, though this wasn’t expanded upon. One important note is that followers aren’t just robots, their morale will wane overtime. Constantly fighting in a resistance tends to do that. To help keep morale high, you must send your followers off to enjoy themselves, such as by going to dances.

Check out the GamerHubTV YouTube channel for more developer interviews straight from E3 2019.