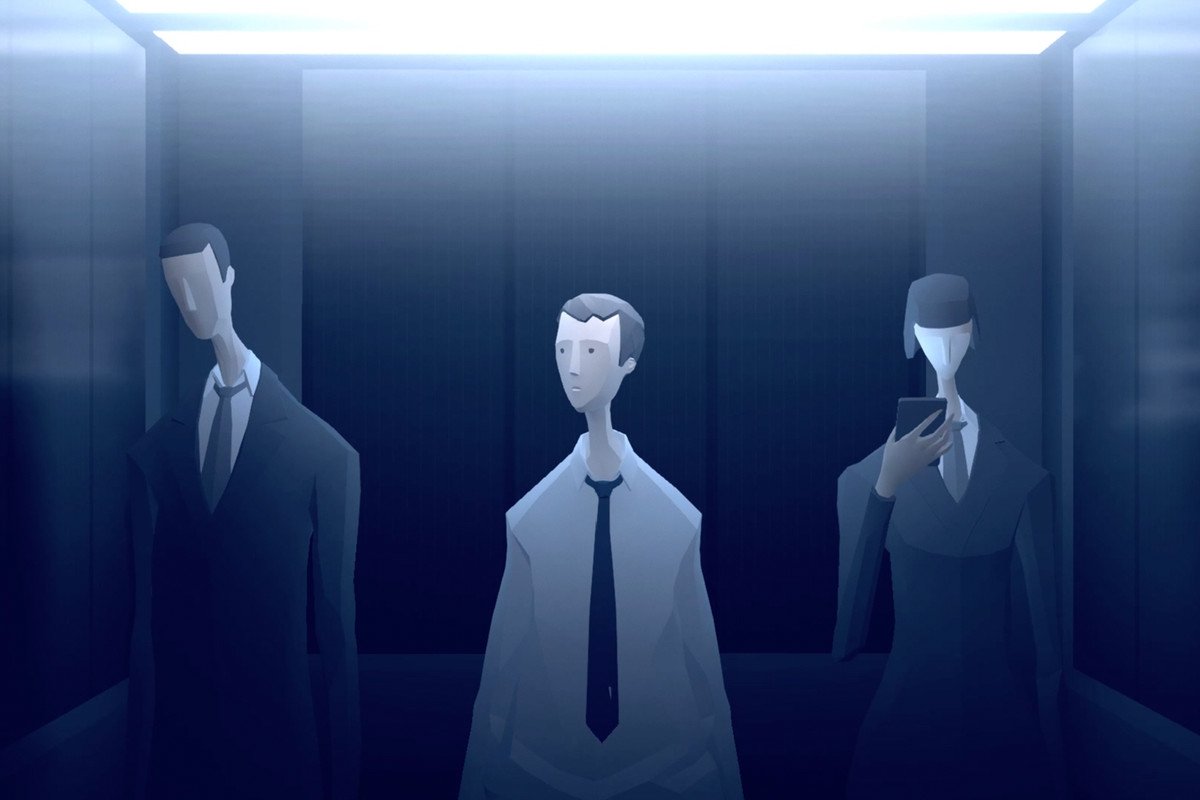 Mosaic is a beautifully depressing indie title by Krillbite that introduces the player to a dreary, washed out world. We had the opportunity to speak with Jon Cato Corentzen about designing Mosaic, all while he played the game in front of us. Check out the gameplay and interview below!

The concept of Mosaic is simple at heart but also explores the existential dread of being a human. Players take on the role of a man who goes to work every day to sit in an office. He’s a tiny, insignificant part of a huge machine.

At first, players will start rather close to the character, but as they begin to explore the world, the camera pulls out to show just how meaningless your existence really is. If an existential crisis is slowly wrapping itself around your throat, don’t be alarmed, because the game is about breaking this cycle.

There are opportunities for the main character to daydream and stretch his imagination. These are interactive points around the world highlighted be a glowing circle. In one instance, the character imagined the city around him being demolished to make way for the sun and nature.

But it’s not all lollygagging and daydreaming. Mosaic has a mystery for players to solve. As you unravel what's wrong with the city, you will be able to perform different actions, which will have consequences later on. This influence will no doubt be critical on your journey to take down the machine.

Jon also drew attention to the game’s sound design. A lot of time was spent on the audio in order to create a deeply unsettling feeling. The audio really underscores the notion that something is amiss in this world.

Be sure to head over to the GamerHubTV YouTube channel for more interviews and gameplay hot off the presses from E3 2019.