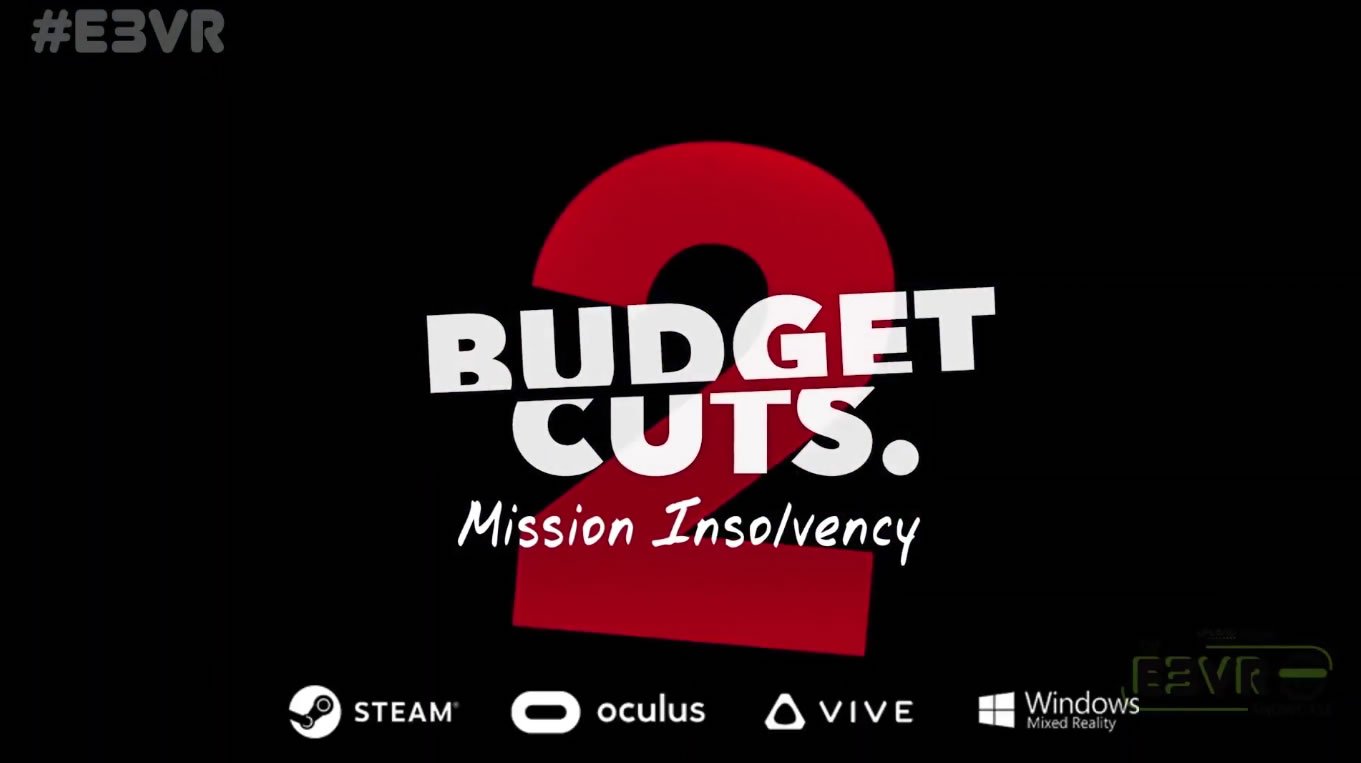 UploadVR had an E3 2019 showcase aimed directly at virtual reality enthusiasts where developers could show off their latest projects. The folks at Neat Corporation, the studio behind VR release Budget Cuts, was among those developers, and the team announced a collaboration with Fast Travel Games for its upcoming VR sequel Budget Cuts 2: Mission Insolvency.

According to the developers, Budget Cuts 2: Mission Insolvency will be a "self-contained title," meaning there's no need for players to own or even play the original release. Of course, they'd hope that you would, as many of the entertaining elements that make up the sequel can be found in the original release.

Missed the first Budget Cuts? Here's the basic pitch: It's a VR stealth game built for room-scale hardware where players take out robotic sentries with an array of entertaining real-world objects. Stuck at a dead-end job at TransCorp, players watch as their allies are "dragged off to the terrifying HR department," and must make a mad dash to save their own jobs.

Budget Cuts 2: Mission Insolvency is planned to release for "all high-end VR headsets" sometime later this year. For those keeping tabs at home, that wil linclude the Oculus Rift, Oculus Quest, HTC Vive, Valve Index, and Windows Mixed Reality HMDs. As soon as the launch date is announced, you can bet your bottom dollar it'll be featured over on Shacknews' 2019 video game release date schedule.