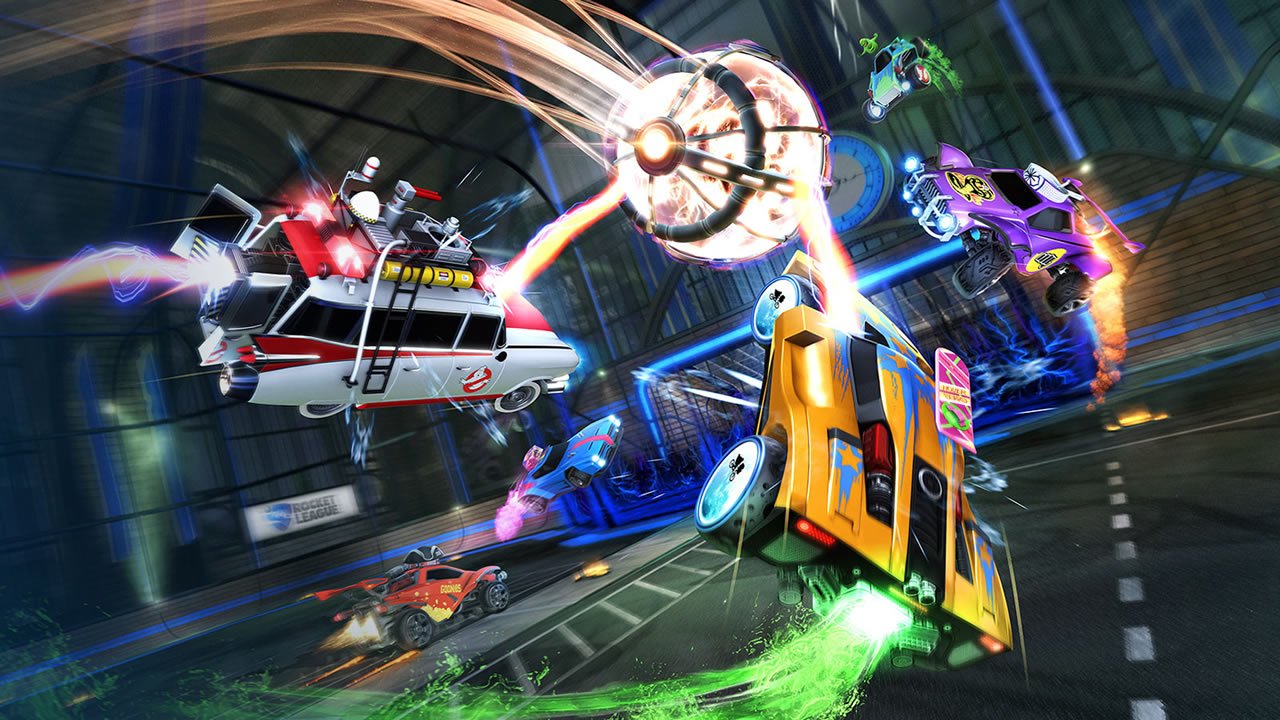 The latest event to land in Rocket League will drench the game in 1980s pop culture. Called the Radical Summer Event, the developers at Psyonix are about to kick off a series of specially themed activities and content for its soccer-with-cars title. Comprised of three separate "celebrations," players can expect loads of '80s references to everything from Karate Kid to Knight Rider.

The festivities kick off starting on June 10 with the '80s Blockbusters celebration. All the way through July 1, Rocket League players will be able to enjoy the Ghost Hunt limited-time mode that requires them to carry the ball through means of a proton stream. This first celebration will also play host to the Ghostbusters Ecto-1 Car pack as well as in-game items from Back to the Future, The Goonies, Karate Kid, and E.T. the Extra-Terrestrial.

From July 1 through July 22, the game will be hosting the '80s Culture celebration. During this time, players will be able to enjoy the Spike Rush 3v3 mode, which notably features the Spike ability seen in Rumble. This period will also see the release of "new in-game items highlighting the iconic culture of the '80s" through the Radical Summer Event Store, according to a press release.

Finally, from July 22 to August 12, the '80s Television celeberation is in swing. Kicking off the action is the nifty Knight Rider Car Pack, which of course includes the talking vehicle K.I.T.T. in addition to several themed items. As for gameplay, fans can drop into the Beach Ball 2v2 limited-time mode, offering a much larger ball and reduced gravity alongside an activated Curveball mutator. The Radical Summer Event Store will also be stocked with new items from such properties as DreamWorks Voltron Legendary Defender.

The 1980s land in Rocket League in spectacular fashion when the Radical Summer Event kicks off on June 10. Be sure to keep up on the latest highlights for Psyonix's hit competitive title by rocking on over to Shacknews' Rocket League home page.