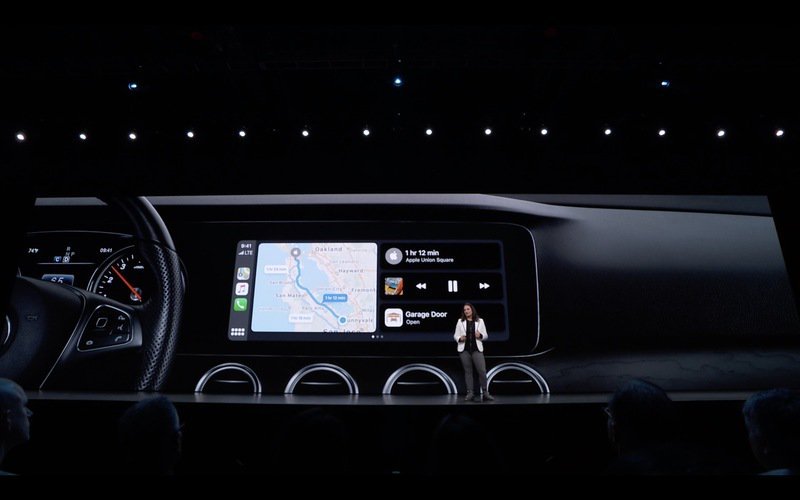 Apple's WWDC 19 special event continued with the company's continued infiltration into every aspect of human life. The next reveal revolved around Apple's CarPlay service, which involves the company's vehicle interface. CarPlay is set to receive some big updates with the arrival of iOS 13, with Apple touting this as the biggest update to the feature to date.

The most notable addition to CarPlay involves third-party apps, like Pandora and Waze. These apps will now work with CarPlay and with Siri, allowing users to control these apps with their voice. This will be made easier with a new dashboard user interface, one which contains a much less intrusive Siri function. Multiple apps and a GPS functions can all fit within the CarPlay interface. Siri's functions will also extend to location-based recommendations.

There's an all-new Music app, which integrates into the new dashboard design. Apple CarPlay will also receive a new Calendar app, making it easier for drivers to make their critical appointments.

Apple also revealed a few statistics about its CarPlay service, making sure to note that CarPlay is sold in 90 percent of all modern cars in the United States. Apple's next CarPlay update is coming soon.