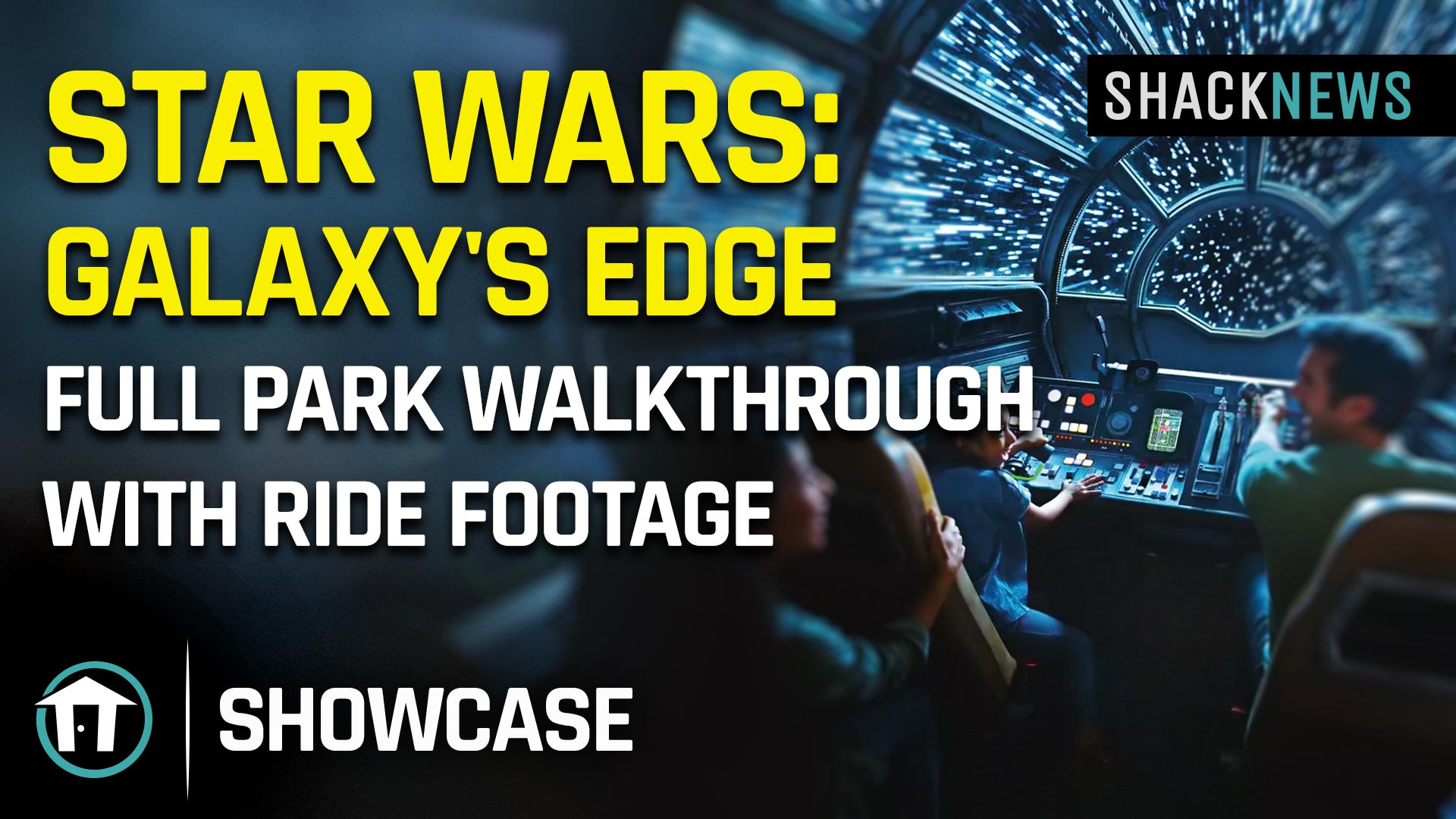 Star Wars: Galaxy’s Edge has finally opened at Disneyland California, and fans are already raving about how the experience immerses them in a galaxy far, far, away. Thanks to footage recorded at the park, we’ve got nearly half an hour’s worth of Galaxy’s Edge content for dedicated Shacknews readers to enjoy.

In the video below, you’ll see all the coolest and most fascinating parts of Star Wars Galaxy’s Edge. For example, early on you can see plenty of fans inside a cantina that bares a resemblance to the location where Luke Skywalker and Obi-Wan first met Han Solo and Chewbacca. You can also see some wicked looking Star Wars foods such as the infamous blue milk.

One of the best part of the walkthrough is seeing the Smuggler’s Run ride in action. This ride allows attendees to pilot the Millenium Falcon through dangerous missions. The inside of the cockpit looks 1:1 with what’s seen in the films, and you can even see the fans maneuvering the ship's path.

Another notable moment is when we see a First Order officer speaking to a crowd about the possibility of a resistance spy being hidden amongst the citizens of Batuu. Shortly thereafter, Kylo Ren himself steps out of his command shuttle and addresses the audience. Moments like these seem as though they’ll be common around Galaxy’s Edge, and are brought to life by the passionate Disney cast members.

If you’re interested in more Galaxy’s Edge content, we suggest checking out our videos on Galaxy’s Edge opening ceremony, or our exclusive interview with the park's executive creative director on the park. For more Star Wars content, subscribe to the Shacknews and GamerHubTV’s YouTube channels.