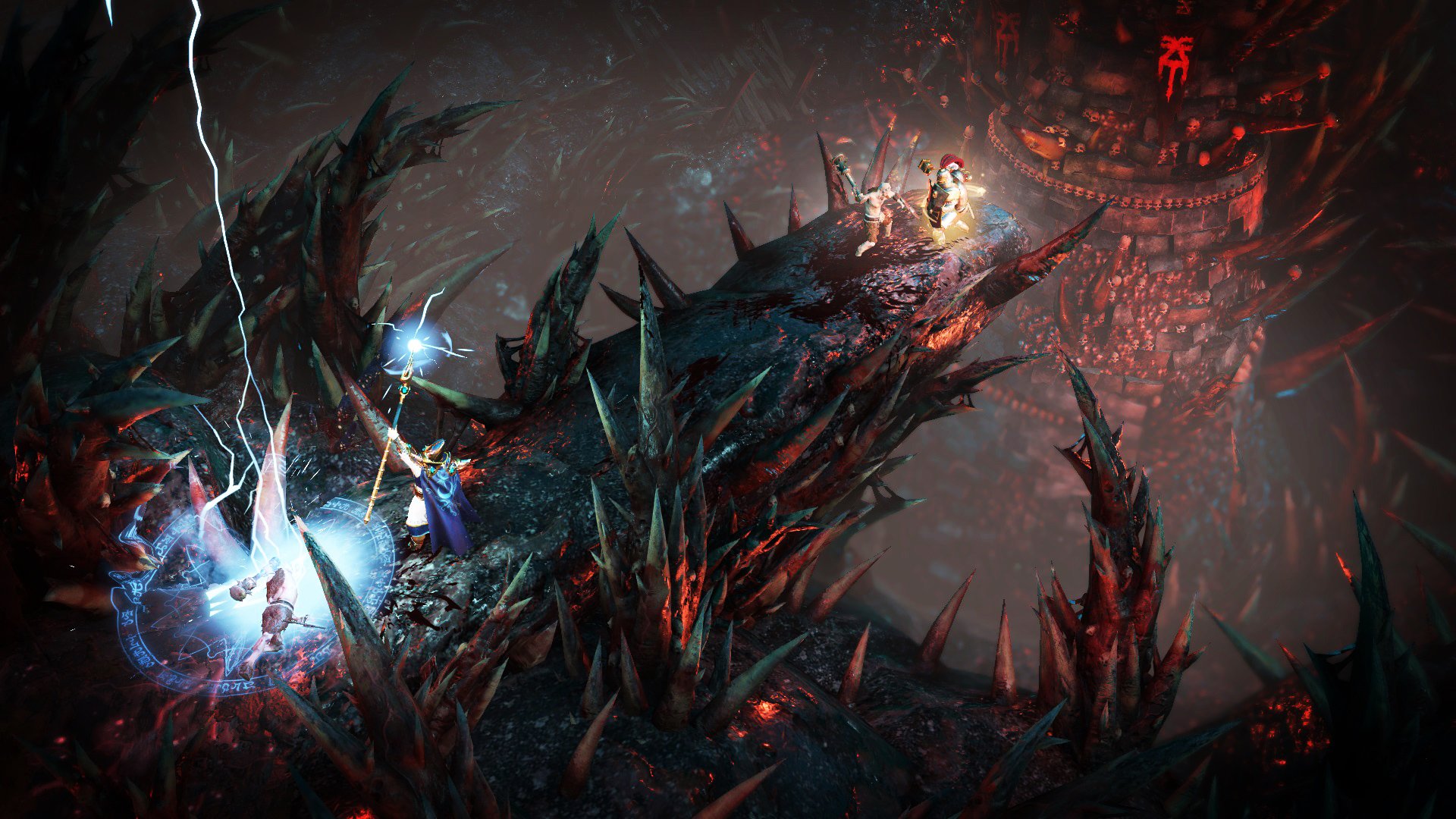 Are you ready to check out some Warhammer: Chaosbane gameplay videos? You're in the right place. Shacknews was recently able capture some fresh footage of the latest Warhammer game, and from what we've seen, Chaosbane lives up to the series' reputation of offering brutal, visceral combat in an action RPG steeped in the series' canon.

This video series features plenty of elemental attacks and flame-based combat made possible through the High-Elf Mage class, perfect for spellcasters looking to pick enemies off from a distance. Skills on display in this early-level video include fire-based attacks such as Aqshy Missile, Blow of Fire, and Aetheric Orb. The Mage also makes use of Step Between Worlds to quickly teleport across short distances, opening gaps to deploy Aetheric Tornado, a spell that can push away and clear enemies from the area.

Taking it to the treacherous Nurgle Sewer, our defiant spellcaster gets into the groove of taking out the fiery foes found lurking in the depths. This time the Aetheric Orb and Arcane Hail come into play, providing the ideal slow-roasting combo needed to properly destroy the invading menace.

Heading into the frozen tundras, our heroic Elontir takes a little bit of time to start managing skills more actively. Here players can get a sense of the game's various menus as well as how basic and advanced skills can be assigned. Some of these additional skills also come into play, including the upgraded Superior version of Arcane Hail, the Mastered version of Step Between Worlds, plus a combination of Aetheric Storm and Aetheric Vortex.

Feeling the surge of experience, our level 38 hero now has all the trappings of of a seasoned monster slayer. That's a good thing, as the world of Tzeentch is practically overflowing with nefarious creatures seeking blood. Showcasing his growing power, Elontir makes use of Phoenix Bulwark to deploy a flaming barrier that will toast enemies who try to cross its path. The Blinding Light skill has now been mastered and is being put to good use, as is the Mastered version of Breath on Fire. As you might expect, all of these abilities will soon be put to the test.

Stumbling into a subterranean lair, our hero now faces the biggest challenge yet: the Keeper of Secrets. Materializing in a truly demonic form, the Keeper makes use of floating energy orbs as well as a number of shadowy minions to keep the Mage at bay. It won't work, of course — the player always wins, right? The Keeper puts up one hell of a fight, but our hero is just too powerful. The Keeper may fall, but that's not to say the fight is over.

Stay on top of the latest Warhammer action RPG coverage by stopping by our Warhammer: Chaosbane home page. For more in-depth gameplay videos as well as interviews with top developers, be sure to follow Shacknews andGamerHubTV over on YouTube.