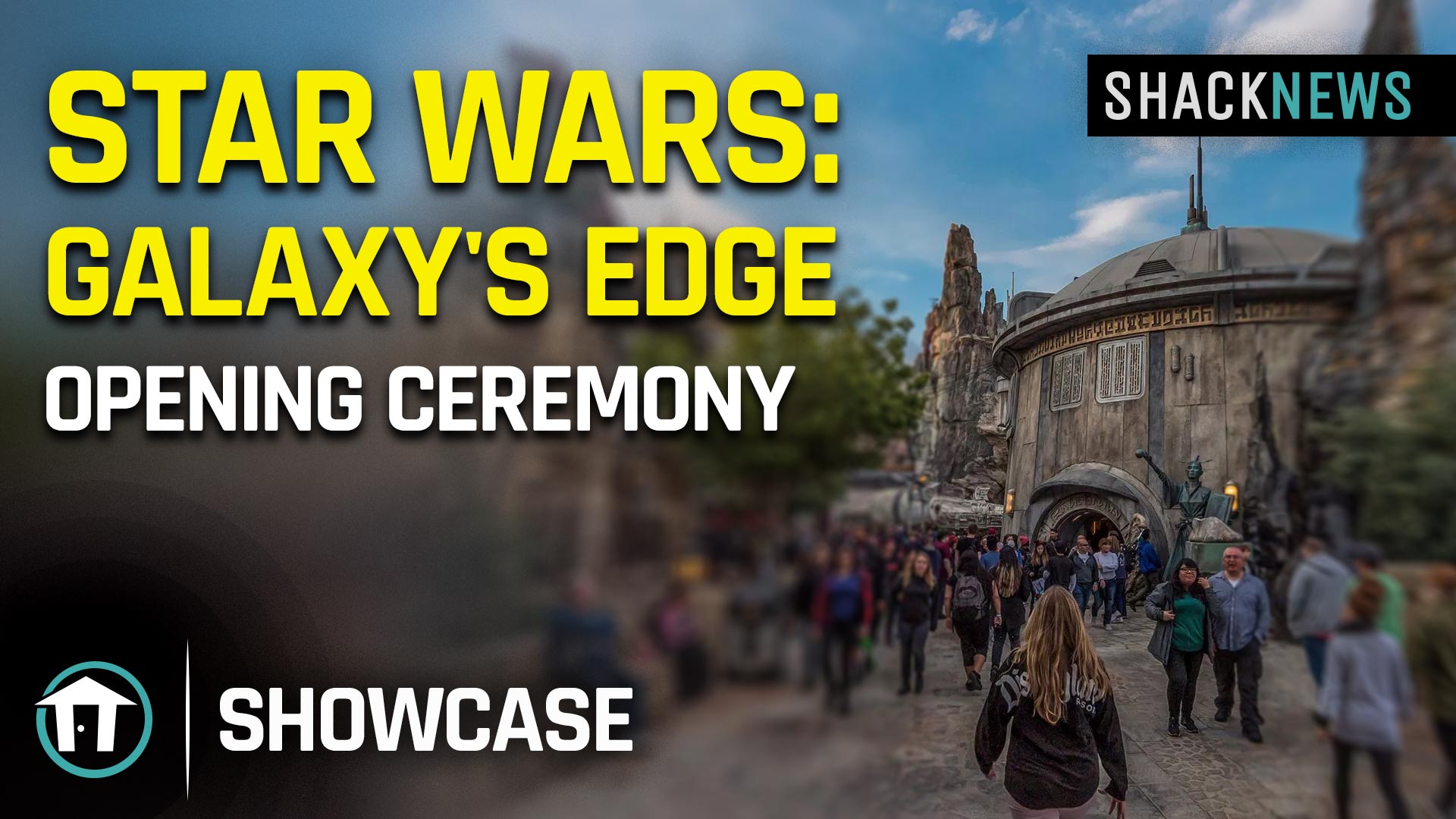 The highly anticipated Star Wars: Galaxy’s Edge held its opening ceremony in Disneyland California. There were surprises, announcements, and sentimental moments riddled throughout the video below. Let’s reflect back on a monumental night in the Star Wars saga.

The Ceremony opens with Walt Disney CEO and Chairman Robert Iger taking the stage to greet fans. He goes on to speak about the origins of Star Wars and its cultural influence. “Some of you fantasize about traveling in hyperspace to be among the most diverse set of characters imaginable” Iger said. Galaxy’s Edge looks to offer these cinematic experience. In the world of Star Wars, there’s something for everybody.

Galaxy’s Edge is often touted as the largest scale project Disney Parks have ever tackled. Bob Iger reinforces this point when discussing the early stages of the park. “When I first met with the imagineers...my message was clear: don’t be ambitious. Be the most ambitious you’ve ever been.” He goes on to emphasize how important it was for the team to really push the boundaries with this park, seeing as they were “building on the legacy of two extraordinary visionaries: Walt Disney and George Lucas.”

Speaking of George Lucas, attendees were treated to a pleasant surprise when the creator himself hit the stage. Not only was Lucas in attendance, but Star Wars veterans Mark Hamill, Harrison Ford, and Billy D. Williams also made an appearance. One of the biggest highlights of the night was Harrison Ford paying tribute to the late Peter Mayhew, who played alongside Ford as the mighty Chewbacca.

For more on Star Wars: Galaxy’s Edge, check out our exclusive interview and first look at the park with the Executive Creative Director on the park. Be sure to subscribe to Shacknews and GamerHubTV on youtube for more Galaxy’s Edge content.