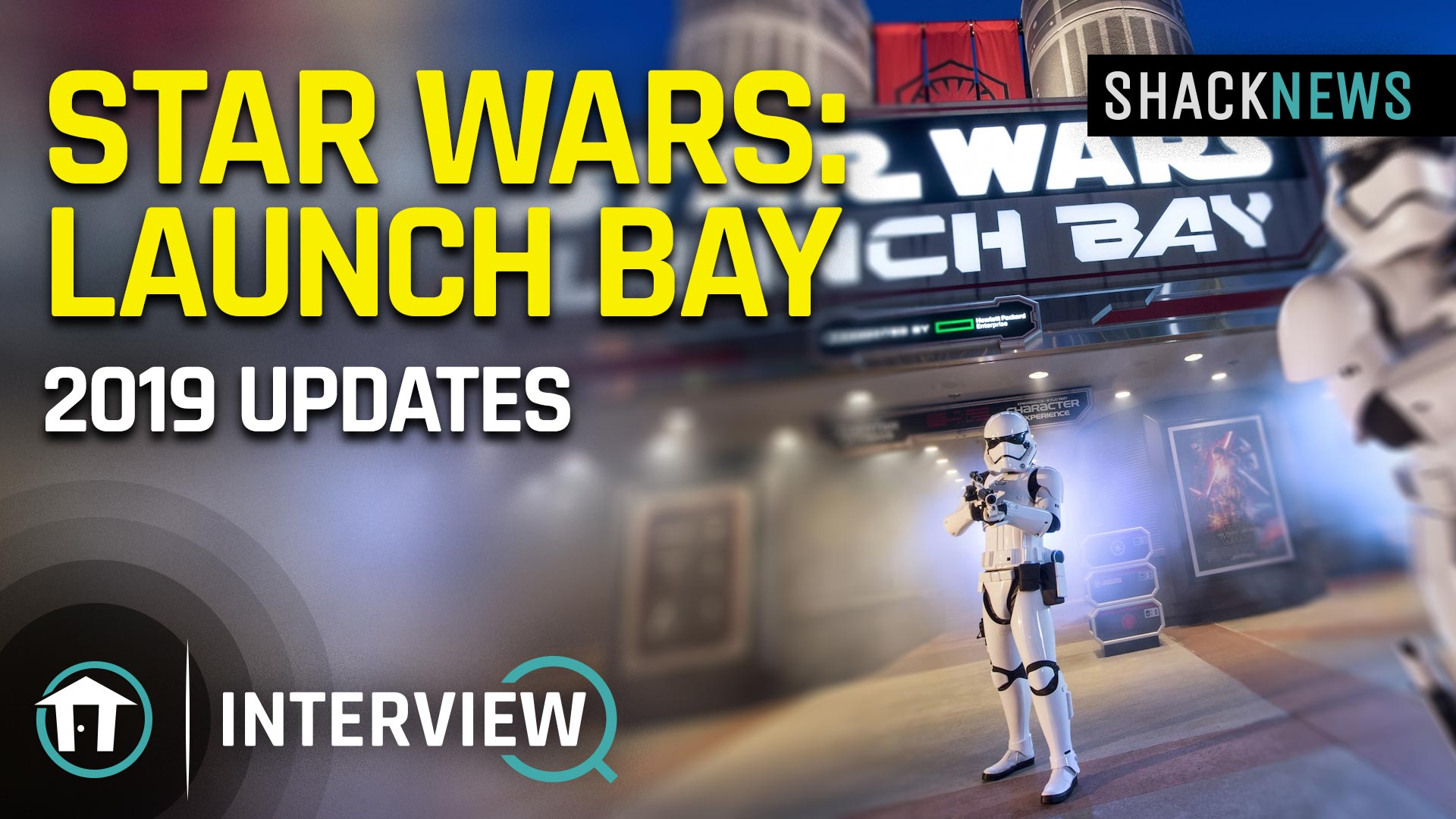 Star Wars Launch Bay has been around for a few years now. Located at Disneyland Park and in Hollywood Studios at Disney World, it serves as the hub for all things Star Wars. With the epic and super ambitious Galaxy’s Edge on the horizon, it may seem as though Star Wars Launch bay will soon fade into the background. However, the team behind the parks insist that there is more in store for this attraction based on a galaxy far, far away.

We spoke with Kate Pappas, the managing producer at Disney Parks Live entertainment about Star Wars, Launch Bay, Galaxy’s Edge, and new additions to the parks. She speaks about how attendees are treated to a short film upon entrance to the Launch Bay. “Hear from the filmmakers… get a little behind the scenes on how they developed the films.” The footage shown at Star Wars Launch Bay provide an in depth look at the iconic saga with exclusive footage and interviews.

Another significant part of Launch Bay is how it replicates beloved characters and properties from Star Wars. Pappas chatted about how fans can see recreations of the different vehicles, weapons and costumes from the movies. In addition, there’s an opportunity to meet the characters that bring the saga to life. Take a photo with BB-D, or confront the villainous Kylo Ren. Star Wars Launch Bay looks to retain fan interest by constantly updating and reinventing itself

As mentioned in the interview, the content featured at Star Wars Launch Bay is tailored to coincide with the latest movie release, so you can expect more changes to come this December when Star Wars Episode IX: The Rise Of Skywalker hits theaters. For more behind the scenes looks at what’s new at Disney Parks, subscribe to the Shacknews and GamerHubTV youtube channels.

ShackStream: skankcore64 Episode 93 - Vintage point-and-click with a touch of undead